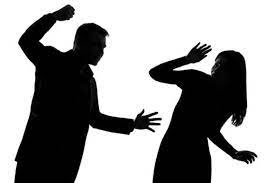 There are many ways to be abused.  Financial abuse is one of them, and not often talked about.

On Reddit, this plea from a woman who lost her job and "just discovered" her husband ran up $90,000 in credit card debt:

1) I only recently found out that my husband has been secretly building up $90k in credit card debt. He was paying just the minimum until he could no longer do that and I found out when a card was declined. It includes medical debt for our kids. He was helping his mother out without my knowedge. Some of it was just wasteful spending. He's always paid the bills, and in 24 years we have never carried any debt before other than a mortgage, not even a car loan. Our credit rating is fantastic. So believe me when I say I had no idea.

2) I recently went back to school after being a stay at home mom and got a degree but lost my first job within 3 months. I've been applying like crazy for 6 months now with no luck. It doesn't help that I'm older and haven't really worked in 15 years. I am now working 55-60 hrs a week in retail while I'm looking, but even with those hours, the pay is not close to what I need to make a dent in that debt.

3) Our kid starts college in a month and we were counting on my income to help. We don't have the down payment for her tuition.

4) Husband refuses to declare bankruptcy because he is proud and says "it's only money" and that I will find a better paying job and we can pay it off if I put all my income to it in the next few years. Apparently, he thought our income would double when I graduated and so he just started spending it ahead of time.

I'm very depressed, very angry and at a loss on what to do.

This is a pretty clear example of financial abuse and it happens more often than you think.   A marriage, instead of a partnership, becomes a "race to the bottom" where each partner tries to get the most out of the relationship (in terms of possessions or money) before it all falls apart.

And like with physical and sexual abuse, I believe that men are largely the players in financial abuse as well, although women can also play this game - spending a family into the poor house, while having a good time, themselves.

Living here on retirement island, I've seen examples of financial abuse.   Usually, it isn't discovered until one spouse dies, and then the surviving spouse - who did not handle the finances - discovers they are in a world of woe.

In many traditional marriages, the wife is usually 3-5 years younger than the husband.   And since women live longer than men, retirement communities tend to trend female over time.   Husbands die early, leaving the wife to soldier on with what is left of the marital assets.  Often there is little left.

What would cause people to do this?   And how can it be stopped?   Well, to answer the first question, some people use emotional thinking to self-justify whatever it is they want to do.   Others have gambling habits, mistresses, or drug problems, that they are keeping a secret from the wife.   My own father spent an inordinate amount of money on a mistress that was blackmailing him - money that was a joint marital asset.

The second question is easier to answer:  Never let anyone, even your spouse, control all the purse strings.   You should know the names and account numbers of all your investments, bank accounts, and other assets, held separately or jointly by the both of you.   You should also know the amount of debt you have, how many credit cards you have, and what is being spent, on a monthly basis.

You need to know this information for a number of reasons.  First, if your spouse dies, you need to know where all the money is and who you owe.  Many a spouse has discovered that their husband's record-keeping was less than stellar, and as a result, they had no idea about the monthly finances, how much the bills were, or who they were even paid to.   When you are planning a funeral, it is not a good time to be trying to sort this stuff out.

Second, a marriage should be a partnership, and you both should have everything in joint accounts, including your credit cards.  This idea of "her money and my money" is just ridiculous.  If you want to live that way, why bother getting married?   In addition, you really shouldn't have secrets from each other, particularly financial ones.

Third, two heads are better than one.  If the wife in the above scenario had been keeping up with the bills and investments, she would have noted the increasing debt load a long time ago and talked to her husband about it.   Or at least tried to.

But sadly, financial abusers, like physical, emotional, or sexual abusers, use financial power to intimidate or control their spouses.  In this example, the husband refuses to declare bankruptcy, putting his personal pride above the needs of his own family.   Divorce, expensive as it is, might be a better option.  It doesn't sound like much of a marriage to begin with, does it?

What amazes me, is how people can live like this for years and decades, with a spouse who clearly is selfish and self-centered, and is also abusive in this manner.   It is also hard to believe the warning signs of impending financial collapse were not seen by the wife sooner.   It doesn't sound like either husband or wife bothered to budget or live within their means - but just went out and spent money they didn't have on things they felt entitled to owning.   I am sure they both have the latest smart phones and all the cable channels, too!

If you let your spouse handle all the bills and finances, that's fine.  But you should be able to log into these accounts and figure out what is going on and where the money all is.  You should know this stuff.

Calculating your net worth (listing up all your assets and debts) on a monthly basis is one way of keeping track of this.   The Merrill Edge Net Worth Calculator, despite its flaws, can be a handy tool to see which way your financial situation is heading.  Creeping credit card debt would clearly show up on such a report.  Your net worth is like an altimeter on an airplane.  Without this piece of data, you have no idea whether you are flying high, or about to crash into the side of a mountain.

I print out a monthly net worth calculation and give it to Mark.  If I die, he knows where all the money is, what we own, and who we owe.  I also keep binders with monthly statements an information for each investment.    And when we make purchases, we talk about them jointly and reach a joint decision.  No one goes out and buys things (more than $100 or so) without consulting with the other.   It seems like such a simple thing, but I guess it eludes most people.

Thus, while it is tempting to "feel sorry" for the lady in the story above - and blame her husband for clearly abusing her financially, she does bear some culpability in this scenario, for not taking an interest in her own financial life and lifestyle.   You can't be a co-pilot in a marriage without at least occasionally glancing at the instruments!
Newer Post Older Post Home
View mobile version