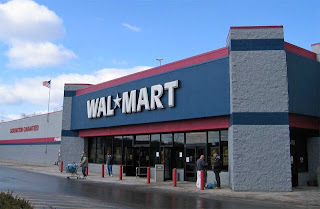 I was talking with a lady the other day and she made a very odd comment to me.  She mentioned that where she grew up, in a modest middle-class neighborhood, there was a family living on the street who was fairly wealthy, but chose to live in a middle-class neighborhood and drive plebeian Chevies like all of their neighbors.  "We hated them," she said, "stooping to our level of living!"

Of course, to my mind, they were smart folks - having money (apparently - how would others know?) but instead of "moving up" to a nicer house and fancier car, decided to live the very comfortable middle-class lifestyle that we have in America and then bank the rest of their money.

That's cheating, of course.  In America, we are supposed to not only spend up to our income level, but borrow even more to go to the next level.  And our entire society is structured around this belief system.  The wealthy couple living in middle-class suburbia were literally heretics.

General Motors used to have a saying (back in the Sloane days) "a car for every purse and purpose".  You were supposed to start out in life with a Chevy - maybe an "OK Used Car" from the local Chevy dealer and then work your way up the chain, trading every three years, from Chevy, to Pontiac, to Oldsmobile, to Buick, and then - if you were lucky or retiring - a Cadillac.

As you worked your way up from the mailroom to the executive suite, you were supposed to buy a bigger house, fancier clothes, country club memberships, and of course a fur for the wife.  It was the American dream - a sign you had "made it".

Since we lived in a society where you pledged loyalty to one company for life - and they provided you with a pension based on your income - the name of the game was to spend as fast as you made it - and borrow a dollar more.  You worked your way up the ladder, one run at a time.

But of course, since those days, the rules changed.  And they changed in 1978 when laws were passed creating our present IRA/401(k) system, and suddenly, you had to be an investor and not a consumer anymore.   But no one called down to bar and explained this to the great masses, who were still interested in impressing the neighbors with a stainless steel refrigerator or one of those fancy new front-load washers.

The thing about the "ladder" view of life is that while you may spend more - a lot more - on upscale accessories for your life, you really don't get a corresponding amount of value as a result.  As I learned the hard way with BMWs, and by watching my friends with their Mercedes, you can spend 3-4 times as much on a car and only get maybe 1.5 times as much car.  Certainly you don't get a car that lasts 3-4 times as long, or even as long as a more plebeian Toyota.

The name of the game, therefore is to go after value not status.   And what you realize after shopping around is that spending a lot of money on stuff that costs 3-5 times as much as what they are selling at Wal-Mart (often the exact same products) is stupid.   Granted, there are some things in life worth spending more money on.  But not all things.    A box of crackers from the upscale supermarket is $6.  It is $1.99 at Wally World.  Same damn box.

But yet there are those who think they are "too good" to shop at Wal-Mart or Dollar Tree.   They have bought into the ladder view of life and think at their income level, they are entitled to and should shop at a certain class of store.   And this sort of thinking is nothing new, as I have noted before.  In the small town I grew up in, my Mother always shopped at the small IGA (which had higher prices) rather than the cheaper A&P (on the poor side of town).   It was food shopping based on status alone.

But like the family I mentioned at the start of this piece, there is a way around this sort of nonsense.  If you can live a nice comfortable middle-class existence, while your income climbs in life, you can accumulate wealth rather than spend it faster than you make it.  The temptation is, once you get that good-paying job, to take a quick trip to the Lexus dealer to show all the other plebes that you've "made it" finally.  But in reality, you are not "making it" but increasing your level of squander to match your increased income.

I try to live the Wal-Mart lifestyle.  And quite frankly, it ain't all that bad.  All the crap you own in your life, from your big-screen TeeVee to your iPhone 6, they sell at Wal-Mart - for a lot less money that you'd pay at other places.   And at the Dollar Tree, well, they have some nice stuff (and some real shit) but it's all a buck.   Why spend more to have about the same?

And why buy a fancy car when a regular kind works just as well - particularly these days when all cars are made from the same parts and sometimes on the same assembly lines?

For the very poor, of course, there is no choice.  But often, these are the folks who crave "upscale" goods the most - and pay the highest possible prices, using credit or rent-to-own schemes.   But the types of goods we may look down on as "plebeian" are often quite well made and ironically more reliable than upscale goods.  GM made millions of their J-body cars such as the Cavalier.   BMW made 300,000 of their Z3 roadsters.  Guess which is a more reliable car?

For me, the bonus is that by living below my income level, not only do I accumulate wealth, but I can afford not to work if I don't have to.   And not working and not being constantly beholden to others, well, that is the greatest luxury that I can think of.
Newer Post Older Post Home
View mobile version