Why Do We Feel So Put Upon (Watching Television)? 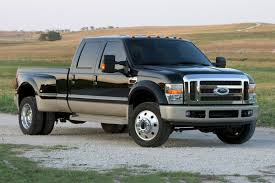 People in America are quick to tell you how bad they have things.  Yet we are among the wealthiest people on the planet.  Isn't it a bit obscene to complain while at the all-you-can-eat buffet while others are starving?  You bet.


Traveling across America by RV, there is no shortage of people you meet willing to complain about how rotten life is for them.   A lady working at Wal-Mart whines that when she has the oil changed on her big-dually quad-cab 3/4 ton pickup, she has to pay extra because it takes 15 quarts of oil for the diesel engine.

I stand there and marvel at the irony of it all.  A woman working a low-wage job at a retailer "needs" a 7,000 lbs pickup truck the size of my house, in order to commute to work.   But then I realized that she weighed 350lbs and her husband weighed 400 lbs and with the entire family, well, 3/4 ton capacity was simply not enough to haul them and their groceries.   Thank God they are not among America's "hungry" although they do get a little peckish around 3:30 every afternoon.  Fortunately, the McDonald's in the Wal-Mart has 350 calorie "snack wraps" you can nibble on between meals.

OK, so maybe I am a bit fed up.   I've had enough of whiny Americans - who want it all and want to blame 'the gubment' for everything that goes wrong in their lives.  And by "go wrong" I mean their credit card debts and jet-ski loans.  We have become a nation of weaklings, it seems.   And the first person who comes along and tells us "it's not your fault!" we will vote for.

It scares me.   Why?  Well, simply stated, we have it so well here in the United States of America - often at the expense of the rest of the world.  And if this isn't good enough, well, nothing ever will be.   On the Right, I hear from folks who tell me that Obama is taking away all their money from the non-existent taxes they pay (most lower class people and retirees pay little or no taxes).  On the Left, we are told the "1%'ers" are taking away all our money through "income equality".   Neither are happy with what they have - which is an awful lot, if you stop to think about it.

The fellow complaining about Obama taking "all his money" has a huge monster truck and a 40 foot 5th wheel travel trailer.   And he is not some weird anomaly.  All through the Midwest (or anywhere in the US) are huge lots selling such RVs.  Despite how "rotten" our economy is, an awful lot of these rigs are sold, and an awful lot more are going down the road every day.

The Leftist who bends my ear about income inequality has to interrupt the conversation to answer texts on his new iPhone.  And of course, he (or she) sports about $5000 in tattoos and piercings (if not more).  Of course, he is not concerned for himself, but for the "little people" who he is fighting for.  You know, that factory worker who voted for Romney and complains that Obama is "taking all his money".

I sort of have reached my limit on this.  The next person who steps out of his $100,000 RV and tells me how rotten he has it, gets smacked across the face.  OK, maybe just in my imagination.   But pray tell, where do folks like this come from?

Well, the answer is simple and in two parts.  First, it is human nature.  No matter how bad things get or how good they get, people whine about how bad they have it.  We adapt to our environment and what seems like the ultimate luxury at first glance, seems to be plebeian trash upon repetition.  When the New York City subway system first opened, people boarded it in the morning, oohing and aahing over this marvelous new technology.   However, as reporters at the time noted, by that afternoon, jaded New Yorkers acted as though riding the subway was nothing special - something they had done all their lives.  And no doubt, they were already picking at the flaws in the system. It is human nature.

The second part of the problem is television.   There are vested interests in this country who want you to feel put upon, no matter how good things get.  In fact, the better things are, the more they want you to feel put upon.  And yes, I am talking about Fox News.  It ain't hard to spot a chronic Fox New watcher.  They will bend your ear for hours about how rotten things are and how worse they are going to get.   I met one recently and he tried to convince me that the Civil War was fought by the North through the use of Hessian mercenaries.  Clearly he had been fed some line in relation to the current "controversy" about Confederate battle flags.  The truth, of course, can be found in the war memorials in every small town and village throughout the Northeast - to the volunteers who set out to preserve the union and abolish slavery.

But no, that doesn't fit the story line told by the television - which tries to re-write history at the same time.  The Civil War wasn't about slavery.  No, no, it was about "States' Rights" - the right to hold slaves (in 1865) or the right to enforce segregation (in 1955).  For some odd reason, whenever "States' Rights" are brought up, black folks seem to get the short end of the stick.  But once again, I digress.

The reality is, in this country, we are well fed and have an over-abundance of overpowered internal combustion vehicles, nice houses, and electronic toys - all the better to tweet and text how awful it all is.   We fly our rebel flags in protest - from the beds of our 10 mpg pickup trucks.  And the irony seems to be lost on most of us.

The reality of our situation is this:  We are a remarkably wealthy country, regardless of the ravages of Obamacare or Income Inequality.  The real problem, for most Middle-class Americans isn't the external forces oppressing them, but the financial stress they put themselves under, in order to have all the "things" they decide they have to have.  We trade real wealth for apparent wealth.  We trade money in the bank for a "rewards" platinum card.  We borrow when we should save.  And we blame others when it goes horribly wrong.

And sadly, few people in the US see it this way.  The reason for our problems isn't our own malfeasance, but the actions of others.  And until this mindset changes, nothing will change for the better.
Newer Post Older Post Home
View mobile version