Freeze Your Credit? Not So Easy! 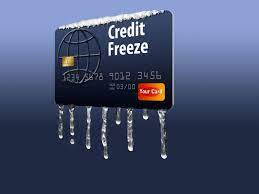 Should you freeze your credit? It's not as easy as it seems.

After the recent Equifax security breach I'm sure a lot of you are feeling the same way I did. First, I felt that the media was trying to scare us to death with a lot of horror stories about how everything we have will be taken away from us and how we will be ravaged by internet thieves operating from deep within cyberbunkers in the heart of Russia.

The second feeling is one of anger. Why should it be so easy for people to get credit with just a name and social security number? And why should it be so hard for a person who is innocently caught up in one of these deals to extricate themselves from it?

A recent article online illustrates both aspects of this issue. The journalist describes how he spent three years in hell trying to extricate himself from an identity theft scenario.  However he doesn't explicitly set forth how his identity was stolen - and I get suspicious when I hear only half the story.  In many cases when you hear these horror stories, there is usually some friend or family member involved who does the initial identity theft.  The journalist claims that the thief was able to obtain a driver's license in the journalist's name with the thief's picture on it.

I'm not sure how this is even possible.  As I noted in my recent posting about the DMV, you now need three primary forms of identification including something like a birth certificate, passport and social security card as well as a previous ID or utility bill in order to get your driver's license renewed - much less to get a new driver's license. So there's something more  to that story there,  but the journalist is not being forthcoming about it.

But he correctly points out that it is very difficult once your entity is truly stolen (and by identity theft I don't mean somebody stealing your credit card number, that's just plain old credit card fraud), it can be difficult to extricate your self and have these issues settled.

The journalist recounts how he had to deal with Bank of America to try to convince them that he never opened up several credit cards with their bank. They finally straightened out the matter, but since Bank of America wrote off the debt is bad debt, they sent him a 1099-C reporting it as income to the IRS, creating more problems.

In addition, he recites how he was stopped and searched every time he had to travel abroad to see if he was transferring currency overseas, as the credit card Thief had stolen a large amount of money and he was on a watch list. It truly was a nightmare.

But his case was unique. The thief was local and in the United States and was caught and sent to jail. In most cases, as I illustrated in my credit card and debit card theft postings, most criminals merely make a mad grab for cash once they have your credit card or debit card number. In the old days they would try to charge an airline ticket and then cash it in, which many airlines foolishly allowed people to do. As I noted in my debit card posting, they used my debit card to buy ads on the internet to sell nonexistent dogs other people in a layers-of--the-onion type of con.

Some news articles suggested that people put a credit lock on their accounts to prevent others from opening credit in their name without written approval. This is possible to do, and I've done it in the past. It is a bit of a hassle with some of the agencies, as when you want to release this credit lock, you have to submit paperwork or go online and sometimes pay a fee to have it locked and then unlocked.

So, I figured this was good blog fodder, and I would try the three different Credit Agencies and see how their credit locking systems work.

Experion has an easy to use link - but wants three bucks for the service!  Screw That.   Quite frankly this is where we need reform in the credit reporting industry. People should be allowed to lock and unlock their credit reports without having to pay a fee. And in some states you don't have to pay a fee while in another state you do. Again, we have this crazy Patchwork of laws United States which make no sense at all. I'm just guessing here but I bet that blue States probably don't require a fee and red states allow for a charging of a fee. The way the Credit Agencies put it, the states requiring them to charge a fee in some instances which is really not the case. But they say it that way so it makes it sound like they're not the bad guy.

If you pay $3 to each agency, that's $9 every time you want to lock and unlock your credit.  Just a crazy idea, but maybe this should be a free service, as after all, it is just setting a byte in a computer file, not some onerous task they have to perform.  Here's an even crazier idea - why not have every file locked by default?  Why should it be so easy to get credit without proper identification or even being there in person?  I know, I'm crazy.  Right.

Equifax, which started this whole mess, also has an easy-to-use link, but since they are being bombarded by requests (my guess anyway) the system reports:

To make a security freeze request with the other national consumer credit reporting agencies, please contact Experian and TransUnion:

Thank you for giving Equifax the opportunity to assist you.

Equifax is recently said that they would waive the $3 fee if you wanted to put a lock on your credit report. Either their system is now being overwhelmed by the number of people using it, or they are intentionally slowing it down so that bombs out for most people so they don't have to eat this $3 fee until for the time being at least.

UPDATE:  The link now works, and yes, it is free, at least for the time being.

Of the three, Transunion had the easiest system to use.  They correctly point out that fees may be charged if you use a traditional freeze, so they offer TrueIdentity, which allows you to set up an account.  It is a bit cantankerous to use (shouldn't it be?) but once set  up, you have a dashboard of controls, including a credit freeze that requires only one click.

Like Credit Karma, they are monetizing the system by making credit card offers, and of course, up-selling credit monitoring services.  It also allows you to have texts sent if anyone tries to open credit in your name.   All it all, it seems to work pretty well and is the best of the three.

So far, Transunion is the clear winner here - at least offering a free service that is easy to use, even if they are making a buck from it in other ways (hey, that's Capitalism, right?).


Should you put a lock on your credit report? For me it is an easy question, as I no longer have any need for credit. The potential hassle of identity-theft, albeit small, makes it worthwhile to put a lock on the credit report, provided it doesn't cost me anything to do so or the cost is very little.

I will retry the Equifax credit lock in the future and see if I can get it to work. Whether I will pay $3 for the Experian lock remains to be seen.

For others, who use credit more often, a credit lock might be more of a hindrance. Many people change credit cards every year or every other year, or trade-in cars regularly, and they have to apply for new car loans. Others are constantly refinancing their homes to take out cash or taking on other forms of credit such as consumer credit to buy purchases like furniture and appliances.

Of course all of these are all very self-destructive economic habits. And maybe a credit lock is a good way of disciplining yourself not to sign up for that 12 months same-as-cash, or an easy-credit nothing-down loan for the new sofa.  Maybe it is a the pain in the ass to have a credit lock, and having to pay $3 to remove it might cause you to think overnight about whether you really need to finance something that you don't really need in your life.

On the other hand it shouldn't cost you anything either.

UPDATE: Senator Elizabeth Warren is proposing a new law which would eliminate the $3 fee for freezing and unfreezing your credit. Some have argued that consumers should be allowed to lock and unlock their credit for free, without having to resort to using free credit monitoring services such as offered by Transunion and now Equifax.

While I commend Senator Warren's attempt, I am sure there will be cries from the Republican party that this is another example of "unnecessary regulation" in the marketplace. This shit never ends, does it?
UPDATE 2022:  Since I wrote this, it has become easier - and free - to freeze and unfreeze your credit report with at least some of the agencies.  You can actually unfreeze your credit report for a predetermined amount of time and have it automatically re-freeze thereafter.
I guess the banks got tired of paying for all these fake loans!
Newer Post Older Post Home
View mobile version