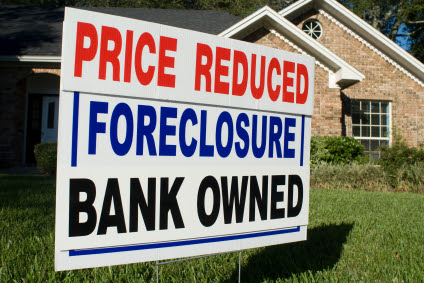 The combination of wild speculation, staggering insurance rates, and high property tax rates made houses suddenly unaffordable in places like South Florida in 2007.   Could the same thing happen again?  You betcha!


A recent article on Quartz says what I have been saying all along - the housing crises of 2007 wasn't caused by poor people buying houses they couldn't afford (That wily Bill Clinton, with his "Community Re-investment Act" plotted it all out a decade earlier!) but rather middle and upper-middle-class people buying houses and thinking they were made of gold - driving up prices to the point where no one could afford to buy them and live in them.

I was there, on the ground, in South Florida, in 2005, investing in Real Estate, and I got the hell out when people offered me nearly double what I paid for my condos only a few years earlier.  I had seen the same thing happen in 1989 and wasn't going to get caught twice with my weenie in the wringer.  It had bubble written all over it, and no, the people buying it weren't poor (code word by the Right for "black") folks buying under the CRA, but schmucks like myself, who thought they were going to "make it big" in Real Estate, but lost it all.   I sold out and did OK.

This CRA theory was propagated two years after the crash, once Obama was elected.   People wanted a way to blame black folks, and of course, they blamed the whole thing on Obama, and in a Mandela-Effect type scenario, claimed that he signed the bailout of the banks (he didn't, it was Bush).  Racism of course, had more than a tiny bit to play in this narrative.  But it wasn't blacks, it was largely wealthier whites who defaulted in droves on houses they bought as speculative "investments" using liar's loans and whatnot.

The buy-and-flip mentality was only one leg (the biggest one, of course) of a three-legged stool.  The staggering cost of hurricane insurance after a number of hurricanes in the 2000's as well as property-tax jacking, made these houses unaffordable to anyone, so everyone started to sell at once.

As I noted in another posting, we knew the end was near when they bulldozed our favorite Italian Restaurant in Pompano Beach and built the first of a series of high-rise condos.   On a lark, we went to look at them, finding out that the "most affordable" unit, a one-bedroom on the second floor facing the dumpster, was $850,000 in "designer ready" fashion - meaning it was a bare concrete cube with stubbed plumbing that would require another $100,000 to $200,000 to finish.

Worse yet, the condo fee was over $3000 a month and included little other than access to your own tiny locker in the walk-in cigar humidor in the lobby.   The taxes at the time would have been at least $8000 a year, if not more, and the insurance another $4000 a year, including hurricane insurance.   Add it all up, including the cost of a mortgage, and you have a one-bedroom undesirable apartment costing $7500 a month or more.

Bear in mind, you could rent a house with a swimming pool only blocks away for about $1500 a month.   Who in their right mind would buy these things?   The answer was, no one, and the entire nightmare went bankrupt and the other towers were never built.

But this had an overflow effect on other properties.  We looked at a two-bedroom house on a canal for about $800,000 which had sold only a few years before for under $400,000.   I felt that it was ridiculous to pay someone more than twice what they paid for something they bought only three years' prior.  But even without the ridiculous condo fee, the insurance (particularly on the canal) the taxes, and the mortgage would mean we'd have a monthly cost of about $5000 a month.   The house next door rented for $1500 a month.

We got out and sold everything.  It was a bubble, and no it wasn't black people causing all the problems, it was middle-class and upper-middle-class white folks who got into this "buy and flip" mentality, which is still with us today, as the "home channels" promote shows that cater to that trend - often set in Canada, which is the middle of a similar bubble.

We are likely to be hit by three hurricanes in a row - Harvey, Irma, and possibly Jose.   The damage they inflict will cost tens of billions of dollars, and much of this will be paid for by insurance.   But the insurance companies will raise rates as a result, or like State Farm (after they were unfairly asked to cover flood damage under standard fire policies) simply stop writing policies in coastal areas - which in turn will allow the remaining companies to raise rates.   And the national flood insurance program will have to raise rates as well.

And guess what?  Most people have a mortgage and their mortgage company requires them to have flood, wind, and fire protection.   Insurance isn't optional.   As a result, people will be priced out of their homes based on insurance costs.

The tax thing is also interesting.  When we bought our condos, they were assessed very low - and so for the first year, the taxes seemed reasonable.  But then they were assessed based on the sales price we paid and the taxes doubled.   The folks we sold them to went through the same sense of false security, until they were reassessed in year two.   Suddenly, taxes were a big chunk of the expenses in renting these condos out and then the insurance goes through the roof and the condo fee goes up to pay for other repairs and... well, the positive cash-flow deal we had didn't quite work out for them.

Could the same thing happen again?   Well, I see no reason why not.  We are already in a situation where in many parts of the country, speculation is running rampant - perhaps not as bad as it was in 2005, but bad enough.   When it costs substantially less to rent a property than it does to own it, something is wrong with the market.   When it costs double to own it than to rent it, you are in a bubble, for sure.
Newer Post Older Post Home
View mobile version