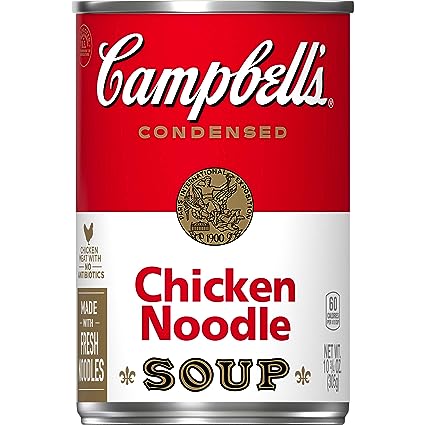 Meal kits are nothing new, back in the day, we called them canned goods or frozen foods.

I noted in an earlier posting that meal kits are the latest fad.  In our recent trip to Wegmans we noticed they were pushing a lot of pre-prepared meals that you can easily take home, combine ingredients, and cook, to prepare a meal - but of course at a pretty steep cost.

At the same time, we are reading in the paper about how traditional food companies which sell "Packaged Foods" are struggling in the marketplace.  Companies such as Kraft and Mondelez and Campbell Soup are struggling to sell their traditional products, which in effect are meal kits from days of yore.

During our travels we were in an antique shop and bought an old 1960's Campbell's Soup cookbook because it was kitschy and mid-century modern.  The cookbook had lots of recipes on how to make all sorts of casseroles and other dishes, which of course required the use of Campbell's Soup or Pepperidge Farm products (from the same company, of course).

These, of course, were a far cry from the meal kits of today which often include fresh produce and other fresh products, rather than canned or other preserved elements. Consumers today are not content to make their Mom's casserole using Campbell's cream of mushroom soup and a bag of egg noodles.

Perhaps the problem lies in the packaging.  The young people of today look at canned goods as something from an earlier era - sort of like rusty old mason jar lids found in grandma's basement.  We noticed that overseas, cans are making way for new forms of packaging, including foil seal pouches which often contain prepared meals.  Many food companies selling Indian foods often have prepared meals in these type of vacuum-seal pouches which work the same as cans only don't use the traditional round metal form.

Maybe the solution for the packaged foods companies is to switch formats and sell food products in foil pouches along with instructions on how to combine them with other ingredients in a form of meal kit. This might resonate more with the current generation.

The key is in the marketing.  You have to make the package appeal appear trendy and appealing to the new generation. On the back of the package, list what other ingredients are needed, such as rice, potatoes, pasta, or vegetables.  And most important of all, on the front of the package, in large red letters write the words "Meal Kit" because that's what they want to bite on.

It could be the exact same shit you were selling in a can that week before, but if you repackage it and re-purpose it for the new generation, you'll sell them like hotcakes.
Newer Post Older Post Home
View mobile version