What Passes for Thought Today 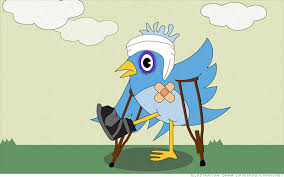 Social media has literally changed the way we think.   People today are more easily influenced by peer pressure than anything else.


A reader sent me a link to a Twitter "debate" regarding a recent video by Alexendria Ocasio-Cortez, whose name I have to look up every time I type it, because I can't remember how it is spelled.  Probably I am an old-school racist or something, but I recall the days when everyone had one-syllable names like Chuck, or Tom, or Fred.  Maybe girls could have two syllables, like Nancy or Mary or Susan.   But it wasn't so hard to remember how to spell someone's name, and we didn't go in for this hyphenation nonsense.  But I guess we live in a multicultural world these days, so I'd better get used to it, Buster!   But I note that even her supporters have thrown in the towel and call her "AOC" rather than risk misspelling her name.  But I digress.

What appalled me about the Twitter "discussion" wasn't the topic - apparently Ms. AOC thinks that algorithms are racist or something, but how the discussion was superficial and quickly degenerated into a torch-and-pitchfork parade with any contrary ideas shouted down.  It was not a discussion or debate, but a series of shaming and damning tweets, along with "arguments" that amounted to little more than Citation to Authority and Credentialism, the former being a form of the latter.

I discussed Credentialism before, and why it is not an argument at all.   Credentialism is pretty simple to understand and simple to understand why it is wrong.   And it is tempting to use, too - I find myself trying to use this "shortcut" rather than make actual arguments.   If someone blathers on about Patents or Trademarks or something, it is temping to just say, "Well, I've been in the business for 30 years, so what I have to say about the topic is the final word!"

But that rarely convinced anyone of anything.  You are better off explaining things rather than relying on your credentials to carry the day.   If someone confuses Patents with Trademarks with Copyrights (which I see all the time in the mainstream media - including the New York Times, the Wall Street Journal, and the New Yorker - all of whom have said bonehead things like "He Patented his Trademark!" or similar nonsense) it is better to simply explain the difference rather than be a blowhard and say, "I'm a freaking expert!  Listen to me!"

But of course, being a blowhard is so much more fun!  And we all do it - it is a human thing.

The problem with Credentialism is that, of course, you can't answer a credentialist argument, other that to argue that you have better credentials, and then the argument devolves from the issue at hand, to who has the better credentials.   Don't have credentials?   Then you are always wrong and your opinion on anything doesn't matter.   Neat little trick, this credentialism, ain't it?

The additional problem with Credentialism is that it is always suspect.  We can't go back to your Alma Mater and vet your credentials, even if we wanted to.  In Internet discussions, credentials can be made-up or exaggerated.   The guy who says "I've been a software engineer for 20 years!" may or may not be one.  He might be a 14-year-old kid typing on his cell phone while playing a video game.   We have no way of knowing.

The other problem is, even credentialed people are often wrong about a lot of things or in fact, often do bonehead things.   So-called "experts" are often dead wrong, as we are finding out in court cases where "blood spatter experts" and "fire experts" turn out to be anything but - building up forensic "sciences" from whole cloth - oftentimes with people ending up wrongfully convicted.

People like Bernie Madoff had the best credentials in the world - indeed, that is why people invested in his Pozi scheme.  Or this guy who is running Sears - into the ground - he was an expert hedge fund manager - so he must know, right?  Relying on credentials is a sure-fire way to end up in a world of woe.  Experts can be and are often wrong.  Analyze the argument not the credentials.

Citation to Authority is a similar argumentative technique to use when you've run out of ideas.  If you are not a credentialed expert (and can't fake the credentials - come on, it's the Internet!) you can simply cite to a scholarly article or even YouTube video (I kid you not) by someone else who is allegedly an expert, and then say, "See, Mr. Smart Guy says I'm right, therefore I'm right!"

It is a fascinating way of arguing and a good way to put your opponent at a disadvantage.  The only way he can refute the argument is to vet the article and the expert in question and then analyze why the article is wrong.  You've changed the entire argument from the facts in question to a tertiary discussion as to whether such-and-such an expert is right or wrong about something.   But of course, your opponent isn't going to bother to even read the article - thus it is a neat way of shutting down discussion rather than engendering it.

The best part is, you can find an article by a "scholarly" person to support any idea from reasonable to asinine.   You can cite voluminous articles that purport to "prove" creationism is right or that even the world is flat.  As we are learning today, there are a host of suspect "scientific" journals out there that will publish anything provided you pay them.  Of course, most people who are actually scientists know that these "journals" are junk - they are used by graduate students and professors to satisfy their "publish or perish" mandate when they can't think of anything original to say.

In the law, we constantly "cite" to previous court cases and then argue that these prior decisions support our view or negate our opponent's view.   The key being, of course, is you have to argue and not merely cite.   And you have to make sure the citation really supports your position.  One way to really piss off a Judge is to cite to a case and argue it supports your position and then have the Judge figure out later on that you lied about that.

Similarly, citing obscure cases from other districts really isn't all that helpful, unless you argue that similar logic should be applied to your case.  For example, citing California cases in other districts, particularly more conservative ones, isn't going to make you any friends.  You can find all sorts of wacky decisions coming out of that State - don't expect it to be controlling law in Georgia.

Because merely citing to authority or asserting your credentials isn't even an argument.  It isn't even thought.

So what's the point of all of this?  Only that it illustrates how people will try to deceive you in everyday life by resorting to trickery (That and that reading Twitter is a sure way to waste your brain away).  The politician will resort to reams of facts and figures to "prove" his argument is correct - and as we have seen lately, often these figures are inaccurate, or have nothing to do with the argument, or in the case of our President, are entirely made up.  In the financial sector, Citation to Authority and Credentialism are both used to smokescreen the unwary out of their money.

If someone is trying to sell you Bitcoin or Gold - or a timeshare or whatever - they will often cite to articles or an "expert" to bolster their sales pitch.   During the height of the Bitcoin madness, most of the arguments for buying this "investment" amounted to little more than links to some "famous financial guy" who got onto television (or merely a YouTube Channel) and promised that Bitcoin or Gold or whatever was going to skyrocket.   We're still waiting for $5,000-an-ounce gold.   I am sure it will happen, someday.  When a burger at McDonald's costs $100, it surely will.

I am not sure what Ms. AOC or her followers are selling, other than the same tired old snake oil of Communism and Socialism.  It seems these days, everyone claims that everything is racist - or misogynist, or homophobic, Islamophobic, or whatever.   And this is not to say these things don't exist, as indeed they do.  But I am not sure that claiming that computers are racist (or that fact-checkers are biased against her, as she has argued) is going to strengthen her credibility.  There comes a point when people say, "Come on, really?"

The reader sent me this link asking me what I thought of Mrs. AOC, or who Donald Trump will no doubt tag as "Ms. Westchester" - as she was raised in that affluent community and not in the down-and-dirty South Bronx as she alleged.
I think she's young, naive, and ineffectual. She won't accomplish anything, but she'll make a lot of loud pronouncements which will resonate with certain demographic groups - and make her a darling of today's click-bait press. The Democrats are using her to fire up what they hope to be a base of young people who they hope will vote in the 2020 election.
And they may vote (although historically, oldsters tend to out-vote them 2:1), but they won't vote for anybody who isn't as liberal as her. Their loyalty to AOC won't transfer to, say, Joe Biden. So I think the entire thing will backfire. This is how Hillary lost. The Sanders faithful would not transfer their loyalties to someone who they perceived to be a moderate.
What we are seeing today is a classic scenario throughout history. Radicals never come into power when everything is going just fine. They want to paint things as being completely horrible and out of control so that their radical solutions seem reasonable. Hitler came into power not because the majority of Germans embraced Nazism - although many did. Rather, he came into power because people thought he was a reasonable alternative to the violence in the streets and the threat of communism. Communists get into power largely the same way - they relish a breakdown in society, as it gives them leverage to argue that society should be overturned.
Many of the Bernie Sanders supporters even said outright this is what their ultimate goal was. They secretly hoped that Donald Trump would win in 2016 so that people would be so appalled by the Republicans that they would vote for anybody - anybody - other than Donald Trump or another Republican. They believed that as a result, people will vote for outright Communists as opposed to middle-of-the-road Democrats - anybody but Trump or a Trump-supporting Republican.
In the Democratic party today, the term "moderate" is a dirty word. In a weird mirror to the situation we saw four years ago, many in the Democratic party are talking about throwing moderates out because they are not true Democrats. It's sort of like that RINO talk we saw a few years back - Republican In Name Only - where people talked about throwing people out of the party because they weren't right-wing enough. And in some instances, they did.
And maybe that is why Ms. AOC is selling this racist-under-every-rock narrative. If racism is so ingrained into our society - even in our computers! - then the only solution is to have a heavy-handed government take over and enforce racial equality.
That appears to be the argument, anyway. Not sure I buy it, no matter how many "experts" endorse it.
Newer Post Older Post Home