Can Smart People Be That Dumb? You Betcha! 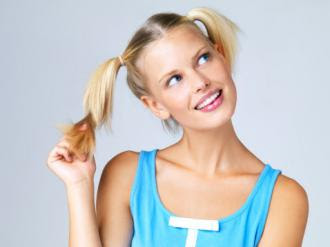 How does $11,000 go missing from your credit card account without you noticing it, for years?

A few years ago, when I was self-employed and had recently had my second child, my husband went combing through my credit card statements, looking for tax deductions that I’d missed. I’m financially disorganized at the best of times, and with a baby and a toddler, I was barely even trying to keep track of my business expenses. So it’s not surprising that I hadn’t noticed the hundreds of dollars of weird recurring bank charges that my husband discovered.

It turned out I’d been signed up for a dubious program that purported to protect users’ credit in certain emergency situations. My bank had been accused of fraudulent practices in connection with it and fined $700 million by the Consumer Financial Protection Bureau, the government agency that was Senator Elizabeth Warren’s brainchild. I tried, maddeningly, to seek redress from the bank — cycling through phone trees, screaming at automated operators. No one could tell me how I’d been enrolled in the program, or for how long.

Eventually, I turned to the C.F.P.B. itself, filling out a simple form on its website. A few weeks later, I was notified that the bank had been deducting money from my account for years, and I was being refunded more than $11,000. Having financed my own maternity leave, it was money I badly needed.

WHAT THE FUCK?  Sorry, I just had to say that.  How trivial does money have to be in your life when you can just let eleven grand go missing and not notice it?

What is even odder is that she can't even be bothered with the details.  There is some sort of "program" she was signed up for, but she can't recall the details of it, nor does she seem interested in telling us about it (again, the missing facts from any story are the real story).  I suspect it was some sort of overdraft protection scheme - the banks were doing that back in the 2000's - making it the default mode or not explaining it carefully when you clicked to sign up.   You could go over your credit limit and they would honor the charges, but sock you with hefty fees - like $30 to $100 a charge.

My banks offered this to me.   I read the offer and politely declined.  Sadly, the check box on the website was defaulted to "Sign me up!" and had to be manually unchecked.   Also, I haven't gone over my credit limit since I started this blog - rarely do I let my credit card balance exceed $1000 before paying it off - several times a month.  Stuff like this doesn't "just happen" - the consumer has to be willfully ignorant and lazy to let it occur.

Be that as it may, I am still not sure how you can rack up eleven grand this way, unless you are totally clueless about money, as well as a lot of other things.  "Oh, but I'm just a girl, tee-hee!  And I have babies, so my brains are gone!  Who has time to balance their accounts anyway?  Tee-hee, aren't I cute?"

This lady just set back the woman's movement by 100 years.  And yet she has the balls to offer her opinion about the next Presidential race.  That's the problem with Democracy - they let just anyone vote, even people who can't be bothered to check their credit card statement, which you can do on your freaking cell phone these days!  (I am just guessing, but there is four hours a day of facebooking and texting and tweeting on her phone, but she doesn't even have the credit card company app loaded on it!).

She goes on to endorse Elizabeth Warren.  If I was Elizabeth Warren, I'd ask for a retraction of that endorsement.   Or change your campaign slogan to, "Warren - the choice of clueless idiots!"

Elizabeth Warren has her heart in the right place, and the consumer protection agency is a good thing - although it will hardly stem the tide of financial fraud and abuse in this country.   So long as there are State Lotteries and Indian Casinos, people will be able to fritter away their money.   Even if you force the payday loan people to put their interest rates in 400-point type, people will still sign up.  They tried this with the timeshare people and the car leasing people - have you seen either of those go away?

The problem for Warren is Pocahontas.  Yes, it may be unfair, but it has stuck - and she stepped in the dogshit by having a DNA test done.   What was going through her mind when she put down "Native American" on her applications for graduate school (and elsewhere, apparently) is anyone's guess.  And it wasn't just a one-time thing, either.  She apparently was listed as "minority" faculty based on this specious claim to native ancestry.  Specious or fraudulent - take your pick.

(NOTE: The Wikipedia page for Warren has been scrubbed clean of any indication that this controversy even exists.   The Post and Times of course, play it down.  She doesn't know how Harvard got this idea that she was the first minority professor to be tenured.  It's not like she checked it off on her job application form or anything, right?  But it appears she did - more than once in her life.   It isn't as trivial a matter as one might first think).

The gag that her family lore proclaimed they had an Indian ancestor is lame - my family has the same WASP-y story as well - that somehow we are descendant from, well, Pocahontas and John Smith.  I doubt it is true, or if it is, it is a tenuous connection that doesn't merit myself claiming Indian ancestry - anymore than it does Elizabeth Warren.

But no harm, no foul, right?   She's a good person and we should overlook things like that - like a Supreme Court justice dry-humping a girl when he was in high school.  Right?   Well, you may be right, but then again, this is an election, not a confirmation hearing.   In the latter, you need convince only 60 mostly middle-aged white Republican men to vote yes.   In an election, you need to convince the majority of the people - or the majority in enough States to get the electoral votes you need.

And in that regard, you don't need a candidate with a built-in scandal and name recognition based only on Trump's derogatory tagging.  "Elizabeth Warren?  Who's that?  Oh, right, Pocahontas!" - and that would be the reaction of many Democrats, much less Republicans.  Sadly, if she had just left that the hell alone she would have had a better chance.  The DNA test sealed the deal.  She should have apologized to Indian tribes for claiming this heritage on government forms and school applications.  That would have been a better move - "I fucked up.  I was young and stupid.  Sorry!"  Doubling down by actually claiming Native American heritage was the utterly tone-deaf wrong move.

That and she's too far to the left.  You may have noticed that the world has lurched to the Right.  It isn't just America, it is everywhere.   People across the planet are embracing "get it done" strongmen, and our country is no exception.  We can't beat Trump by going wacky-liberal, it just won't work.

Elizabeth Warren has a good job to do in the Senate where she should stay and help out the Democratic cause.   But President?   All she would do is cause the Independents to scratch their head and again wonder what Democrats have been smoking, and either stay home on election day or hold their nose and vote Trump.

CAVEAT:  I would have a helluva lot more respect for this Op-ed author if she bothered to figure out what the "program" she signed up for was, rather than acting dumb.   She also should have owned up to her own malfeasance of not checking her bank balance and not challenging these charges for years, rather than simply blame the banks for malfeasance.   But hey, in this modern world, everything is someone else's fault!