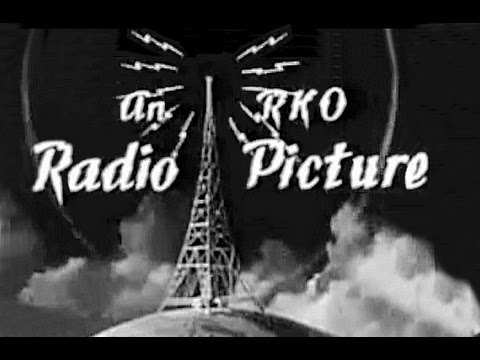 The concept of broadcasting is evil because it encourages passivity.

I rant a lot against television in this blog because it is a huge time-waster and also encourages people to spend money on things they don't really need. It also encourages passive behavior - to sit on your couch in your snuggly (which you bought after seeing an infomercial) and to consume bad food (which was advertised, guess where?).   It also encourages externalization - blaming unseen others for your woes, rather than taking action in your own life.

Before television, there was radio, and before radio, there was the telephone and the telegraph. The telephone and the telegraph were point-to-point communication systems, where messages were sent from one person to another person.  And initially, radio was the same way.  In fact, they called it "the wireless" because it was viewed as a wireless form of telegraphy.  Today, "wireless" has an entirely different meaning, of course.

And in those early days, that's exactly what radio was.  People used the wireless communication system to send individual messages from one person to another.  Of course, anyone could listen into these communications.  And it was handy if you were on the ship that was sinking to send an ICQ or later on, an SOS and hope someone would hear it (although that didn't quite work out for the Titanic, did it?).

All that changed when a guy named David Sarnoff, a Russian immigrant, invented the concept of "broad-casting" - along with others, such as Edwin Armstrong, who was broad-casting music and voice from his home, in an era of dot-and-dash Morse code.  It took Sarnoff to capitalize on the idea of having a central transmitter broadcast one signal to hundreds, if not thousands, if not tens of thousands, if not millions of people.  He developed what eventually became the network broadcasting system for radio, which later on morphed into the television broadcasting system we have today.

The problem with broadcasting is that it generates an awful lot of money for very few people and crates a lot of passivity in the listeners or viewers.   Before radio and even before phonograph records, if you wanted to listen to music, you had to listen to whoever locally had a modicum of musical talent who could play an instrument or sing.  As a result, more people performed back then than they do today.  The piano was a fixture in the parlor of nearly every home around the turn of the century.  Today, fewer and fewer people have pianos, and fewer can play an instrument or even sing.

Instead, today we have superstars who earn millions, or tens of millions of dollars performing for us. Few of us are performers anymore, most of us are really just passive consumers of electronic entertainment whether it is movies, music, sports, or even the news.

Yes, even the news has fallen victim to broadcasting, with newspapers in steady decline since the advent of television, accelerating with the advent of the internet.  The local paper - if you even have one - often just barfs up content from USA Today, and if there is any local news, it is just press releases, reported verbatim, often with no investigation or journalism involved.

Many of us thought the effects of broadcasting would change with the advent of the internet, but as the example of the news illustrates, the internet has, if anything, accelerated this trend toward passivity by the masses.  The internet, at least initially, was thought of as a point-to-point communication system, like the telephone or the telegraph.  In the early days, it allowed anybody to create things and put them on the web.  People created their own websites, their own YouTube channels, and yes, even their own blogs.

But increasingly, this is becoming more and more like the broadcast model.  A few people have emerged as superstars on the internet and the rest of us merely consume their content.  We, as humans, gravitate toward the flashy and slick.   Someone's opinion is considered irrelevant, unless they have a monetized site or channel, with lots of flashy graphics and high production values.  This is human nature - the same aspect of which drives us to the slick-looking restaurant chain that serves crappy food, instead of the Mom-and-Pop diner which might serve excellent cuisine.

For example, you may be no doubt be aware of a young man - only 7 years old - who has made $22 million dollars by unwrapping boxes of toys on the internet and playing with them.  It's one of those things that makes you scratch your head in wonder, why can't I do that?  And the answer is, of course, that once someone like this kid reaches a certain critical mass of viewers, they sort of dominate the space.  No doubt, there are other parents out there trying to coax their children into being the next internet superstar, but failing miserably at it, because this one kid has already sucked the oxygen out of the room.

Another group of YouTube superstars are gamers - who do videos showing how they play various video games or revealing secret tricks to use during these games.  Video games themselves are another example of how we have become a passive nation.  People spend hours a day playing video games and will never get as good at them as the superstars of these games already are.  Others will actually spend enormous sums of money to advance to the next level of a game or enhance their appearances or accessories.

Very few actually create these games, however.  And increasingly, the people who create these games are more interested in how to line their own pockets than anything else.  One recent video game received a lot of fallout when they basically monetized the whole thing - you could advance to the next level either by playing the game for weeks on end, or by whipping out your credit card and paying.   Their problem wasn't in the monetization itself, but how aggressive they were at it.  In other words, you can get away with screwing the masses, so long as you are not too obvious about it.

One can argue that this is merely harmless entertainment for the masses, and to some extent that is correct. People are always trying to distract themselves with some sort of amusement, but in the past, usually these forms of amusement more active than passive.  Long before we had the internet, or television, or radio, or even phonograph records, we had books.  And granted, books have very few authors compared to the number of readers - or at least one hopes they would if you want to be a successful author.

But the act of reading a book is more of an active thing than a passive one.  You actually have to sit down and look at the words and form them into sentences in your mind and then use your imagination to fill in the blanks and visualize what's going on in the story.  This takes effort on the part of the reader.  It's no wonder that reading is falling from favor these days, as people would rather watch a movie than read the book that the movie was based upon.

We talk a lot about wealth inequality in this country and how unfair it is, and yet much of this occurs because of what we do to ourselves rather than what the rich people are doing to us.  It is almost obscene to watch so-called fans go to a rock concert or an athletic event in a crowded stadium with thousands or even tens of thousands of people - all paying outrageous ticket prices in the hundreds sometimes even thousands of dollars.  They sit there, passively, and cheer for a few people up on stage or in the playing field who are being paid millions of dollars apiece to perform for us.

Yet most of these fans are unable to play a musical instrument or even carry a tune.  Or if it's a sports fan, they're likely unable to actually play the sport that they are watching.  Fandom is now seen as an activity in and of itself.

So what's the point of this?  Only that if you spend all your time as a fan you will never have an active life or accomplish much.  We read a lot today about 30-something men living in their parents' basement and playing video games all day.  The video game industry argues that this is harmless fun and spending hours a day learning how to shoot people doesn't lead to mass shootings.

That would seem to go against studies about imprinting.  But even assuming that they are correct and there is no harm in playing violent video games all day, there is a cost in spending hours upon hours essentially doing nothing other than passively consuming other people's content.

Similarly, spending hours a day watching situation comedies isn't really going to enhance your life in any regard.  These sort of activities will lead to learned helplessness and depression as the result of passivity.  When you actually stop doing things in your life and relying 100% on others to do them for you, you don't end up happier you end up much, much sadder.

The next time you think about wealth inequality, think about all the people that you're handing your wealth to.  The cable television company, the television star whose raking in millions a year, the rock star who's making tens of millions, or the athlete who just signed a contract for $25 million.  Of course, that's not counting all the various corporations and team owners and other institutions which manufacturer and package this entertainment for you.

It takes time and energy to create, which is why so few people actually do it.  It doesn't have to be a song or an athletic skill or a musical performance. You can create all sorts of things in your life simply by doing rather than watching.