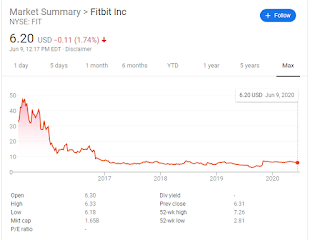 Again, the middle class is slipping down the economic ladder or not because somebody took away their money, but because they've willingly gave it away. And these sort of IPOs and tech stocks are a classic example of how the middle class is giving away its wealth, one tech gadget, one IPO, one tech stock, at a time.
Newer Post Older Post Home
View mobile version