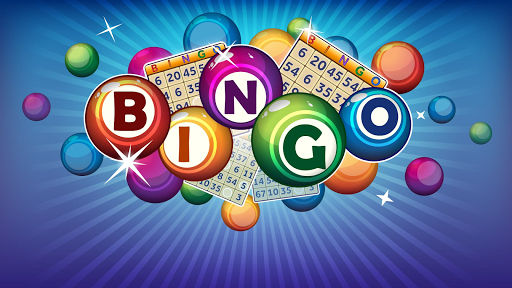 One of my guilty pleasures is to play Bingo about two or three times a year, at campgrounds.  Maybe I have a gambling problem....

Some campgrounds we go to have Bingo on Friday or Saturday night.  Unlike some Bingo halls, these are mostly social events, although you can win a lot of money (or lose a little).   Last week, we won a combined $270, which paid for our trip.  I'd say overall, we've broken even on Bingo, which makes sense, as most campground Bingos are not-for-profit and thus return most of the money to the gamblers.  Statistically, over time, you would end up breaking even, or a large number of people would.

Not so much at the church hall.  Many church Bingos are fund-raisers for the church, so the money played is not all paid.  My first experience with Bingo was at the fire hall in Arlington.  These were church ladies and they were deadly serious about Bingo.   This was not a social event - no drinking, no talking, no nothing.  Most of the older ladies were playing four or more cards at a time, and brought their own "dotters" and sometimes a table full of "good luck charms" such as troll dolls and other talismans.

We, of course, were having fun and got "shushed!" a lot.   But it was interesting, the contrast between social gamblers and the hard-core addicted gambler.  At social bingo, there are plenty of jokes and catcalls and people having fun and maybe getting a little drunk.  No one says, "shush!" there.   The gambling aspect is secondary to the socialization - you meet new people in the campground or catch up with others you already know.

The compulsive gambler, on the other hand, is deadly serious about the process.  You've seen the ladies at the slot machines, mindlessly pulling levers (or today, pushing buttons) over and over again, as the number of quarters in their bucket slowly diminishes (or today, the balance on their gaming card declines).   There is little joy in this solitary exercise, just repetitive behavior like in a Skinner box.

The James Bond films make gambling seem like a social event.  People gather around the gaming table and cheer on the gamblers, or gasp with delight and applause when their hero wins.  That's a movie.  The reality is, you linger around a gaming table, you will be asked to leave, as they assume you are reading people's cards and maybe signalling others.   It is a deadly serious occupation, and the hard-core gambler doesn't get much in the way of "fun" out of it.  Like any other endeavor, the hard-core "serious" people suck the fun out of it, whether it is bicycling, car repair, boating, jogging, or whatever.  There is always "that guy" who ruins everything by saying, "This is serious business, people!"

The lack of social interaction is why I was never enthralled by casino gambling,  Despite all the colorful lights and the incredible noise levels, the people there are not talking or interacting with one another very much.  They are compulsive gamblers - going every weekend, rain or shine - or even every day of the week, slowly handing their wealth over to the casino owners.

Of course, there are other forms of "social" gambling, but these can often end up being anti-social.  I got roped into a "friendly game of poker" with people who I thought were friends (but ended up as coke-heads).  I noped out of that when I realized the point of these "games" was to get us all snockered and then take us to the cleaners - something I could not afford on my technician's salary.   Not only that, friendship is ruined when it turns into a financial transaction.  One of the schmucks roped into this game was an Engineer, and he was writing a three-figure check at the end of the night to my "friend".   I am not sure you can remain friends for long with someone who regularly takes you for $250 now and again.

Again, in the movies, "the guys" play poker, drink beer, and hardly keep score and just have fun. Maybe that can happen, too.  The movies also have this scene where the "secret" poker game is held in a hotel room or some underground lair, and everyone "wants in" on this game.  Either it is James Bond, trying to weasel his way into SPECTRE, or Robert Redford trying to take a "Mark" in The Sting.  What is funny is that this "secret" game is so well-known to everyone.  Not stated is why some Mob boss or drug kingpin wants to sit in some dank warehouse playing 'high stakes' poker, when he could be out having a good time.  I mean, it just doesn't look like much fun, and certainly not socialization.

We've won a combined $350 at a New York campground that had a "Drag Bingo Night" which was hilarious.  Think of David Spade's "Church Lady" calling Bingo - and calling out all the players.  We also won the 50/50 drawing of $600.  Ouch - people were hating on us that night!  "Didn't you just win already?"  Usually, you spend $20 on four "cards" and play a number of games, each having a different prize level (or physical prize) and usually progressing to the last sheet on your card, where whoever wins "cover-all" wins the grand prize, as I did last Friday.  I'd say, over the last decade, we've played maybe twice a year, spending $20 each time, so we might actually be a little ahead at this point.  Then again, gamblers always remember their "wins" and minimize their losses.  I could be lying to myself.

It is interesting what a rush it is to "win" and how your brain remembers this, which is why gambling is so addictive and insidious.  For me, it is like smoking.  I've tried cigarettes in the past, but never felt "compelled" to smoke them or even buy them.  One of the cruel tricks I used to play on my smoking friends was to bum a cigarette from them when they were down to 2 or 3 in their pack.  I would smoke just a little of it and then carefully put it out in the ashtray.  It was always amusing - and yes, cruel - to see how my smoker friends would eventually retrieve that butt from the ashtray, as they realized they were "out" of ciggys.  Their compulsive need for nicotine made them do this.  Probably why poor people are always driving - always going to the convenience store for a pack.

Maybe that is the nature of addiction. Some people are addictive personalities. Some people are addicted to certain things, but not to others.  Perhaps my addiction is blogging.  Or perhaps addiction takes a while to set in.  If I smoked a pack a day with my buddies in high school in order to "fit in" I probably would have developed the habit.   Similarly, if you go to casinos enough, well, eventually you will start playing the slots and other games, and this could turn into a habit.  One sure way not to develop the habit is to stay out of casinos.