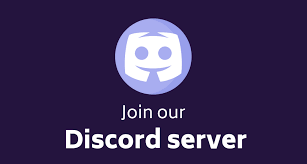 You can ban people from Facebook, they just go somewhere else.

Back when I was looking at comics on Reddit I saw some posting that said, "We have a Discord Server!" and wondered what the fuck that was.  Well, like so much in the Computer world - from the development of hardware, software, the Internet, and Social Media - it is driven by gaming.  Well, that and porn.  The first computer programs we wrote as kids on clanking PDP-8's were games.  That, and programming the line-printer to printout playboy models.  Games and Sex - that's the computer business.  Perhaps because it is male-dominated.  And maybe why there is so much misogyny online, such as the idiotic "Gamergate" manufactured "controversy".

So Discord is just a fancy chat room, where you can communicate with people of similar interests.  Yet another social media platform, one that is gaining popularity.  And like every social media platform before it, it has had to deal with its share of neo-nazis and alt-right idiots, who they play whack-a-mole with, knocking them off the platform again and again.  That and the monitoring of harassment and violating terms of service.  In other words, the same old shit that every social media platform or discussion group, website, or even the dialup old days of user groups like alt.startrek.discussion or whatever.   Everything old is new again.

After more than 40 years of dicking around with computers, I won't be checking out Discord anytime soon, although I am sure it will be popular as Facebook, Twitter, Instagram and others before it were - and are.  But it struck me that it was just one more Goddamn thing to check if you want to live the social media lifestyle - in addition to geezermail (e-mail), instant messages, Reddit, Facebook, Twitter, Instagram, Pinterest, and whatever else they came up with this week.  Parler or Gab, I guess, if you are a Nazi.

There has to be a limit as to how many social media platforms any one person can reasonably manage, and it struck me that over time, these platforms come and go and we don't even seem to notice them.  I used to spend every day checking messages on a BMW discussion group - one of many out there.  It started to fade when Facebook became popular, and discussion groups migrated there.   Perhaps today they are migrating to Reddit or Discord or who-knows-what.   The old site becomes cob-webbed and pretty soon is spammed, either by the users posting spam messages, or the people who bought the site and are now plastering it with pop-ups and banner ads, to milk the last few dollars out of it.

I used to post lots of photos on Webshots, including a lot of "how to" BMW repairs.  The company was sold, and they got rid of all the photos and started over again as a screen saver company (wtf?).  Before that, well there was.... maybe a dozen or so sites or discussion groups or whatever that I used to visit, but for some reason, got tired of and moved on.  It is like a YouTube channel you once subscribed to, but the author of seemed to grow tired of or moved in a different direction - or you got tired of the author.  Or maybe tired of YouTube - which may become the "former next big thing!" in a real hurry, the way they are commercializing it.

Or a blog you used to visit.  I regularly have about 600 "subscribers" to my blog and I do NOT put "Like and Subscribe!" on my blog because as you know, I am generally a misanthrope and try to chase people away, when I can.  But they never remain the same 600 subscribers for long, as they get bored and move on, because - let's face it - I pretty much say the same thing over and over again, and have been for a decade now.  The same is true of most sites, discussion groups, and YouTube channels.

Go to any auto discussion group and ask what is the best oil to use in your car and how often to change it.  You will start a shitstorm, and I can predict, word-for-word what some of the responses will be.  It is like asking which is the one true God.   Predictable - and it gets boring in a hurry.   That, and half the postings and responses there have nothing to do with cars and a lot to do with socialization (social grooming) as well as snarky one- or two-word responses, which are often parts of word games, as on Reddit (which is why I stopped going there).  I did nazi that coming! Ha-yuck! Ha-yuck!

Nothing is permanent on the Internet, period.  That is something Facebook should keep in mind.   Yes, Facebook is wildly popular - annoyingly so.  I notice that a lot of organizations no longer update their websites anymore, but rely on Facebook to do updates - which is difficult, as the "feed" often erases or moves down important information fairly quickly.  For example, I heard that the recycling on the island will no longer take glass as it is uneconomical to recycle.  Apparently this was posted on Facebook, but since I am not a member of Facebook, I cannot find the posting.  The island recycling page was last updated in 2016, so that is of no help.   They kind of force you to go on social media these days, otherwise you miss out.

But alas, I think that down the road, even Facebook will turn into a "Cobweb site" as people move on to "the next big thing!"   Whatever that is, I do not know, other than if you check out what your kids are doing, and what the gamers are up to, odds are, that might be it.   And Facebook, with an average age trending constantly upward, should be worried.