Whatever Happened to the Metaverse? 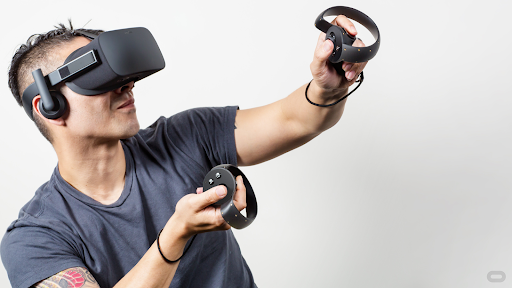 It's been at least a week since Zuckerstein announced the Metaverse, but nothing has happened yet!

It is a play from the playbook that is as old as the hills.  When the press starts to come after you, change the subject, quickly.  Trump was master at this - if some bombshell revelation was about to come out, all he had to do was send out a toxic tweet and people would forget about the grifting for the time being.  Even something as stupid as Covfefe! would work.

So, in response to a lot of pointed criticism and inquiry about Facebook - everything from how it is used to manipulate people, create divisive politics, and recruit terrorists, to its financial arrangements and tax liabilities - Zuckerberg changes the narrative by announcing a renaming of the company and a "new product" which has been around since the 1990's.

The renaming thing was already tried by Google. No one is calling it Alphabet.  Sorry! This "renaming" gig is as old as the hills - shitty airlines use it after a major crash.   No one is fooled by that, either.

The deal is, this "Metaverse" thing is just another pitch for Virtual Reality, which has been around for a long, long time, either as an experimental prototype, a visonary dream, or as an actual product that no one really bought.  Maybe now it will take off, but I am not so sure.   The fact that Zuckerberg is pitching it is probably enough to turn off a host of people.  I am sure gamers will love it - provided they go out and buy new, more powerful computers or consoles and upgrade their Internet service to fiber optic, but for the rest of us, the idea of spending more time on the Internet sounds like a shitty bargain.

The idea (or the dystopian idea) of a world where people live trapped indoors, communicating electronically and never actually meeting one another, is not new - not even fairly recent.  It was described in the science fiction short story, The Machine Stops by E.M. Forester.  Yes, that E.M. Forester.  Over a century ago, he predicted how we would live today - isolated from one another, rarely venturing outside, and communicating only through electronic links - and utterly dependent on a technology that 99% of the population couldn't and wouldn't understand.

The idea remained science fiction for decades, but nevertheless, the concept of a virtual world was one that was known in industry and in particular, in Silicon Valley.  I recall chatting with clients back in the 1990's as they regaled me with tales of a future world of Virtual Reality - where you could choose an "avatar" to represent you in an online 3-D world.   Some early attempts, such as "Second Life" fell flat because the graphics were too primitive and the data bandwidth needed to really make it work wasn't there.  The real reason Second Life failed, though, was that at the time, fewer people  were on the Internet, and fewer still had the hardware, the bandwidth, or the inclination to try it.  I recall at the time trying it out with my 486 computer with a DSL connection and it was, to say the least, clunky.

Movies, such as The Matrix riffed on this theme of a virtual world where we could live - and the harsh reality we would be escaping.  In 2011, a book titled "Ready Player One" expanded on the Virtual Reality concept and became something of a Bible for Silicon Valley mavens.  According to folklore, it was handed out to new hires at Facebook as some sort of road map to Armageddon.

Such is the nature of invention - ideas exist in the public mind long before they are implemented as physical manifestations.  "Long felt need" we called it in the Patent Business - as a means of overcoming "obviousness" rejections.  The electric light was needed simply because whale oil (and later kerosene) was expensive, didn't work very well, and set fire to your house.  The automobile was envisioned long before it was created - and the mounds of horse manure and dead rotting horses in the street pushed the technology along - it was a long-felt need.

And so with Virtual Reality - which is all "Metaverse" is, with new window-dressing.  I guess Zuckerberg has re-named it so he can claim to have invented it - and the plebes, knowing nothing about technology or even their own recent history, will go along with this.  The fanboys will all oooh and aaaah over this new "invention" by America's number one whiz-kid.  Just as Musk "invented" the electric car, and Bezos "created" online retailing, the narrative will be that Zuckerberg invented social media and now is following it up with another hit.

Of course, the reality is - virtual or otherwise - that Zuckerberg bought the "Oculus Rift" company several years ago - with vague promises of making VR a big deal.  But so far, not much has come of it - not even many households have VR sets.  But then again, until the Model-T was developed, not many people had cars, did they?  The Oculus Rift headset is no longer sold, of course, and was not a commercial success. Perhaps the new "Meta" headset will replace it shortly.

But will Zuckerberg succeed where others have failed?  Does he have a "secret sauce" to make VR work this time?  Or is it just an idea whose time has come?  Facebook succeeded where Second Life and MySpace failed, simply because it came about at a time when the vast majority of Americans (or indeed citizens, worldwide) were now online.   AOL had faded from view, and the average schmuck on the street or your grandmother wasn't about to navigate URLs and domain addresses to find something interesting to look at.  Suddenly, at the right place at the right time, this one platform appears that appeals to the paranoid narcissist in us all.  Zuckerberg's only genius - if even that - was being in the right place at the right time, or seeing that conditions were coalescing to make such a platform take off.

But is it the right place, right time, for Virtual Reality?  Maybe, maybe not.  Some of the technical hurdles of VR have still to be ironed out.  Without superfast processors and rendering engines - as well as staggeringly fast connections speeds, there is a slight delay between movement and rendering on the VR goggles, which can lead many people to experience vertigo.  Seems like a trivial thing, until the guy who just dropped several grand on a "VR" setup starts power-vomiting in his living room.

One problem I see to implementation of the "Metaverse" is the increasing skepticism of anything Facebook is doing.  People are starting to see the downside to social media and while it is a small movement at the present time, many are disconnecting from the social media universe - just as many started "cord cutting" from the expense and toxicity of cable TV.  Of course, my friends who are still on Facebook posit that it is "the other guy" who is being radicalized or snookered or influenced, but not them.  So maybe denial will keep Facebook afloat.

Certainly, the smart phone has illustrated the extent to which we all are willing to stay connected electronically 24/7.  Zuckerberg is an electronic drug dealer - delivering smaller and smaller doses of dopamine for each hour you spend online.  Maybe Metaverse will sound appealing to folks who are tired of reading Grandma's cookie recipes or Granddad's rants about "Lib'ruls".   But like anything else, that initial rush will wear off pretty quickly and people will have to go back to the well again and again for smaller and smaller dopamine hits.

Gaming, of course, is the king of electronic addictions.  Forget arguments about violent video games causing violence (because killing hundreds of people in "first person shooter" games isn't going to affect your mind at all).  It is the time bandit aspect of gaming that is interesting.  Gamers themselves will regale you with tales of how many hours - or even days - they spend online, playing a realistic first-person-shooter game.  Some will go so far as to wear diapers or pee in a bottle, so as not to "miss" anything, as online games can't be paused.  VR promises the same immediacy.  You can't just stop playing a VR game to go to the bathroom.

So gaming is the next level for Zuckerberg, and yet his platform isn't really set up for gaming, other than idiotic things like "Farmville" which only children play.  Metaverse promises to be the platform on which all future games will be played - or at least that is what they are hoping, I think.

Right now, if you want to play "video games" you have to select a platform - PlayStation, Nintendo, XBox, or whatever, or build a killer gaming PC with all the latest bells and whistles.  Then you select the game you want to play - which may be marketed by one or more platforms, or by an independent company.  It is still the wild-west in gaming, with no one company claiming to "own" the space.

So you see where Zuckerberg is going with this.  If he can "go big, fast" and become the de facto VR gaming platform, he can likely put the other platforms out of business, or at least scoop up a sizable chunk of their revenue, much as he did with Farmville and other games played on Facebook's platform.

As I noted before, gaming might very well be the new social networking.  Gaming has driven the development of the PC.  The intensive processing requirments to render images in real-time has created the need for ever more powerful processors and graphics cards.  A simple laptop like I have (over a decade old) will run most word processing programs and accounting software and surf the net.  That technology has reached its apex.  But if you want to process video or play games, well, you need something even more powerful.

The rest of us?  Young people like to do the latest trendy thing and maybe they will jump on the bandwagon.  But I can't see Grandma in a VR headset - she'd fall and break her hip!

Some argue that the pandemic might have primed us for this technology - after all, we are "used to" being "locked down" and communicating via Zoom meetings.  On the other hand, many report that such online communication is exhausting and disorienting.  Children's grades at virtual school are plummeting.  As someone who has "worked from home" since the 1990's, I can attest that it is harder to get things done - particularly with online distractions enticing you to blow off work for another hour.

Whether people give up on the real world entirely and retreat into a second, artificial world, remains to be seen.  I suppose the great masses of people jammed into tiny apartments in polluted cities might find the virtual world to be enticing.  But the rest of us, living in the real world, might find it a shallow shadow of reality that is designed more to manipulate us, that we can manipulate it.

And when an animal cannot manipulate its environment, well, learned helplessness sets in.

Or was that your plan all along, Zuckerberg?