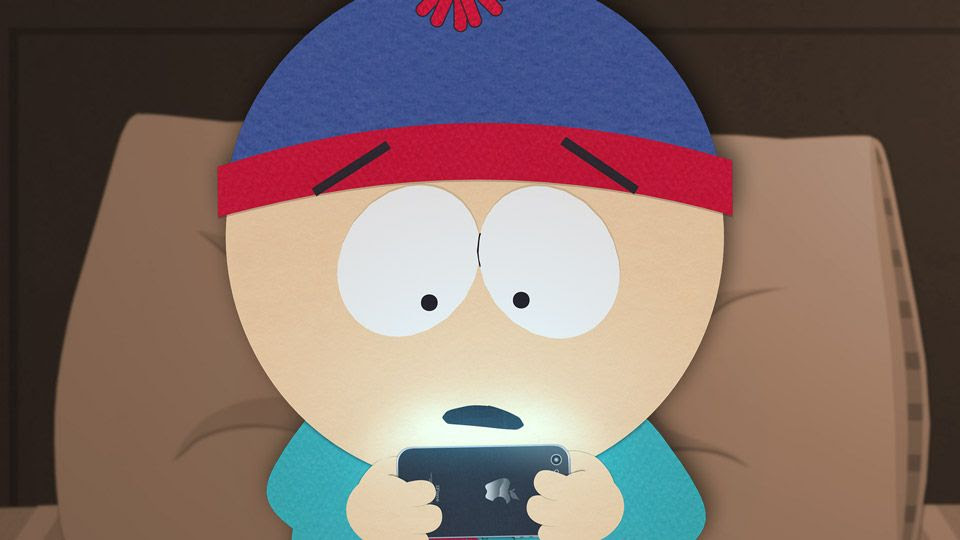 The folks at South Park have also noticed the smart phone is a lot like a Skinner box.

But then again, having a front-row-seat perhaps gives them a better view of the mayhem and destruction.

In a recent episode, entitled "Freeium Isn't Free" they show, in a very humorous way, how free cell phone games are designed like a Skinner Box, to ensnare users and make a percentage of them addicted to the game.   Unlike other industries that cater to the obsessive-compulsive in all of us (e.g., alcohol), the cell phone game designers actually design their games with the idea of making them addictive.

This is somewhat scary.   These folks know what triggers that human beings will respond to, and then design their software to ensnare people, much as Casinos (another example they use) have flashing lights and loud noises to ensnare their victims.

I wrote about this before.   Smart phones themselves make ideal Skinner boxes.  It doesn't matter what program or "app" is being used - or any at all.   Smart phone users compulsively have to touch their phone, answer texts and messages, and respond.   Whether they are trying to "hook up" on Grnder or Tinder, or manage their Farm on Farmville, the device becomes an obsession and a compulsion.

I thought their analysis of how "Freemium" games are designed to be addictive was fascinating - even complete with white-board analysis.

If you or someone you know is addicted to their cell phones or to cell phone games (or other apps) you might want to check out this video.
Newer Post Older Post Home