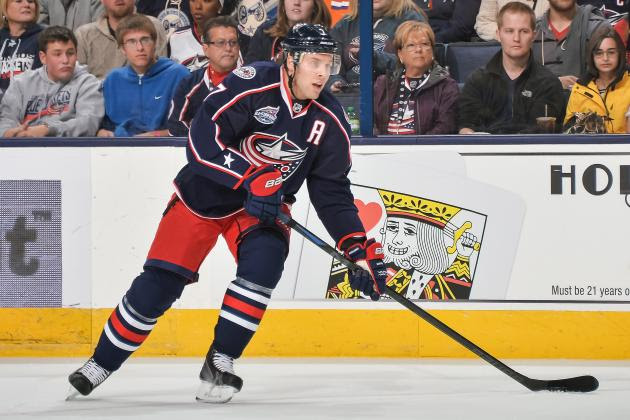 Did this guy's parents make bad decisions, or is he using them as scapegoats?


Jack Johnson, a hockey player, is declaring bankruptcy to get out from under debts acquired by his parents.  According to his side of events, he turned over his income to his parents to invest, and they made a number of poor financial decisions.

One has to wonder why.

In nine years in Hockey, he has been paid $18 Million.   Hard to feel sorry for him.   Supposedly the mistakes his parents made were legion.   First, they monetized his contract by taking out high-interest loans.  In other words, they borrowed against his future earnings.   I am guessing the thinking was, "Gee, if we had all that money now, we could invest it and make a ton of dough and then pay it back later!"

Tina Johnson borrowed at least $15 million in her son’s name against his future earnings, sources told The Dispatch, taking out a series of high-interest loans — perhaps as many as 18 — from nonconventional lenders that resulted in a series of defaults.

Maurice Taylor, a star basketball player at Michigan from 1994 to ’97 who was later disassociated by the school after a string of NCAA violations, steered Johnson and his family toward Simon Vo, who was to serve as Johnson’s business manager after Johnson fired Brisson, the agent.

Johnson had been paid relatively modest salaries early in his career, earning a high of $1.6 million in his fourth season in the league.

In the months leading up to his $30.5 million deal with the Kings, however, Vo and Steve Miller, who owned a mortgage company in Los Angeles, began discussing with Johnson’s parents the idea of “monetizing” Johnson’s contract, sources said.

“Monetizing” — that is, borrowing against guaranteed future salaries — has led to the financial woes of many professional athletes.

One prominent NHL agent, asked whether he would ever advise his clients to monetize a contract, responded: “Never, never, never.”

The parents are portrayed as the bad guys in this deal, as their names are on the loans.  But presumably Mr. Johnson's Ferrari is in his name.   It may be the parents are used as scapegoats - but it sounds like his business manager had a hand in things as well - as well as the mortgage broker.

It is odd - that someone could make more money than most people could spend in a lifetime - and be dead broke before age 30.   At this point in his career, he has to really hope he doesn't have a debilitating knee injury that keeps him out of the game for the rest of his life.

I mean, what was he thinking?  There are no old hockey players out there.   You get paid a lot, in part, because the game is intense and you can only play it for a few short years.

Sadly, poor people get caught in the same trap.   There are ads in the back of military magazines offering to "monetize" pensions the same way.   You pledge your monthly pension amount, for say, ten years, and they hand you a lump sum of cash.   But of course, this is at a high interest rate, so the lump sum is far less than the amount you would have gotten from your pension.

Why people do this is anyone's guess.  The deal with loans is, they have to be paid back - and borrowing money is never a good idea if you can pay cash.   And if you are making an average of $2 Million a year, you can afford to pay cash.

But you know the drill.  No doubt the mortgage broker told them to buy a big house - as the more money you spend on a house, the more you can deduct from your taxes!   And to a 20-something, it all seems very confusing (it was to me) and older people seem to know what they are doing.  They certainly do!

"Miller was the first lender, extending a $1.56 million loan on March 9, 2011, that Johnson’s parents used to buy the home in Manhattan Beach, a third of a mile from their son’s residence, while he played for the Kings.

Johnson, a source said, believed that his parents took out a mortgage using money left to them in the will of a relative who had recently died.

The loan — which carried a 12 percent interest rate, almost three times the market rate — quickly went into default because it called for an initial payment of more than $1 million. (The contract extension Johnson signed with the Kings didn’t kick in until the following season, and he didn’t have that much in the bank.)"

It is the same old mentality - people think a million dollars is "a lot of money" and that their ship has come in - so it doesn't matter if they spend 12% in interest on a funny-money loan.   They deserve a new house, right?   But as it turns out, a million bucks ain't a lot, particularly when you have to pay taxes, and you only get that money in little paychecks every month.


"One day after the home loan was signed, on March 10, 2011, the Johnsons borrowed $2 million at an interest rate of 12 percent from a software developer in Iowa named Rodney L. Blum, who this month won a seat in the U.S. House.

Blum’s office did not respond to interview requests left with Blum’s spokesman by The Dispatch. It’s unclear how Johnson’s family came to know him or why he was making a personal loan at a high interest rate."


"Barely a month later, on April 14, 2011, the Johnsons borrowed $3 million — at 24 percent — from Pro Player Funding in upstate New York, a company that “monetized” several NFL players’ contracts during a work stoppage. Former NFL stars Vince Young, who went bankrupt, and Bryant McKinnie, who was sued for default, were among the company’s clients.

Johnson was sued by both Blum and Pro Player Funding within a month of the loans being signed. He signed settlements, according to court documents, without appearing in court to contest the lawsuits.

To settle Blum’s suit, Johnson had $41,800 — or 25 percent — garnisheed from his bimonthly Blue Jackets paychecks over much of the past two seasons.

The next two years brought additional loans and additional defaults, sources said, but the next loan that ended up in the court system was extended on Sept. 13, 2013: a $400,000 loan at 18 percent from EOT Advisors in Tarrant County, Texas."


The classic pattern - get into money trouble, and you dig yourself deeper trying to get out.  I almost forgot about the "who cares about hockey?" strike when the NHL went on strike and no one gave a shit.   These guys really think they are worth millions - but when given millions, they spend it like water.

It is hard to feel sorry for Mr. Johnson.  He has $5 million left on his current contract.   At that point, he will be 32 years old and it is possible his career will be all but over by then.  Five million dollars, of course, is a lot of money - more than enough for most of us to live quite comfortably for the rest of our lives.
But I think he will need to trim his sails a bit.  Dump the Ferrari, keep the BMW - get rid of high-priced and high-taxed Real Estate.   Cut back on the expensive lifestyle.   The goal should be to bank as much of the remaining $5 million as possible - bearing in mind that the Judge may nick him for some of that in bankruptcy court.