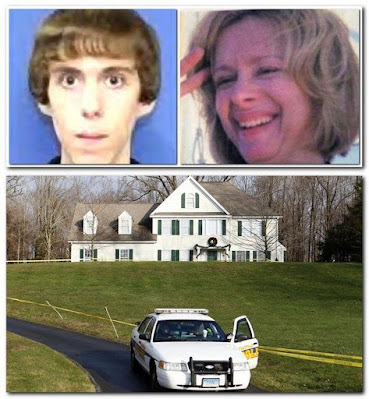 
The report is out about the Sandy Hook Elementary shooter, Adam Lanza, and all fingers are pointing to his Mom.   Many were quick to blame the ready access in our society to high-power firearms - and there are some arguments to be made there, for sure.   But in this instance, it was Mr. Lanza's Mother, knowing he had deep emotional problems, who introduced him to the world of firearms, took him to the shooting range, and kept multiple firearms in the house - knowing there was a mentally disturbed person living there.

Sadly, the pattern I see with Mrs. Lanza is one I have seen many times before - Mothers who want to control every aspect of their children's lives - and also to indulge their children rather than seek help. The warning signs were there. She knew there was something wrong with her child.  She even took him to Yale's renown child psychology department - and then proceeded to ignore every recommendation they made.

Why was this?  Because if she followed their advice, she would have given up control over her son.  And we can't have that, now, can we?  After all, every Mom needs a hobby, and you son's mental illness is a hobby many women indulge themselves in.

So no medication ("Adam doesn't like that!") and no socialization or treatment ("he'd rather spend time at home!") and towards the end, he was living in his room with plastic over the windows, for months on end, eating sporadically and spending all day on the Internet - in mass-murder discussion groups.

And still she saw nothing wrong - no reason to get firearms out of the house. No need for further treatment.  Just, "Adam - want to go to the shooting range with me?"

It becomes clear why her husband left this marriage. No doubt arguments ensued about the raising of their son - and his treatment.   And Dad saw the train going off the track.

Of course, Mrs. Lanza was the first victim of Adam's rage - shot with her own gun (as so many are). And actually, that is a very reliable statistic - if you keep a firearm in the house for "protection" you are 22 times more likely to shoot yourself or someone you love (or be shot by them) than to stop an "intruder".

And when you throw mental health issues into the mix, well the odds go even higher.

There are a lot of Nancy Lanzas out there.  I've met quite a few during my life.  And their kids came out OK not because of their parent's guidance, but in spite of it.   As I noted in The Parent Trap, there are parents galore out there who love to lord over the ruined lives of their children, while simultaneously nailing themselves to the cross - and boring all their friends about the "troubles" they have with their kids.

Rather than try to "launch" their children, they want to keep them close by, controlled, and having a life of limited scope.   It is not only sad and pathetic, it is dangerous as well.   If you are a parent, try to launch your child - and then ask yourself hard questions about your own enabling behavior.  Are you keeping the kid in your basement, just so you can bitch about it to your friends?   It is a hard thing to confront.

And if you are a "kid" of 18 (which we used to call "adults") get out of the house!   Living in your parent's basement is not something that is desirable.  It is not living a full life.  It is damaging to your mental health.  It is a dead-end.

And it goes without saying, if you have a child with mental health issues - or have them yourself, don't be afraid to seek professional help.  There is nothing shameful about mental illness - except when you make it shameful by denying it exists or by failing to seek help.  For God's sake, don't buy them a gun!

One wonders how many other Adam Lanzas are living in their childhood bedrooms, with black plastic taped over the windows, spending all hours of the night on paranoid conspiracy theory websites, slowly starving themselves to death and making plans for massacres.   There has to be more than one.
Update:  There were.