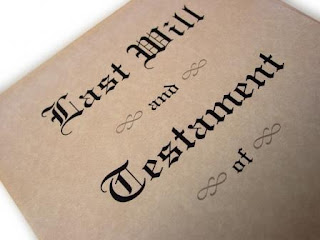 This blog posting isn't what you think it is going to be about.

We like to think we are all unique individuals and have our own ideas which we formulate on our own.    Our parents are an "influence" we think, but not who we are.   We might be wrong about that.   Where you live, what you believe in, you politics, your spending habits and your personal behavior are mostly influenced by where we came from - who our parents are.   There is hope, however.   While statistically these things seem determinative, they are not absolute.   You do have free will - you just have to have the will to engage it.

According to one study, most Americans live within 25 miles of their Mothers.   This is not an unusual statistic, as most people are exposed initially to the place they are born or raised in, and thus tend to stay in the same place.

The survey has interesting sub-statistics as well - college educated people are far more likely to live further away, and the survey authors believe this is because the children at college are exposed to new places and new ideas.   If they went to Cornell, however, odds are they never moved more than 25 miles away from Ithaca.

It should also be noted that professional jobs often require that you relocate.  If you are an Engineer, you have to go where the jobs are - and likely they aren't in your small town.   So that is one reason more why the college-educated live further away.   Unskilled workers are more likely to find work near their hometown.

Perhaps it was not in the survey, but I suggest that folks who lead a more peripatetic existence also tend to move further away.   Once you have been to a number of towns in your life, you tend to be tied down to one of them less.   I've lived in four towns as a child (before age 18) and thus have tended to wander more.  My older siblings, having lived in more places and stayed in each one a shorter time, wandered even further.

I have friends who have lived in or near the same small town their parents lived in, for the last 40 years.  Their parents are now dead, but they never move away.   There are no jobs, the weather is atrocious, the local educational and cultural levels are in the toilet, and the taxes are pretty steep.   There is really no reason for them to stay, but stay they do.   Recently they retired, and they are thinking of moving somewhere for retirement.   They can't figure out where to go.   They have an almost agoraphobic fear of the unknown.  And it is kind of sad, as they have spent their whole lives in this sad little town, and they finally have a chance to be free.  The cage door is open and the lock is smashed, and yet they cower in the corner and whimper, helplessly.

There are some excellent statistics on this subject in the study, "Counting Flocks and Lost Sheep: Trends in Religious Preference SinceWorld War II" By Tom W. Smith, Univerity of Chicago.

Stated another way, about 2/3rds stay with the religion in which they were raised.

Here is one table from that report listing the "retention rate" if you will, of children's religion (once they have grown) compared to their parents:


Note that the more conservative your parent's religion is, the more likely you are to remain with it.  I don't think this has a lot to do with the religion itself or its validity - only that religions that are more conservative tend to have more indoctrination.   Unitarians can skip church now and then.  Fundamentalists and Catholics do it less - when young.   And more strict religions are more likely to have religious schools, to make sure the indoctrination takes.

Funny, but we like to think our religious beliefs are something that is uniquely ours - or something we discovered on our own.  However, statistically, it is just the bullshit they fed you as a child, which you swallowed, hook, line and sinker - and don't ever question.

This is a tricky one, as it can flip either way.   Many folks whose parents are die-hard Democrats are themselves die-hard Democrats.  And many who come from agitated Republican families end up agitated themselves.   Your deeply held political beliefs may be little more than an echo chamber.

But there is an inverse effect sometimes.   Sons and daughters of conservative Republicans often turned into Hippies in the 1960's - as a means of rebelling against their parents.   In the 1980s, we saw young people turn conservative - often with the same reason, which was to alarm their liberal parents.

The same could be said for other beliefs, such as racism.  Children of racists end up racist - or at least have less trouble telling ethnic jokes or making racial slurs.   Children do pick up on subtle cues, though.  If you don't consider yourself racist, but raise your kids in an all-white suburb and attend a "restricted" Country Club, well, they will have the same closet racist attitudes as you do.

My parents were spendthifts.  They did not keep track of money, but spent it unwisely.   My Dad had a wallet full of credit cards and thought that the more credit cards you had, the wealthier you were.  He liked to play big-shot by picking up the tab - making a big show out of pulling out his fat wallet and then musing over which of a dozen credit cards he should use.   Funny thing, he told me his Dad like to "pick up the tab" and be a big-shot, too.

They bought cheap cars and never took care of them.  My Dad thought oil changes were a scam that the local gas station was trying to pull on him.   When I left home, I had similar habits.   My parents never sat down and showed me how to balance a checkbook, or anything like that.   I got some vague advice about "save your money" and that was about it.

The good news is, behaviors can be changed.

Sex, Drugs, and Rock & Roll, as they say.   If your parents like to party, odds are, you will too.   My Grandmother was a "flapper" during the roaring 20's - wearing a cloche hat and rouging her knees and attending those "blind pigs" or speakeasies in New York City - no doubt dancing the Charleston and doing God-knows-what.  Hard to believe the little old lady schoolteacher I knew was a party animal.

And my parents were not much different.  They liked to booze and brawl.   And they both had extramarital affairs.  My siblings all liked to do drugs and drink - and introduced me to both at age 13.  We take these normative cues from our family, and think this is how we are to behave.

So what does this mean?   That we should all just give up and lie down and die, because no matter what you do, you'll just end up a statistic - and slowly turn into your Mother or Father (or some weird hybrid of the two?).

Hell no!   Statistics tell us what masses of people have done but they don't predetermine what you can and may do.    The folks at Freakonomics continually fail to grasp this simple dichotomy.   Statistics are always backwards-looking and tell us where we (as a people) have been (provided those statistics are not from the Bureau of Specious Statistics).   However their very existence influences our behavior and we do have free will as to what we want to do.   You are not preordained to do anything.

Where these statistics and studies can be useful to you is in examining your own beliefs and behavioral systems and then asking yourself, "Am I doing this just because my parents did?"

Do you really have a deep abiding faith in Islam or Mormonism, or is it just something you picked up along the way, and you don't want to voice any doubts or concerns, lest you piss off your family?  Examine your religion carefully and ask yourself if it is really what you believe, or just what you were brought up with.

These are, of course, scary questions.  And that is one reason why I am not impressed with faith anymore.   People don't adopt belief systems because of the superiority of a particular belief system, or because of their deep faith in those beliefs.   By and large, they simply adopt the belief system they were exposed to as a child.  Period, paragraph, end of story.

Do you live where you live because you chose that place?   Do you really love Flint Michigan, or have you just been living there since you were a child and cannot imagine anywhere else?  We all do that - tend to think of "home" as better than anything anywhere.   But there are other places which are nice - plenty of them.   And if you are living in the same small town you grew up in - and there are no jobs, taxes are high, and the weather sucks, well think about moving somewhere nicer.

Similarly we like to think of our politics as some deeply-held beliefs that reflect who we are as a person.   But for many people, they are just a regurgitation of what their parents said - or the exact opposite, if they are trying to annoy their parents.

And maybe some of our behaviors are literally inherited genetically - propensity to OCD or chemical addiction, for example, might be a genetically inherited behavior.   But others may be less so, and more due to your exposure to these behaviors than anything.

And it goes without saying that the less you expose yourself to their behaviors, the more different your behavior will become over time.   Your beliefs and behaviors will become divergent just as an inertial navigation system diverges from course over time, if constant course corrections are not given.

But people can change - and decide what they want to do with their lives.   Some never do - convinced that they need to obey their parents, well into their 40's and 50's.  It is only when Mom and Dad die, do they realize they have their own lives to lead  - and then feel cheated that so much of their live was squandered trying to appease the whims of others.
Newer Post Older Post Home