Do You Need an Investment Adviser? 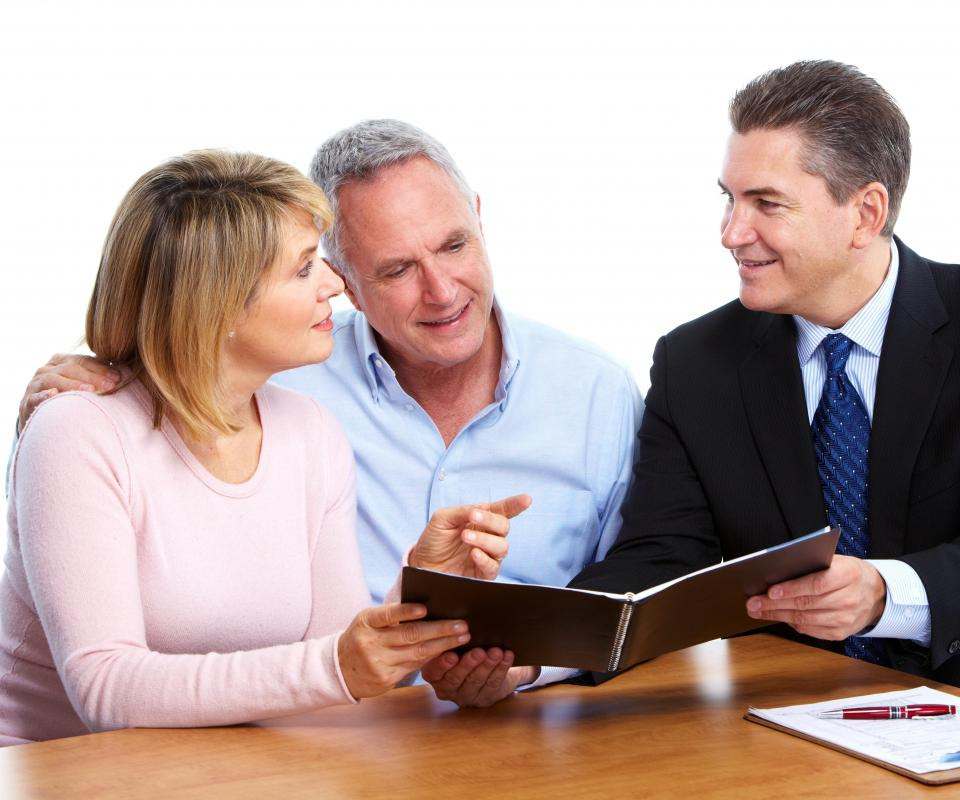 Do you need an investment adviser?
Remember that Investment Advisers are just salesmen for mutual funds and are on commission.

I have been asking friends and family members (and total strangers) about where they invest and why.  The answers are all over the board.   It is safe to say that most people here on retirement island have a "nice young man" who they invest with.  And whenever they want to know how much money they have, they call him on the phone.

And that is probably how most Americans invest.   The complexities of it all are too much for most of us, so we bring our sack of hard-earned dollar bills down to INVEST-O-RAMA and hand it over with our blubbering thanks and hope that somehow, down the road, there is money there for us to live on, when we get old and close to death.

But as I noted in another posting, these investment advisers can have their own interests in mind, over yours.  In fact, they all do - they are in this business to make money, pay their mortgage, and get rich.  What they recommend for you could be great, or it could suck.   Since you don't know the difference, you can't really make a rational decision.   You are the lamb being lead to slaughter.

Of course, one way to invest, is just to invest by yourself.  When we started out with Fidelity, we had a small IRA started by Mark's Father, in the fairly decent Equity Income Fund, which had no loads and an expense ratio of about 0.66%   We didn't talk to an "investment adviser" with regard to this investment.  We just put money into every years as part of our IRA plan, and when we left a job, rolled over their 401(k) money into it.  Over the years it grew sizably.

Over the years, we set up other funds, such as a SIMPLE IRA and a SEP IRA, when I was self-employed.  The SIMPLE plan was invested with Vanguard, which as we now know, has some of the lowest fees in the country.   I believe this was recommended by Mark's Dad, who in retrospect was a pretty smart guy.  Going through the records on this, I realize that we did not talk to any agent, but did the entire thing via mail and over the phone (doing things on the Internet wasn't big back then).   When I closed my business shortly thereafter, the accounts kept going, but the folks at Vanguard did say they would have to charge me an account fee if I had more than one fund (as the account balances weren't large) so I consolidated four funds into one.   So Vanguard does charge fees, for a SIMPLE IRA apparently, if you don't have a minimum balance.  Other than that, they are a low-cost provider.

Once I went back to solo practice, I set up a SEP IRA, which was suggested by my Northwestern Mutual Life Agent.  He was a real piece of work, let me tell you.   And I blindly assumed that the advice he was giving me was in my best interests.   But I realize now that every investment product he sold me had a fairly high front-end commission (Whole Life Insurance, Variable Whole Life, Adjustable Whole Life, and the SEP IRA).  The SEP IRA was in American Funds, which my Dad used to sell (he was a real piece of work, too!) and they have a 5.75% front-end "load".   I remember asking at the time, "These aren't load funds, are they?" and getting some vague response.   Ask pointed questions - that's my advice.

He also would periodically call me to "re-balance" my accounts - selling one fund and buying another, as each fund would grow at a different rate, or so he explained to me, and you wanted to keep the balances in roughly the same ratios.   I believe he also did this as he got a nice commission (out of that 5.75% load) on this re-balancing act.

But eventually, I stopped buying products from him, and not surprisingly, he stopped returning my calls.  As I got older, I just put money in my Fidelity IRA every month, and he wasn't getting a taste of this.   At first I was a little hurt and confused by this.   After all, he was my best buddy - stopping by my office all the time with some new investment proposal.   But later on, well, he didn't have time to call me back or answer questions I had about my investments, such as whether I should convert my life policies to paid-up status.   He didn't get a taste of that, so he didn't call back.

Let's face it here - I was a first-class chump, and it has taken about 20 years to really see what happened and why.   When I dealt with companies via phone or online or by mail, I got low expense ratios, low or no commissions, and pretty decent returns on my investments.   When I talked with a "live person" I ended up paying more.  And that basically is how it works - these folks have to get paid, and they get paid to sell you investments.

And of course, my experience with State Farm agents has been similar.   They touted the idea of rolling over all of our investments to the funds they were selling, so they could net a cool 5% commission on the whole deal.   The agent touted the "convenience" of one-stop shopping.  And I am sure there are people who fall for that sort of thing, too.

Now, taking my Northwestern Agent as an example, was he a crook?  Did he steal from me?  Did he do anything illegal?   And the answer is, of course, "Hell, no!" as in America, selling people things for exorbitant prices is not against the law.   Overcharging is not a crime, it is how capitalism works.   In fact, by definition, it doesn't exist as everyone is entitled to charge what the market will bear and you are under no obligation to tell a customer, "Oh, by the way, the guy down the block charges half what I do!"

So did I lose money by not making better investments?   Well, Yes, No, and Maybe.   Yes, because if I was more astute and put all that money that went into high-cost investments into something with no loads and lower management fees (expense ratios) I likely would have tens of thousands of dollars (maybe hundreds of thousands) more today.   Then again, if I could go back and buy AVIS stock at 74 cents a share - instead of GM at $30 a share, I would have a lot more, too.   Time machines are dangerous things, and they are usually broken.   You can't unbark the dog, as they say.   But if you are reading this, at age 30, and starting to invest, well, consider my experience.

And I also have to say "No and Maybe" as at least I invested something over the years, and thus have some money set aside.   Some folks, believe it or not, will argue (foolishly) that since you can't win all the time at this game, you should never play.   "You can lose all your money in the stock market, so you might as well buy a jet-ski instead!"   No, I am not kidding, there are people who think this way.  Actually, they are just using this as a post hoc excuse for their poor investment planning.   And every time the stock market goes down, well, they point to that and say, "See! Told you the jet ski was a better investment!"

When you are starting out, you often feel that you need guidance and help, so the "nice man" at the investment company is there to point out which funds to invest in (WillGrowCo, as opposed to CrapCo) and to set up your accounts and all that.

And if you work for a company that provides a 401(k) plan, you might not have a choice as to where to invest - and this is where it gets tricky.   Some companies will have someone like my Dad come in and give a presentation to employees about the 401(k) plan and what funds you have to choose from.   It is a take-it-or-leave-it deal, and there may be loads or high fees for these funds, or the funds may SUCK and you don't have much of an option.

At one firm I worked at, they brought in a guy to sell us on a "401(k)-like" plan, which was actually a Variable Life Insurance plan - with high commissions and management fees.   I am not sure if this salesman took one of the partners out to lunch or otherwise bribed someone - but it is an area ripe for fraud, if you are selling high-load, high commission funds.

And of course, some investment advisers have sold some criminal products to oldsters - annuities that don't kick in until age 80 - that sort of thing.   They don't explain these investments well to their customers, as if the customer really knew what was going on, they wouldn't sign the papers.   Selling investment products to old people really is almost criminal, as old people should be getting out of investments and selling off their savings.

Then there are the real crooks - the account churners.  If you foolishly give your investment adviser trading authorization for your investments, they can buy and sell funds all day long - taking a percentage of each trade as their commission.  And with a 5% load on some funds, it doesn't take long to trade an account down to nothing.

In this day and age, you can do a lot of things automatically online.  GEICO is cheaper than other insurance companies because they don't have lots of storefront offices and brain-dead "agents" to pay.    And similarly, fund companies that don't rely on salesmen (which is what investment advisers are) to sell their funds, are going to be cheaper to own.   Banks are going the same route - with teller-less models being touted as less expensive.

But some folks like to put a face to a company.  Many oldsters here tell me that they like being able to "call old Joe and ask my balance" over the phone.   Of course, these oldsters are from another era, and they believe all the scare stories about how the Internet is dangerous.   They don't trust online accounts, and if you are living on your savings, well, maybe trust is a big deal.

And I suppose if you really feel you need "Old Joe" to manage your accounts, that is not a bad thing, but bear in mind that you are paying for Joe when you hand him your money.   And bear in mind that Joe probably won't return your phone calls when you stop investing with him - and at a time when you need him most.

After 30 years of investing, all I can say is that I am glad I put some money away - but that the best investments I made where not through an investment "adviser".