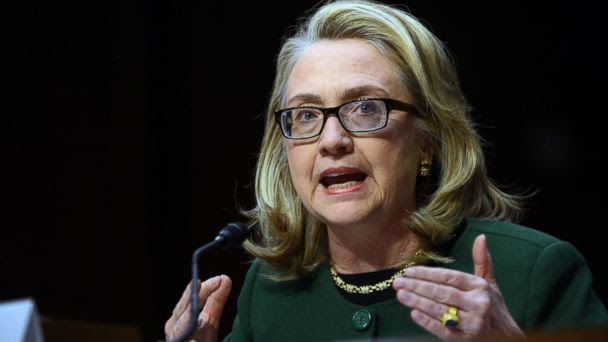 I was at the bank the other day, sending a wire transfer, and they had Fox News on.  I struck me that Fox, of all the news channels, is most attuned to emotional thinking (they all are, but Fox is the worst).

They were pillorying Hillary because her speaking fees were $300,000 per speech.  But what really browned them off was she demanded hummus in her break room.  The food of Middle-Eastern terrorists!  How could she!

What they were pissed about was what seemed like a petulant request - specific foods in the break room.  However, as others have noted, sometimes these requests - like having all brown M&M's is a good way of checking that the person you've contracted with actually was paying attention.   You see the hummus in the break room and you know that the P.A. system was checked out thoroughly, as per your contract.

But the Fox airheads did raise some more pertinent questions (which sadly, got less airtime than the hummus thing) and that is, is it really right for colleges to hire speakers for $300,000 a pop, paid for by the student fee, when students are struggling to pay tuition?   If 1000 people fill that auditorium, they are in effect paying $300 a seat to hear the wit and wisdom of Hillary Clinton (or whoever).

And with public universities, this question is even more valid - should a public university be, in effect, endorsing and supporting one candidate over another (again, these things are usually paid out of the "student fee" and not the university's money).

So why does Hillary charge so much to speak?   Well, like with her husband, people will pay it.   And of course, this ends up being a backdoor way of financing a Presidential campaign.   You can contribute a couple of grand to Hillary's campaign legally.   Or you can pay for a speech and pay her in cash, directly, as much as you'd care to.

Wernher Von Braun was once asked what powered the mighty Saturn V rocket, and he replied, "money".   And the same thing powers political campaigns.   So you can't fault Hillary for going after the money - her GOP counterparts will do the same thing.

However, I am a little saddened by this, as Hillary is making the same mistakes this time around as she did in 2008.  She is going after the big donors and the big money, and ignoring the little people.   Barack Obama became President by tapping millions of small donations online - $10 at a time.   And yes, he sends me pleas for money every day it seems (which may have backfired - no one likes SPAM).

But it looks like the drumbeat of anti-Hillaryism is starting already.  And sadly, Hillary is her own worst enemy in this regard - refusing to listen to voices outside of "Hillaryland" - she resides in an echo chamber instead.   And sure as shitting, she will make some half-assed comment in a speech about "Baby Bonds" or the "Woodstock Museum" - not calibrating how such things sound to people outside of the hall where she is giving the speech.

And that is sad, as the GOP lineup this year looks even sadder than in previous years.  And on the Democratic side, we have Hillary and who else?    Jim Webb?
Newer Post Older Post Home