NOTE:  Special thanks to several readers who helped educate me about Expense Ratios.  Why I didn't know this 20 years ago, astounds me. 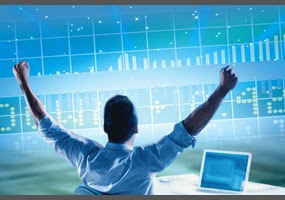 How do Mutual Funds make money - for the fund companies?


A lot of people like to think banks are charities.  There is a famous sketch on Saturday Night Live, about the "change bank" that just makes change.   How do they make a profit doing this?  Volume.

And people believe that.  It isn't true.

Of course the answer is:  You do.   But it is never made really clear how the money comes out of your pocket and ends up in his.   There are two ways, basically - well, perhaps three.   One is "loads" that many funds charge to invest in.  Most folks suggest investing in "no load" funds, as they are far less costly.   The second is in "expense ratios" - the amount taken out by the fund every year to pay expenses.   A third is in trading fees (for stocks) and other fees some companies charge (account closing fees, transfer fees, etc.).

A lot of folks believe their funds are "no load" or "no fees" which may be true, but it doesn't mean there are no expenses in the operation of the fund.  The mutual fund company takes a slice of the pie and it is often a pretty big slice (particularly compared to today's rates of return) and often they take this slice even as the fund loses money.

This link explains how these funds work.

"Fund managers charge management fees, which are generally pretty small, often less than 1.5% of the money you invest. This small percentage, however, is enough to be profitable for the fund company, since so many people are investing so much money"

This link has a definition of expense Ratios.   These are annual fees taken out of your account, and can vary from tiny fractions of a percent to over 1%.  Sadly, these annual fees are rarely itemized - if ever - on your monthly, quarterly, or annual statements.

In an era of 3% rates of return, 1.5% is a pretty big deal.   It also explains why many investment advisers want you to sell your mutual fund with company X and buy one with their company Y.  They might get money this way.

Let's take a look at one traded Mutual Fund, the Vanguard Lifestrategy Income Fund (VASIX).  I had a SIMPLE IRA for a few years and put a few thousand into this fund.  A reader alerted me that Vanguard funds had low overhead ratios.  At first, if you go to any financial page website, it appears that Vanguard is running a charity:

This is good, of course.  Some funds, such as the troubled "Growth Fund of America" charge a 5.75% load in addition to management fees (expense ratio) of 0.66%.  Ouch!  (My Dad sold me some of this turd, when I first started investing.  I am glad I got out of it!).

That is not a bad ratio.   But what about equivalent funds from Fidelity?   Morningstar (whose stock has done very well, by the way) rates VASIX as a "Conservative Allocation" fund.  My Fidelity manager has put me into the following funds with the corresponding expense ratios.

Note that these latter Fidelity Equity Income Fund was what we were originally invested in, and it had a fairly low (by Fidelity standards) investment ratio.

We previously had a SEP IRA with American Funds (see note above) with the following expense ratios:

Ouch. Some of the loads are kind of high, and paying 3.75% to 5.75% up front for every dollar invested is kind of steep.   Funny thing, though, when I set up this SEP IRA, I recall specifically asking the advisor whether these were load or no-load funds.   Oh, wait, that was my Northwestern Mutual guy - the one who put down "Fox News" as his favorite television show on his Facebook page.  What an asshole.  We've since gotten out of those funds.

By the way, these numbers are not easy to find.  On the Fidelity site, you have to click on the fund in question, get a quote and then click on the RESEARCH button, and then look through the data to find the expense ratio.  You have to know what to look for, too - the term "expense ratio."  On the American Funds site, you have to scroll way down to find the expense ratio, but the LOADS are nowhere mentioned.   Morningstar has a better database and it is easier to find expense ratio and load fees (front-end or back-end) since it is an independent source.

Now are small expense ratios always a good thing?   Well, it depends on the fund type.  Obviously, a fund that invests in government bonds shouldn't have a very high ratio, for two reasons.  First, there is not a lot of brainpower needed to buy government bonds.   Second, the yields are so poor these days that even a tiny expense ratio can wipe out any earnings from government bonds.

Perhaps for more esoteric investments - such as high-tech stocks, foreign investments, emerging markets, and that sort of thing, require more legwork and brainwork to invest in - and generate higher rates of return as well.   As a result, you'd expect to pay more in management fees across the board.

HOWEVER, it pays to compare funds that invest in similar investments.  For example, the VASIX fund is a very conservative, mostly bond fund.  The Fidelity FTBTX is a bond fund as well.  However, its expense ratio is 0.45%, over three times that of Vanguard.

Of course, you could buy stocks directly yourself and just hold them.  However, as I noted before, stock-picking is fraught with peril.   You can make millions or lose it all - depending on what you pick.  And few of us have the wherewithal to research and select stocks and beat the market.   In a future posting, I am going to analyze my own stock portfolio and see what my overall rate of return has been (including dividends) and compare it to the market averages.   But aside from the risk (which is also present in mutual funds) is the trading fees, which usually are about $7 to $9 a trade with most shops, which means that you will pay an awful lot, as a small investor, if you are only buying a few thousand dollars of stock at at time (as compared to the large investor).

Sadly, I never investigated expense ratios, that is until now.  This would have done me a lot more good 20 years ago than today.   But back then, I was naive and thought that all these companies charged about the same amount in fees and that was that.   And as I noted before, when you ask pointed questions about these things, the investment advisers tend to waffle and waver.   They never come right out and say what their fees are and whether these are competitive with the industry.

And this is what Fidelity gets for changing its website.  I probably never would have researched this, until they got me thinking about it.  1.26% pays for a lot of HTML programmers - ones that I don't want to pay for!  And how much did I pay Fidelity?   That is an interesting question.   Based on all the assets we have with them, as well as the expense ratios, you are looking at about $4000 to $6500 annually, I believe.  Bear in mind that each dollar reinvested has its own nick of the "expense ratio" as well.

Granted, using expense ratios is not always the best way to choose a mutual fund!  A fund that is losing money is no bargain.   A fund with a high ratio can be great - if it makes a lot of money.   However, this link discusses which funds have the lowest fees.  Vanguard tops the list.