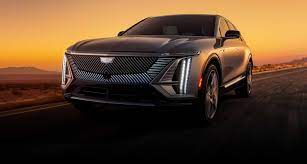 Very few of the original car makers, other than Diamler-Benz and maybe Renault, survived until today.  Most went belly-up or were acquired within a decade or so.  What does this say about the electric car business today?

I updated my Motor Trend Car of the Year Curse posting and once again, this year's nomination was an oddball - an electric car company that no one has ever heard of that is just starting to produce electric cars.  I mean, these people aren't even up to the level of Tesla yet and they get car of the year?

Tesla, on the other hand is like VW was back in the 1960's when we would play "Punch Bug" in the back of Mom and Dad's station wagon.  If you saw a VW Beetle (which were not too common) you would shout "Punch Bug!" and punch your sibling on the shoulder, painfully.  It was a pretty stupid game.  And as Beetles became more popular, a bruising game as well.

I see a Tesla nearly every day when I go to town to go shopping.  We live in a pretty rural area of Georgia, but we do have some wealthy enclaves such as St. Simons and Sea Island.  On I-95 it is a cinch to see one or two Teslas even if you are only travelling a few exits.  And judging by the out-of-State tags, people don't have much "range anxiety" anymore.  You can drive 300 miles and then check into a hotel and charge overnight.

The problem for Tesla is the same problem as any pioneer in the marketplace.  They sold Teslas based on status, not price, much like early hand-built automobiles.    When you are charging nearly $100,000 for a Model-S, well, you can make a decent profit.  But what about the lower end of the marketplace?  Traditionally, that is where previous automakers tried (and failed) to target their marketing - small electric cars, such as one offered by Mitsubishi - which were punishment chambers for their owners.  Or others, like KIA, who converted gas cars to electric with predictable results - very limited range of under 100 miles, which is just not acceptable.  300-400 miles is the baseline today and if you can't hit that target, go home.

Whether Tesla can continue to dominate the EV market is the question.  Every automaker, it seems, is coming out with an EV model this year, except perhaps Toyota, which is odd, as they pioneered the hybrid market.  Ford is going all-in with an electric F150 and an electric "Mustang" SUV. GM is introducing an electric Hummer and an electric Silver-a-do pickup truck and is positioning Cadillac as an electric brand.  I am not sure what Chrysler is doing, but I assume they have something in mind.  BMW, Mercedes, and the rest of the Europeans are in on the game as well.  It seems most are targeting the upper-end of the market as electric cars are still expensive.  And I assume they are getting in the game for carbon and CAFE reasons, as well as a chance to make money.

But there are others whose names you may or may not have heard of.  The "Lucid Air" is coming out this year and made "car of the year" even though production is very limited.  Rivian still issues press releases, but many are wondering whether the whole thing was some sort of scam.  Lordstown Motors is leasing out GM's notorious assembly plant - sort of like how Elio is leasing the old Hummer plant - and has yet to really produce much, if anything.  Then there is this company from Vietnam which is "launching" their brand this year.  Vinfast - it sounds like a carbonated grape drink!  And there are a host of others as well Byton, Faraday Future, Dyson, Nio - it seems everyone wants "in" on the EV thing.

Can all of them survive?  Will any of them survive?  I think Tesla has demonstrated that the electric car is a viable thing and has a future.  BMW is still grousing about hydrogen, even as it offers its own line of EVs.  Hydrogen is attractive as it can use the same or similar infrastructure as convention IC engines (or fuel cells, but those make batteries look cheap).  And you can "refuel" a hydrogen car in a matter of minutes.  Problem is, making hydrogen economically means cracking it from petroleum, so it does nothing to solve greenhouse gas issues.  And making it using electrolysis from solar cells isn't economical at all.

It seems that if we are to go "carbon-neutral" the electric car is the only option, at least for some users.  It is here to stay, despite the nay-sayers.  Whether I will buy one anytime soon is another question, of course.  For the next decade or so, IC engines will still be a cheaper alternative for most people.  So I think we can say with certainty at this point that electric cars are not a "fad" or that they will go away or that they should go away.  The question is, which makers will survive and which will fade away?

History never repeats itself exactly.  At the dawn of the automobile age, there were a plethora of car manufacturers - even electric car manufacturers.  Most merely assembled cars from component parts bought from a number of suppliers.  You could buy a Continental engine, a body by Fisher, door hardware from Turnstedt, axles from Detroit Gear and Axle, and so on and so forth.  Cars were expensive and largely hand-made to order.  Rich folks would buy a chassis and then have the coachwork made to their tastes.  Some would even swap bodies with the seasons - removing the enclosed limousine body used in the winter to substitute an open "touring" body for summer.  But that period lasted only about a decade or two.

Cars came down in price, and Henry Ford was responsible for much of this.  But others got into the act.  General Motors bought up not only car companies and brands, but parts companies as well.  At one point, GM made every part of the car except the tires and gasoline.  Henry Ford did the same thing at his famous "Rouge" plant, where Ford freighters would bring iron ore through the Great Lakes, which would then be transported on Ford railroads to Ford foundries.  Iron ore goes in one end of the Rouge, Model-T Fords come out the other end.  Scrap wood from the bodies was used to make Kingsford charcoal.  It was as efficient as a slaughterhouse.

Vertical Integration or the Sloane method, as it was called, not only meant you achieved economies of scale, but you also locked out competitors.  If you owned the largest maker of batteries, generators, starter motors, and ignition systems, your competitors had to either buy from you or start parts companies of their own.   As a result, smaller competitors were at a price disadvantage and gradually went belly-up or were acquired by the conglomerates.

Of course, this all stated to unwind in the 1970's and 1980's as the vertical integration model gave way to the "captive supplier" or keritsu model that the Japanese perfected - a model being wracked by the "supply chain" issues we are having today.

And perhaps the model Tesla is using - eschewing traditional dealerships (which seem to be little more than organized crime) in favor of selling cars in shopping malls and other non-traditional locations - might be the right answer for this new technology.  Or perhaps this could be their Achilles's heel when it comes to servicing and repairing these cars as they get older - and Teslas are getting older, too.  I am hearing stories about how hard it is to get your Tesla repaired, once it is out of warranty or needs collision work.  Parts are apparently hard to come by, as is technical information.  The traditional carmakers might have a leg-up here - although their cars are getting harder and harder to fix, with proprietary technology and limited release of technical information.  Pretty soon, it will be cheaper to just walk!  Maybe that is the idea.

But just as it seems clear to me, anyway, that these electric cars are here to stay, it isn't clear that all of these companies will thrive and survive in this new EV market.   And therein lies the problem with investing in new technologies.  Even if you can identify the correct technology, identifying the correct company to invest in is problematic.   And even then, just because a company becomes popular doesn't mean it is profitable or will have wild profits - not when competition brings down prices.

3-D printing was hyped by the Motley Fool (well, all they do is hype) as "The Next Big Thing!" that would "put China out of business!" because, I guess, we would all buy 3-D printers and just print our new iPhones and electric cars.  3-D printing is a thing, of course, but not something every American needs or wants to own.  And no, you can't print a car just yet - not economically, anyway.  It is a neat little toy for making one-off or prototype parts, but not really meant for volume production.  It hasn't put China out of business - in fact, most of these machines are made in China.  It helps to separate the hype from reality.  You don't hear much about 3-D printing Billionaires, do you? They exist, of course.  But they are not you and me.

My guess - and this is only a wild-assed guess - is that the bulk of EV companies today will disappear in 10-20 years at the most.  They will merge or be bought out or go bankrupt.  The major automakers will survive - most of them anyway.  The process of merging and morphing in the car business, which has been going on for a century will continue unabated.  And I suspect one "major" car company may go by the wayside in this process.  But these tiny, undercapitalized companies?  I doubt many of them will survive.  And even Tesla should be nervous, as if Ford or Volkswagen captures the lower end of the EV market, well, it will be hard for Tesla to command premium prices for their cars.