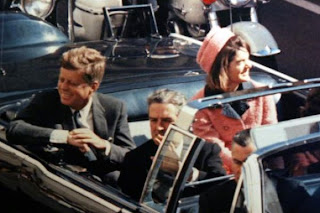 How does believing in a conspiracy theory improve your life?  It doesn't. It just makes you paranoid, unhappy, and unpopular.


You may have noticed a theme in my posts. I don't put up with a lot of nonsense. Take your tax protesting, UFO theories, conspiracy theories and all that other junk elsewhere.

As Jack Nicholson once said, "go sell crazy somewhere else, we're all full up here!"

The problem with these conspiracy theories and the like is not that they are necessarily completely untrue (there is usually a nugget of truth in most of these, but usually it is overwhelmed by a mountain of nonsense, conjecture, and just made-up stuff). No the problem is, they are huge time-bandits - time wasters, and also emotional drains.

Your emotional state is important when it comes to finances. If you are depressed, angry, upset, stoned, or otherwise in an altered state, it is hard to make rational decisions in your life (See my article: "They're BAITING you!" in this blog).

People with serious emotional and mental health problems rarely have their financial house in order, which often compounds their other problems in life. But there are a large number of people out there who are "functional" and yet squander much of their time and energy (and emotional energy) on things that they can little affect.

The pattern I often see is conspiracy theories and political junky-ism. Both can consume a person's life, and both do little to help an individual with their own bottom line. Both take up enormous amount of man-hours in terms of time.

I've had friends regale me with tales of "Area 51 cover ups", "Kennedy Assassination Theories", "Oil Company Conspiracies" and "You Don't Have to Pay Income Taxes" stories. These folks have devoted hours and hours of their lives into getting worked up over these things, often to the detriment of their own mental health and well-being. Since 9/11 the latest addition to this genre is the "9/11 Truther" - who believes that the entire 9/11 incidents were all the result of carefully choreographed mass-deception on a grand scale.

There is also a religious angle to this sort of thing. "End Times" theology can be a huge time-waster and also sap the soul out of a living human being. If you go through life thinking that Armageddon is going to happen any minute now, then why bother saving money for your 401(k)? As a result, many of these folks give all their money to their church, banking on the Rapture as their retirement plan. (End Times theology and the Rapture were not really developed as religious theories until the 1800's, which makes them highly suspect as religious dogma. Of all the hundreds of thousands of verses in the Bible, this "theology" is based on three or four vague verses taken entirely out of context. But that's another story).

The tax protester (or tax denier) merits special mention, as these folks not only waste huge amounts of time and emotional energy, they usually end up in trouble with the IRS, and thus in real serious financial difficulty. However, such legal action serve only to prime the pump on persecution theories, which in turn reinforces the behavior instead of abating it.

The point is, obsessing over some conspiracy theory or whatever does little to add to your own personal bottom line. YOU are not going to "solve" the mystery of the Kennedy Assassination, or expose the mysteries of "Area 51" no matter how hard you blog about it. You can tithe all you want, but if the Rapture doesn't happen in your lifetime, chances are, your retirement is going to be marked by poverty and suffering (and a genuine feeling of being had).

In addition, espousing such theories to others (which the conspiracy theorists love to do) will mark you as a wacko. Do this at work, and you can kiss that promotion goodbye. The first chance they get to lay someone off, I can guarantee it will be you. (Forget about showing up later at work with your gun, that never works out very well, trust me).

"Well, I'm entitled to my opinions!" you shout. True enough, but the rest of us don't want to hear about it. Also, is obsessing about opinions really doing anything for you? Opinions are like assholes. Everyone has one, but no one wants to see yours. You can spend a lot of time and effort writing letters to the editor, protesting, shouting your ideas to the world, but in the end, the only two things that matter in most people's lives are their VOTE and any MONEY they can donate to an election campaign. If you are broke because you are obsessing about conspiracy theories or politics, then you cannot contribute the latter.

Never squander your emotional energy on anything that is not productive to your personal life. What do I mean by this? Well, consider the example of Katherine Hepburn. According to one biography, Ms. Hepburn kept a closet full of identical clothes in her bungalow in California - tan khaki pants, knit shirts, and pairs of loafers. She wore the same outfit to work every day. As she explained it, Most people, when they get up in the morning, waste half their emotional energy of the day just picking out their clothes. Since she was going to go into wardrobe as soon as she reached the movie studio, why obsess over what to wear?

Hepburn's example is interesting. As a former law-firm lawyer, I can attest that one of the least enjoyable aspects of the job was scrambling to find something to wear every day - a suit, clean shirt, tie, and make it all look good, but yet different that what you wore the day before. For women, this task is even 100 times more difficult. By the time one gets up, gets showered and shaved, dressed, and commutes to work, half the energy for the day has been exhausted.

Wasting additional energy getting angry at the trilateral commission or the John Birch society just doesn't make much sense. In addition, one thing I tend to notice is that the obsessive political junkie or conspiracy theorist tends to use these things to cover up other areas of their lives. If you can fill your mind with smoke and noise, perhaps it is easier not to notice your marriage is failing or your finances are going down the tubes. It is alcoholism without the alcohol.

How do you know if you've become a political junkie or conspiracy theorist? Well, if you are spending more than an hour every day on a particular website, you might want to re-think your priorities. If you can't go for a day without visiting some website, then maybe you have a problem.

If you are married to such a person, life can be problematic, and usually ends in divorce. It is hard to raise a family and save for the future if your husband believes that the world will end in 2012. Similarly, it is hard to have friends and acquaintances when your spouse regales them with the latest theories on the Kennedy assassination or 9/11. Such things can be a turn-off to others, including co-workers. So when your spouse gets "laid off" and spends his days in the basement blogging about 9/11 ("Fire can't melt steel") maybe it is time to call it quits.

TIME is one of the most precious assets you have. Most people squander time by watching TeeVee, which tends to educate very little and when it does, in the wrong ways. TeeVee teaches people to consume and to accept bad bargains without question. TeeVee is a time robber, period. If you don't have money, that's bad. If you don't have time, then you'll never have money either. Notice some time how people who are poor or "living paycheck to paycheck" complain they have "no time" or are "too exhausted" at the end of the day. And then look to see how big their TeeVee is. Chances are, it's huge.

Conspiracy theories do about the same thing - they take up hours and hours of time, and also raise the blood pressure and can negatively affect health. The lesson of the conspiracy theory is "don't bother, the system is fixed". There is no point in trying to "get ahead" because the system is stacked against you. To the conspiracy theorist (or political junky) the only way to get ahead is through intrique or revolution - outlets sorely lacking to the common man. So they just give up entirely, and live embittered lives, convinced that "but for" the Warren commission or whatever, they could be much more successful and wealthy, without having to work.

Why does TIME wealth lead to financial wealth? Because if you have time, you can learn new things that help you to save money or make money. If you have time, you can go to the library, check out a book on cooking, and learn to make a meal for a family of four for less than $10. If you don't have time, you buy restaurant take-out or frozen pre-made meals and spend $20 to $50. Time allows you to work on your own life, improve your own condition. Time bandits steal that from you. TeeVee, Drugs, Alcohol, are all commonly known time bandits. Conspiracy theories and political junky-ism is another.

The problem is, these types of behaviors are not easy to control - and may in fact, be a form of mental illness. It may be helpful to watch early on for signs of such problems - or find other activities as a more useful outlet.

Me? I write this blog.... Perhaps no one reads it, but it helps hone my typing and writing skills.

P.S. - To all those "true believers" out there, please note that I do live on Jekyll Island, the birthplace of the Federal Reserve.  Just a coincidence?  I don't think so!   ;)
Newer Post Older Post Home