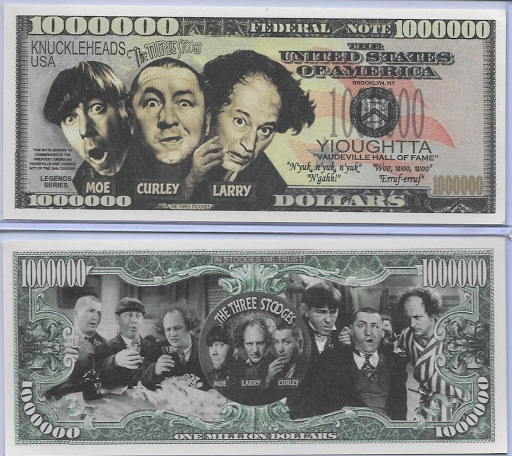 Funny Money distorts markets.
I have mentioned before how the ready availability of Student Loans in the last two decades has caused college tuition to skyrocket. The theory is simple. If a student can sign some papers and get "free" money, then the cost of college is no longer an issue. "But," you say, "They have to pay that back!"
True enough, but the problem with students, is that they view the person paying it back as some old guy that isn't them. Since student loans can be deferred for years, many students may not start paying back loans until years after college. They think "Well, that old fart will have plenty of money. In the mean time, let's have another beer!" I know this because I saw it firsthand, and also did this myself. I borrowed over $30,000 to help pay for law school, and much of that money I did not "need" but they were more than happy to loan it.
In addition, while we all groused about tuition going up, none of us seriously protested the issue, as the loan money always seemed to cover the increases. Now granted, in my example, my income rose sufficiently after school that I could pay off the loan, and it was a good "investment" in my future. However, I've seen other students borrow $100,000 or more for their education, and later on have trouble paying it back. In many instances, students live a better life as students, than they do as employees later on (having to pay off all that debt).
The housing crises is another example of the same phenomenon. Free and easy loans meant that housing prices skyrocketed. People bought houses with nothing down, with low monthly payments, balloon notes, toxic ARMs, etc. on the premise that "down the road" they would sell the house before things got out of hand. In other words, that old fart would have to deal with it, but today, let's have another beer. The problem with this scenario is the same as the student loans - eventually someone has to pay the bill, and that someone is you. People have this disassociative nature when it comes to themselves over time. They view themselves as a being of the now, and the person of tomorrow, well, that's another person.
Perhaps from a metaphysical standpoint, this is true - we all live in the instant, and are constantly re-invented, moment to moment, with only the memories of our prior selves connecting us together. However you view this philosophically, the fact remains that Joe of Today can really put the screws on Joe of Tomorrow. And similarly, Joe of Today may have already been screwed badly by Joe of a day or a year or a decade ago.
The decisions we make now affect our future. This seems like a silly and obvious point, but for many people who fall down our economic ladder, this seems to be the fundamental point they miss. Payday loans and other high-interest scams that exploit the poor function on this same principle - get money NOW and to hell with the person you will be tomorrow. But you always wake up tomorrow and curse the yourself of yesterday in the process.
Getting rid of "funny money" is one way to eliminate this problem. If student loans were based on NEED and not perceived ability to repay, college tuition might not rise so dramatically. If students had to pay tuition by working, tuition would drop dramatically. Similarly, if home mortgages were limited to fixed-rate notes with substantial (20%) down payments, the price of homes would drop dramatically, as the number of folks who could save that much would drop.
The irony here is that laws designed to make it "easier" for the poor to own a home served only to increase home prices accordingly - often pricing them out of neighborhoods or placing them into toxic loans that they would inevitably default on. The tightening of "funny money" may be a moot point by now. The tightening credit market is correcting itself in this regard, and as a result, home prices are plummeting - and do not look to skyrocket again in the near future.
THIS IS A GOOD THING. As home prices drop, workers can afford to live for less money. This means their wage demands can be less, and as a result, our country can be more economically competitive in the world. Unfortunately, it seems the politicians solution to the problem is to "prime the pump" with more "funny money" and start the process all over again. We'll be back where we started in no time.
Newer Post Older Post Home