The DEATH of Retail 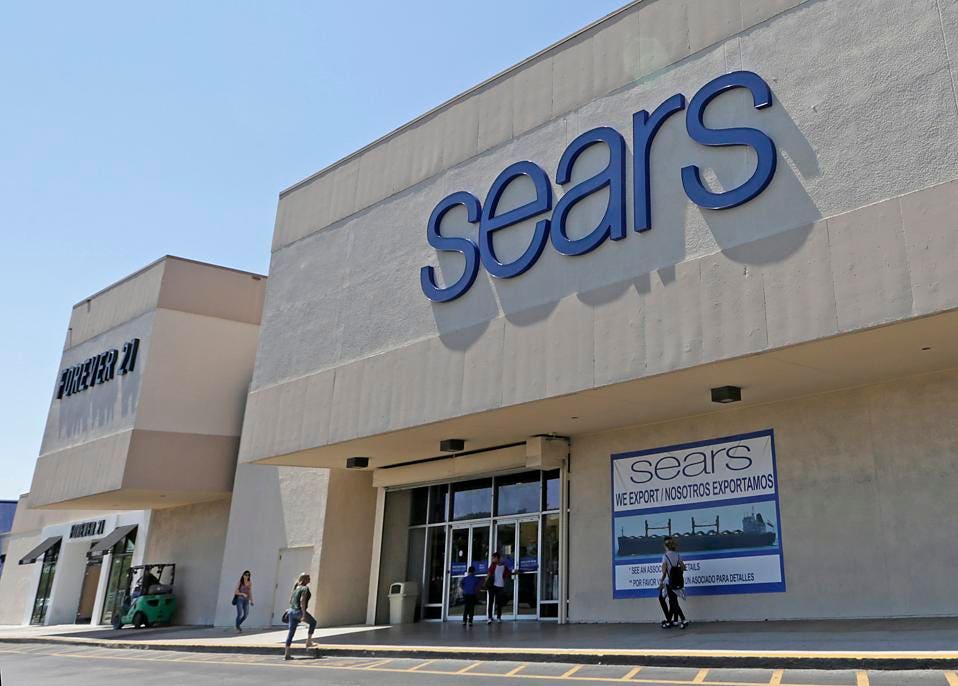 Traditional retail is dead and not coming back - at least not in its current form.


Circuit City is liquidating, finally. Linens 'n Things is no more. Retailers are complaining that the market is "down" and look forward to an uptick in sales in the future.

I hate to break it to them, but this shift in retail sales will likely be a permanent thing. Our population is aging, and spending less. The Internet makes price shopping a snap (or a click, anyway). Big-box discount retailers like Wal-Mart and the shopping clubs offer big-ticket items at small-ticket prices. Why go to a Consumer Electronics Store when you can buy the same stuff for cheaper at Wal-Mart?

Electronics, in particular, is one area where prices have changed permanently. We should have seen this when the CD came out - and put audiophile quality sound in the hands of everyman. Suddenly, overnight, analog vinyl recordings become passe and quaint. (Note to so-called audiophiles: Please don't try to convince me that scratches, pops, and static sound better than digital sound, because it just ain't so!).

The downfall of Circuit City is one area where people just don't get it. Folks blame the management for dropping major home appliances, or getting rid of sales commissions or expensive salesmen. These were not the CAUSE of the demise of Circuit City, but merely a symptom of the problems in the overall consumer electronics market. The salesman's commission model, with the "hard sell" of financing and extended warranties just didn't work in an era when you could buy the same (or similar) goods for HALF PRICE at a discounter across the street.

One fellow commented about the former President of Circuit City:

"The people he fired happened to be the ones who knew what they were talking about when it came to electronics and those sales people went to work for the competition, taking their customers with them."

I think that comment misses the mark, completely. What killed off Circuit City was the changing nature of consumer electronics. The electronics sector is changing. He had to fire the highest paid people just to stay alive. Why should I go to Circuit City or any other "big box" store and talk to a "salesman" about an electronics purchase, when I can go to Wal-Mart, Sam's Club, Price Club, or the like and just put these things in my cart and check out? Or buy them on the Internet for cheap?

(Wal-Mart's secret weapon, of course, is that it also sells groceries.   People still grocery shop, and will often "pick up" other items while they are there.  Wal-Mart has created a compelling reason to go to the store, so while you are there, they hope you impulse-purchase a new wall-screen television).

A 42" flat-screen teevee is now $600 to $800. This is not a 'big ticket' purchase that requires financing, extended warranty, or a "salesman" to "help you choose the right one!"

Circuit City made money by marking up electronics and selling add-ons like financing and extended warranties. When prices fall, these add-ons are no longer necessary.

Car Stereo is another area where the game has changed. Most cars come standard with 8 or 12 speaker stereos, so who needs an aftermarket one? And am I going to let the teenagers at Circuit City cut into the wiring harness of my BMW to install one? I think not. That whole market has shrunk.

As for appliances, the big-box lumberterias have this nailed down. Circuit City could not go head-to-head with Lowes or Home Depot, which don't have to pay sales commissions.

The Circuit City model was completely wrong for this market. Electronics are a commodity now - like a bushel of beans. You sell them for as cheaply as possible and in mass quantities. The idea of going to a dimly lit store and spending hours selecting components with a salesperson is outmoded.

Maybe in 1975, we'd go into the "high end" stereo room (with sliding glass doors, natch) in hush awe at the "audiophile" speakers and receivers. But no more.

In addition, an aging population doesn't really care about those sort of things anymore. Heck, half of them are deaf from Rolling Stones concerts.

Yes, the sales people were fired. They probably took jobs at lower pay with other stores. But did customers "follow" them? Do I remember the name of the sales person I last bought a piece of electronics from? I think it was the Internet....

The so-called "downturn" in Retailing is not a momentary pause, but a permanent change in how we do business. When I want to purchase anything these days, I first check the Internet for pricing, and then locally for availability. Much of what I need can be ordered online for less than in a local store. So why would any rational person buy at a store?

The idea that the store provides "service" is ludicrous.  Electronics, when they fail, are disposed of. Product returns on the Internet are as easy as at a store.  So there is no advantage to buying at a store - and you pay more.

Traditional Brick & Mortar Retail is DEAD, and companies will have to remake themselves to compete.

Circuit City is just the start.  Other consumer electronics retailers will feel the heat next.  Best Buy is another unpleasant, overpriced buying experience that no one really needs.  Maybe the selection is greater, but do I really need to choose from 50 different TeeVees? Just offer six or so, and lower the prices.

My next purchase will probably be a flat-panel TV.  But I'll probably buy it online or at a discount store (Wal-Mart), rather than a dedicated consumer electronics store.   Why spend tons of money on a "high-end" screen, when they are basically a disposable commodity?  It would be like paying extra for a "gourmet" Big Mac.

While Bed, Bath & Beyond may be relaxing now that their largest competitor, Linens 'N Things is bankrupt, I would caution them not to get too cocky. They already know that for many major ticket items, shoppers can buy online or at a big-box store. The last major purchase I made at Bed, Bath was a KitchenAid mixer. They didn't have it in stock, so the clerk went online and ordered it for me and had it shipped to my home.

Gee, ordering appliances on the Internet. What do I need the store for?

Not surprisingly, Bed. Bath, & Beyond has crowded their aisles with junky trinkets and impulse purchase items. Finding actual kitchen ware or bedding supplies is getting harder to do with the store stocking more gadgets and less real products. They are losing sales on hard items with small margins, so they are shifting to a Spencer Gifts model. At this rate, there won't be a kitchen knife or sheet left in the place in five years. Bed, Bath, & Beyond will be heading for the Great Beyond in no time.

My local town has miles and miles of retail space built in the last 10 years. Most of these storefronts are empty. What is it we need to buy so desperately? Companies are realizing that you can sell more effectively and efficiently on-line than through a "store". Need a cell phone? Go online and they'll mail you one. Why do you need to visit a "store" to do this?

Worse yet, when many folks visit local stores, they do so only to shop or look at products that they later buy online. Since the local stores are all anonymous chains run by faceless corporations, no one feels any guilt about using them merely to demonstrate products later purchased elsewhere.

Personal Services like barbers and the like will always require some storefront (but perhaps not - a mobile barber van could come to your home, no?). But the amount of retail space we have in this country far exceeds demand.

The retail market has changed and I think changed for good. Using traditional retail marketing strategies simply won't work any more. Relying on 100% impulse buying is not the answer either, I'm afraid. How the new retail works in the Internet era will be interesting to see.