Cell Phone Insurance? Are you joking? 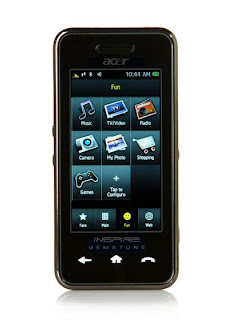 Never own anything portable that you can't afford to lose.
Here in Canada, my 10-cents-a-minute GoPhone plan works only intermittently (Rodgers Wireless recognizes it, Bell Canada and Telus do not).

I went to the local cell phone store to inquire about a throw-away SIM card for my phone.  It turns out not to be feasible, unless I unlock my decade-old battered Motorola.  And in the four weeks we've been gone, I've received exactly two phone calls - both from people advising me they were sending an e-mail. So much for needing a phone!  Besides, unlike the USA, Canada actually has pay phones, and my ATT long distance card works just fine here.

Bad idea.  A better idea is just to not own anything you can't afford to lose.  Period.

$5000 watches are fine and all, if you are very wealthy and think $5000 is a pitiful amount of money.  If you are rich and your expensive watch falls off your arm while out Yachting, well, no big deal.  But wanna-be middle-class folks who shell out that kind of dough to impress people - they are a different animal.  They cannot afford to lose a watch that cost more than their car.  They really shouldn't own something that expensive.

Fancy cell phones are a similar deal.   If you live in fear of losing your new smart phone, maybe owning something so small, expensive, and fragile (and easily stolen) is not a good idea in the first place.  It is just another cosmic burden on your brain, basically.

While in many cases these phones can be inexpensive - if purchased as part of a contract plan - if they are lost, damaged, or stolen, they are very expensive to replace.  The first phone is subsidized by the monthly fees of the plan.  The subsequent phone, well, you have to pay full price for that.

And like any other insurance policy, the people writing the policy are the one's that make out.  You pay them $40 or whatever, and they bank on the fact that you won't likely lose your phone, or if you do, you won't qualify for a free replacement under some "Catch-22" part of the plan.

Or if they do replace it, they will give you a used one (yes, some cell companies do that, providing a "comparable" phone which is actually a used one from another customer who is upgrading).  Be sure to look into this, if you are foolish enough to buy an expensive cell phone and even more foolish to insure it.

The customers who were asking about the plan were chagrined to discover that it could not be obtained more than 45 days after purchase, and moreover, if the phone was scratched or dented at all, it could not be insured.  Both customers, I think, had scratched theirs, and hoped to "pull a fast one" on the phone company and get a free phone out of the deal.  More faux financial acumen at work, I'm afraid - people thinking they can come out ahead in dealing with a major corporation that does more transactions in an hour than you would do in a lifetime.  Yea, they might give you a free phone - they are, after all, stupid, which is how they became huge international conglomerates.

But overall, I was struck by how these folks were paranoid about losing what should be, after all, a minor asset in their lives.  Again, people obsess with insuring the shiny objects in their driveway (or their electronic gizmos) and forget about things like funding retirement or insuring against catastrophic liabilities.

For me, a far better approach is to walk away from expensive toys, particularly ones with expensive monthly fees and contracts attached to them.  You don't need a smart phone.   And if you are worried about it being lost or stolen all the time, chances are, you really can't afford it, in real terms of your life.
Newer Post Older Post Home
View mobile version