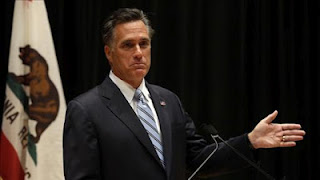 But it is worse that that. If we take this amount and divide it by 50 working weeks a year (most Americans get a paltry two weeks vacation a year) and a 40 hour work-week (again, most Americans work more hours than that), his annual income equates to an hourly rate of $10,000 an hour.

In other words, his income is about 400 times the median family income in America.

Is this a lot of money?  Yea, it is.  And since it is all legally characterized as “investment income” and not wage income, he pays only a 15% Capital Gains tax on it, not the ordinary income rates you and I pay – even though clearly he labored at Bain Capital to make that dough.

Is making a lot of money wrong in and of itself?  Perhaps not.  You invent a new smart phone, you make millions of dollars.  That is the incentive to invent.  You create a new restaurant chain, you make a ton of dough – you took risks, and you reap the rewards.

But Romney’s money is not from creating wealth, but from dissipating it.  Bain Capital bought troubled companies, loaded them up with debt, spun off any profitable divisions, and then rewarded themselves with huge bonuses for showing paper profits for a few years.  When it all predictably (by design) comes apart, they stripped off the pension plan and foisted that off on the U.S. Taxpayer, through the Pension Resolution Trust Corporation – and left the pensioners with 40 cents on the dollar.

And in many cases, if the company even emerged from bankruptcy, they ended up owning it – as debtor-in-possession.

Oh, and all the people working at the company lost their jobs or had their union agreements voided by bankruptcy courts.  Everyone lost except Bain, of course.