Keyboard Shortcuts in Firefox - How to Disable 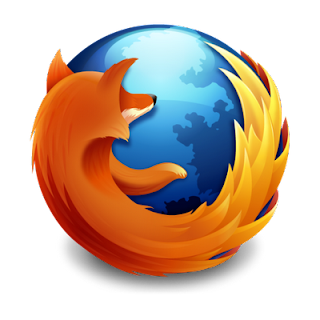 One annoying feature of Firefox are the keyboard shortcuts.  If you hit the "CTRL" key instead of "SHIFT" by accident, you may find your computer doing very odd things.


One problem I have when typing using Firefox, is that since I type fast, I often find that entire documents suddenly seem to erase themselves.  This was a mystery to me at first, until I realized that what was happening is that I was accidentally activating a "keyboard shortcut" in Firefox, and thus telling it do to something I did not intend to do.

The most common instance of this, is when you hit "CTRL-A" instead of SHIFT-A for a Capital A.  what this keyboard shortcut does, in Firefox, is SELECT ALL.  Once you do this, the next letter you type will REPLACE all the selected text with the newly typed text.  If you are a fast typist, it appears as if your entire entry has suddenly disappeared.

If you do this, DON'T PANIC.  Just hit CTRL-Z which is the universal "Whoops! I didn't mean to do that, please UNDO!" command.  Your deleted text should reappear.  You may have to hit it more than once, however, if you typed a lot after the delete occurred.

But it is a PAIN IN THE ASS and one of the most useless features of Firefox to have this CTRL-A delete a whole page of work, when you hit it by accident.  And it is easy to hit it by accident, as the CTRL and SHIFT keys are close together, particularly on many laptops!

There is no way, within Firefox, to delete or disable these "shortcuts" - that I am aware of.  However, there is an add-on you can install on Firefox that will allow you to REDEFINE (but not DELETE or DISABLE) these keyboard shortcuts.

More information about Keyboard Shortcuts and their definitions can be found at this link.

And the add-on to edit the shortcuts can be found at this link.  A fellow named Tim Taubert developed this add-on.  Nice work, Tim!  Once installed (which does not require a reboot or restart) you can click on "tools" and then "options" and then a new tab will appear - "shortcuts".  Click on it to edit your shortcuts.

You can edit any shortcut to any key combination by highlighting the shortcut and then hitting "edit".  Beware, though, if you screw this up, you may make a simple key command equal some hideous shortcut, so use it carefully.  If you redefine "ENTER" to mean "delete all" you might have a hard time fixing that.

To fix the offending "CTRL-A" problem, I changed the key "shortcut" to CTRL-SHIFT-ALT-A, which would require me to press four keys at once, and thus prevent me from accidentally requesting a "select all" command.  Since I never use this command, I made it nearly impossible to use.

You may similarly edit other commands that you are finding problematic.  You cannot delete these commands, apparently, only edit them.  But editing them to make them nearly unusable without hitting three or four keys at the same time is the next best thing.  You won't hit them by accident, that's for sure!

Why does Firefox use keyboard shortcuts?  They are popular, and Windows uses them, too.  They are useful for people who cannot type fast, I guess.  But for those of us who can, they are a PITA, as a missed keystroke means deleting a long posting, such as this.

UPDATE:  This extension no longer works in new versions of Firefox (which deletes the extension, along with AdBlock plus, when installing!  Fucking Bastards!).  However there is a new "extension" called "menu wizard" which can be used to change hot keys.

Menu wizard seems to work, but with each "upgrade" to Firefox, it seems to revert back to hotkeys again.