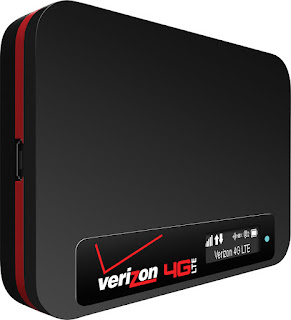 Getting Internet on the go is a lot easier with a portable WiFi hotspot like this Verrizon Ellipsis Jetpack.


I noted in another posting that WiFi seems to be dying out.   It is still around, of course, but increasingly, it is being used like bluetooth - to connect personal devices with other personal devices.  The idea of "free WiFi" or free Internet seems to be fading fast.  And of course, the reason is simple - there is no profit in providing things for free.  And when something is free, no one cherishes it and they tend to abuse it.   Go to a campground or coffee shop offering free WiFi, and some jerk is streaming "Gone With the Wind" or Skyping Bosnia - and dragging down the speed of the whole network, if not crashing it.

Of course, if you have a smart phone, you may have your own WiFi hub.  Many folks don't even realize this - and they pay an extra $30 a month for the service.  But you can, with most smart phones, link your laptop or other device via WiFi and then access the Internet.  Fewer and fewer people are interested in this, though, as "Mobile" Internet is starting to take over.   Snopes is the latest victim of this craze - changing their entire website to a ".m" format so idiots with smart phones (carrying their brains around in a box) can access the site to see if the latest Facebook outrage is true or not (it isn't, of course.  If it's on Facebook, odds are, it's made-up).

The problem with smart phones as WiFi hotspots is that many are limited to very low data quotas - a GB or two perhaps.  Others claim to offer "unlimited" data packaged, but once you go over 1.6 GB or whatever, they slow the data to dial-up modem speeds (and since all websites are now overwrought with graphics and tracking software, they basically will never load at all).

But some of us, of course, don't have smart phones and are loathe to become one of the hoards of people waking around staring at a small box all the time.   I can't tell you how it feels - like I landed on an alien planet or the Invasion of the Body Snatchers.  And of course, the texting-while-driving thing is ridiculous.  We all say "Don't text and drive!" but assume that applies to the other asshole who gets into a wreck and kills a busload of school children.  But I digress.

Anyway, it is handy to be able to access the Internet while traveling.  For some reason, clients sense when you are going to go on vacation and after being silent for months on end, decide that right now is the best time to have a crises.   I don't know why this is, but it is predictable.  If you run a company and business is slow, may I suggest you take a vacation?   You will be overwhelmed with work the moment you pack a suitcase and head out the door.

A couple of years ago, I bought my first hotspot at Wal-Mart.  It was on the misleadingly named "T-Mobile" network, which is a network for people who want a cell phone, but never leave home.  To say their coverage is spotty is an understatement.   The hotspot devices are all about the same and are cheap enough (cost no doubt subsidized by the company selling airtime).   It worked OK for a couple of months of the year when I wanted it.  They had a plan for three months as I recall.

However, this year, the rates went up and you had to buy a month's worth of usage at a time or sign an annual contract.   I pre-paid for a month's worth of "service" which I put in quotes, because I basically just threw away $30.   Why is this?  Well after a long time on musical hold and being shunted from a call center in India to a "tech" in America, I learned that T-Mobile will not let you "roam" with a pre-paid plan anymore, but instead limits you to connections directly to a T-Mobile tower.   Well, perhaps I should say the T-Mobile tower, which I think is in the parking lot next to their world headquarters.

Even with a cell phone amplifier (the T-Mobile hotspot did have an external antenna connection) getting a connection to the T-Mobil network was hard.   And even when it did connect, it did not connect at 4G, 3G, or even 2G, but rather at "E" which is basically Emergency use only.   In other words, little more than dialup speeds.

I went back to Wal-Mart and they no longer sell the T-Mobile hotspot.  I wonder why.   Verizon has one (see link to review above) and it was a little more money - and they want a LOT more money for service) but since their signal strength is so good, it was worthwhile.  I think 3GB a month is like $60 and 10GB (which is hard to reach, even downloading Patents) is $90.  That's a lot of money to connect to the Internet, but if you don't want to sign an annual contract and need only a month's service, it is a lot cheaper.

The Jetpack has no external antenna plug, but it is not really needed, as Verizon has pretty decent service all over the place.   But the cost of the service is somewhat staggering.   On the other hand, with "free" WiFi either dying on the vine, we don't have much choice, if we want to stay connected to the Internet.

I suppose someday I'll have to get one of these goddamn smart phones.   But I hope that will still be years away, and that I don't turn into one of these compulsive texting and twittering jerks who walk around staring at their phones.   But the way the system is set up, increasingly, one is punished for not having texting ability and in short order, for not having a smart phone.
UPDATE 2022:  We now have an AT&T hotspot which provides 100GB for $55 a month, which is enough to stream movies.  So we pulled the plug on our UVERSE service and went all-wireless.  With the ACP program, the cost is down to $25 a month - for 100 GB!!
Newer Post Older Post Home