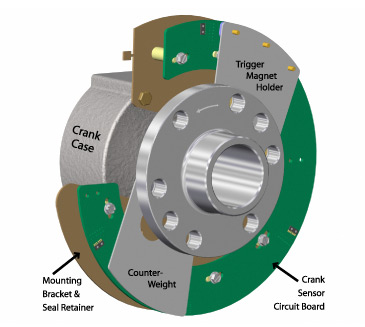 What is a crank magnet?  Not a car part!

The slightly biased (and misnamed) website rational wiki begins its definition of "crank magnetism" with a joke:

"A sovereign citizen, a creationist, an anti-vaxxer, and a conspiracy theorist walk into a bar.  He orders a drink."

It is a funny joke, because it is also true.  A lot of people who buy into one conspiracy theory often buy into others - or are members in the same sets of organizations or groups.

For example, the "Freak Captain" who freaked out while piloting a commercial airliner bought into a number of these deals:

"A recent article about the "Freak Captain" notes that in addition to being Right-Wing Republican and a Conservative Christian, he also was sucked into one of these MLM weight-loss "shakes" deals.

And people say he became delusional on the airplane.  Hate to say it, but his connection with reality was tenuous at best, before he left the ground."

Of course, it isn't all just right-wing nuts.  People go so far left they end up right, and the same conspiracy theories levied against the left are often just recycled arguments previously used against the right.

For example, when George Bush was in office, the urban legend of a "Wal-Mart Truck" flipping over on the highway and spilling out a load of "Marshal Law Declared!" signs was bandied about by leftist loonies.   People I knew told me, in all seriousness, that Bush was going to declare marshal law, refuse to leave office, and then round up all liberals and put them in "detention camps".

No, they really thought this.  And as the link above shows, people thought the same thing about Clinton.

Fast forward nearly a decade, and the same urban legends are being recycled, often with the same videos being used.  But this time around, it isn't Bush and Cheney behind the nefarious goings-on, but that evil Obama (and of course, Hillary - that goes without saying).

I've met people who started out as liberals, and then got paranoid (thanks to pot) and started buying guns.  Then they became NRA members and "libertarians" before going full-on right-wing crackpot.   The political extremist is just an extremist - he really doesn't care one whit of what he is being extremist about - left or right.

What is disturbing about this trend is not that some low-IQ idiotic gibberish blathering homeless people are subscribing to it, but that folks you would think would know better fall for it.

Consider the sad case of Robert Beale, who ran a multi-million dollar computer company and ended up being jail for tax fraud, as he bought into "tax denial" theories and then decided to defend himself in court (his defense: The court had no jurisdiction over him.  Bad move).

Airline pilots, Engineers - even lawyers - get caught up in these schemes.   People who should be rational end up believing things that are irrational.  Moreover, their obsessions about these things cause them to become unhinged and they end up damaging their own lives.

What is the common denominator of all these types of theories and schemes?  Weak thinking.    You'll never go broke in America telling people what they want to hear.  And what people want to hear is that they owe no taxes, free energy is just around the corner, they are God's special chosen people (and are going to heaven), the government is out to get them, and the world is going to end soon.

While a lot of this weak thinking involves believing in something-for-nothing (MLM schemes, for example), much of it is very dark and negative.   Why, for example, would someone want to believe that the Federal Reserve is some hideous scheme by the Illuminati to take away their money (how, is never explained, of course).  Why would you want to believe that the world is going to end?

These are not happy thoughts.  The are depressing thoughts.  They are miserable thoughts.   Thinking them literally makes you miserable.  Why would anyone in their right mind wade through such a sewer?

The key word, of course, is "right mind" and people who fall for this sort of nonsense are often very mentally imbalanced.   And I think what makes them imbalanced is this sort of thinking.  It bootstraps itself - causing more and more cognitive dissonance and making the person crazier and crazier - and more susceptible to other damaging conspiracy theories and nonsense.

How do you avoid this trap?   Well, think happy thoughts.   If you go down the road of paranoid thinking, you'll end up miserable.   And I do believe that most everyone has some control in this regard.   Sure, there are full-on batshit-crazy people that need to be medicated (and locked up).   They can't help themselves.

But an airline pilot?   If he can figure out how to used complicated navigation and avionics systems, he should be able to see through the fallacy of an MLM scheme.   And an Engineer - and certainly a lawyer - should be able to figure out that tax denial is just a bunch of silly nonsense.

If you find yourself going down one of these paths - or raging about politics all the time - think carefully about where this is taking you.   Do you spend all day long listening to "talk radio" or far-left or far-right commentators?   Do you spend hours with your eyes glued to Fox News or Rachel Maddow?   Maybe getting away from such intense brain programming is a good first step.

Just a thought.  Because once you go down the rabbit-hole, there is really no return.
Newer Post Older Post Home
View mobile version