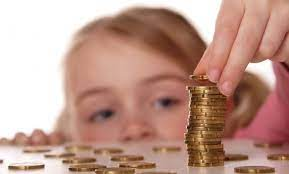 Can you teach children about fiscal responsibility?   Will they learn what you tell them, or imitate what you actually do?


A reader asks, "How can I teach my kids about fiscal responsibility?  I recently started getting my own financial house in order and want my children to learn from my experience and not make the same mistakes I did!"

The only answer I can think of is, "good luck with that!" as I think we all have to learn the hard way (and some of us never learn) about being fiscally responsible.

And children, well, they learn from what you do, not what you tell them.   So if you spent the first 40 years of your life being a spendthrift, well, your kids noticed that.

While my parents were not utterly irresponsible, I did accept the normative cues of their behavior.   To me, having a wallet full of credit cards meant I was rich, because that's what my Dad had (he literally had dozens - credit cards, gas cards, department store cards, etc.).   It took a long time to realize that having credit wasn't some special privilege, and that borrowing money wasn't wealth, but anti-wealth.

My Dad tried, with my older siblings, to impart some lessons in fiscal responsibility.  My late sister related that she received a small allowance and was expected to account for it, to the penny, every week.  Being a kid, she couldn't account for everything, and as she put it, was too dumb and honest to just make up stuff to make the books balance.  So every week, my Sister sobbed as Dad screamed at her for not accounting for ten cents of her allowance.   Lesson learned?  Finances are a pain in the ass.   Kids' brains are neural networks, and what we think they learn and what they actually learn are two entirely different things.

So maybe a better way of imparting these lessons is to get your own house in order and establish your own budget and explain to the kids why they can't have everything right now.   Yes, they could have a new smart phone or 500 channels of cable TV, but that means they would have to get a student loan when they are 18.  $100 a month, invested at 7% over ten years (from age 8 to 18) would yield $17,740.32 or enough to pay a semester's tuition at a pretty nice school.

Or it could be something else.  The point is, better to do without now and save up for later, so you don't graduate with staggering student loan debts and no job prospects to pay them off.

But that brings us to the second problem.  Kids want to drink deep from the well of life.  They want all that stuff they see on television (another good reason not to have a television) and they want it now.  As far as they are concerned, you are just being a mean parent for not buying them a new Mustang at age 16 or a new iPhone at age 10.   Mean old Mom, always whining about the mortgage payment and buying cheap clothes that the other kids laugh at.  I mean, come on, how you are perceived in Junior High School is far more important than Mom and Dad's 401(k) program, right?

And literally, this is how a lot of kids think, from age 10 to age 30 and beyond (and I say kids, as many today in their 30's are still childlike).   I know this because I can see what sort of Google queries find this blog.  And one I get a lot is "How can I get Dad to stop being so stingy and buy me a new car?" or "How can I get Grandma to co-sign on a car loan?"   You can see the sort of odious thinking going on here - the "what's in it for me?" sort of attitude that all of us have, to some extent, and at an early age, haven't learned to filter out as much.

It gets worse after they leave home.   Junior gets a job that pays a little money, and before you know it, he's borrowed a ton of money to buy clothes, a car, furnish an apartment, and whatnot.   What was a nice paycheck every week becomes barely enough to pay the bills on a lot of borrowed money.   To some extent, this is a good thing, as it encourages Junior to get a better job and make more money (it certainly worked with me).  On the other hand, it drives others to protest Wall Street - blaming the money-lenders for their problems and not the borrowers.

And I say this based on experience.  When I was in my 20's I did all the same dumb things, mostly squandering money on cars (and then driving fast so my insurance went through the roof) and with what was left over, buying beer and pot and other dubious things.   I was lucky to escape relatively unscathed.  Others are not so lucky.  A kid with a DUI or a drug arrest can find his insurance skyrocketing and employment opportunities limited.   Today, far more than in the past, a single youthful indiscretion can mark you for life.

Compounding this problem is our modern financial system, which has no problem in eating our own young.   When I was in college (all 14 years of it) they did not have credit cards for college students.   By the time I left, the folding card table with handsome young student "reps"  hawking Mastercards became the norm.

Student loans were not privatized, but came from the government, and for the most part, you could only borrow enough to pay for tuition, maybe books and board.  By the time I left, I was able to get a student loan to remodel my kitchen - with the check being paid directly to me.   And of course, this sort of debt survives bankruptcy, so it becomes a mortgage on your life, particularly if you refinance it over 30 years, the way they urge you to do.

So we have a financial system that is rigged to entice young people into spending money.   It is in their nature, being young, to want things.  We have media (television, internet, Facebook, music, etc.) constantly hyping new products and goods (like $50 t-shirts from "Hollister" or whatever).   The kids want things, that is part of their nature.  We offer them things - and offer them debt to pay for it.  And when they get in over their heads, we make money ruining them, financially.

So really, if you think about it, today more than ever, young people need to learn about finances, as our financial system is stacked against them in a way it never was when I was their age - or you were.   The Wall Street protesters are right about that - we have created a trap for young people, a trap baited with credit cards, designer clothes, cars, worthless party-college degrees, cell phones and designer coffees, all paid for with credit.  And once they fall into this trap, there is really no way out, as each job interview is predicated on a credit report, and no one wants to hire someone with a low credit score or bankruptcy on their record.

Serious shit.   So how do you warn them?   Because there is one way to avoid this trap, and that is to leave your pen at home, borrow less, save more.   Do without cable television for the first 18 years of your life, and  you'd have enough money to pay tuition for an entire year at Harvard.  Or maybe a couple of years at another school.  I kid you not, use the compound interest calculator and figure it out for yourself.  $100 a month invested over 18 years at 7% tops $40,000.

But hey, no one wants to do without, right?

I wish there was an easy answer to this.   But I think people tend to be fiscally responsible or not, depending on the personality they are born with (their inherent traits) for starters.   Second, upbringing and culture reflects how they respect or disrespect money.  In some cultures, money is treated very seriously and kids pick up on this.  In others, it is treated less so, and not surprisingly, kids follow that pattern.  Finally, the biggest problem is that as a kid or young adult, you want to start living life now which is why they can sell so much crappy booze and worked-over econoboxes to kids.

So good luck with fiscal education.  It's about as promising as trying to sell a bag of carrots to an SUV-load of crying grade-schoolers who are screaming for a McDonald's Happy Meal.   You can explain to them until you are blue in the face about how carrots are better for you and a better value.   It won't work. They want instant gratification, and they want it now.   We are all that way, to some extent.   It takes growing up and maturity to even try to dampen that impulse.
Newer Post Older Post Home
View mobile version