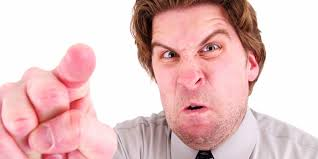 Save the flames, I have asbestos underwear.


A "reader" recently chastised me for beating up on the poor.  I have noted time and time again that the poor make "poor" financial decisions - in every sense of the word - and that keeps them poor.

I say "reader" in quotes as she clearly never read through one of my postings, but skimmed a few sentences and then sent of a flame-o-gram.  She claims I am "lucky" to be wealthy and have a good-paying job, which of course, just fell into my lap one day.   Right?

But it is true, what I wrote, and all the things I write about are from experience - either my own, or that of family members, friends, and acquaintances.

The first "poor" decision a poor person makes is to not value education.   The kids who sit in the back of the class and throw spitballs and mock anyone who actually pays attention usually end up destitute later in life - or at least not very well off.

Similarly, the middle-class kid who tosses away a college education either by not taking it seriously or by majoring in advanced masturbatory techniques, throws away a great opportunity and ends up poorer as a result.

That was me, about 30 years ago, working at a job in the lab at Carrier and making enough money to keep me in beer, pot, and auto parts - and living in a sort of run-down part of town.   I had little ambition and was making a LOT of poor choices (beer and pot being two of them).

What happened?   How did I become "lucky" and end up wealthy - or at least wealthier?  (Sadly, my life is solidly middle-class, not even Donald Trump pretend rich).

Well, the first thing was to realize that luck has nothing to do with it.   People who are poor tend to believe that wealth is like the weather.  Some days it is blowing dollar bills all over the place, and other days, well, it is a drought.   So a payday loan will tide them over until "their ship comes in" but of course since they don't own a ship, it will never come in.

I am not "lucky" - I just chose to make different decisions.

The epiphany came to me one day in 1985 when I was 25 years old and had just come back from a horrendous Thanksgiving experience with my parents.   My parents were not very nice people, and they liked to drink a lot and run down their kids.   One reason myself and my siblings didn't do very well in life (up until that point) is that our parents were quick to run us down and call us losers and quitters and whatnot.   If we could not be the star quarterback on the football team and straight-A honor students at the same time, well, we must be abject failures.

And for the most part, myself and my siblings lived up to that expectation.   I am not blaming my parents - a lot of people have far crummier parents who beat them into a hospital.   But I realized that part of the blame rested on us, or at least myself with regard to my own life.   I was squandering opportunities in life so I could lay about and get high and have a good time in the present.

So I started taking my education more seriously.  I realized that the only way out of the trap I had laid for myself was to get and education that would qualify me for a better job.   So I finished my EE degree and took a job with the Patent Office - and they paid me to go to law school at night.

Of course, it doesn't end there.   Like most middle-class people (which I now was) I ended up spending as fast as I was making.   Yes, I made more money, but like most of the middle-class today, I felt I was working "paycheck to paycheck" and couldn't figure out why.   The reason why was I was making poor choices - in every sense of the word  "poor".

It wasn't until about a decade ago that I really started to think about what real wealth meant - money in the bank, not parked in your driveway or in your designer kitchen.   And I realized that I was still making a lot of "poor" choices in every sense of the word.  I decided to make better choices.

Since then, life has gotten a lot better.

But for the very poor in this country, life will never get much better.   Why?  Because they continue to make poor choices and defend such choices (often vigorously).    In every poor neighborhood is a check-cashing store, a rent-to-own furniture shop, a payday loan company, a series of shady high-interest car dealers, the rent-to-own rim store, and whatnot.  These places all offer poor deals.

The poor in the USA (who are really not very poor, by global standards and are often dangerously overweight not underfed) patronize these places.   That's why these sort of stores are in poor neighborhoods.  It is not that someone is forcing them to accept shoddy deals but that the poor fail to see they are shoddy deals and seek out these shoddy deals.

So Dad works three jobs so he can put a set of rental rims on his clapped-out Camaro, and make the rent-to-own payments on shoddy furniture for his double-wide trailer, which is in a trailer court where the rents are about to double or triple.  And he over-insures said Camaro, convinced it is the most valuable asset he has.  These are all poor financial choices.   And there are other alternatives available to them, which are not so onerous (for example, not putting bling rims on your Camaro, learning to live with the furniture you have and saving up for good furniture, instead of having it all now and paying later).

And if you think that is somehow harsh or unreasonable, bear in mind that I have slept on the floor, in a sleeping bag while saving up to buy a quality bed.   To me, financing a bed was just out of the question.   But again, that was a choice.

This blog isn't aimed at the poor.  They generally don't read very much (unless it is a text to a cell phone) and really aren't interesting in learning much - as illustrated by our flame-lady's message.   They want to lash out and blame others for their problems which as I have noted, is classic externalizing.   And this is why people like Donald Trump are popular with the poor white folks - he tells them they can all be as rich as he is, and that the reason they are poor is Mexicans.   It is more than a little odious.

No, what I realized is that there are a lot of smart people in this country who are making themselves poor through poor choices.   Eschewing education, acting a gansta or hippie, obsessing about politics (or conspiracy theories), over-spending, over-borrowing, and other "poor" choices in life.

No one took our money away - we gave it away.

And that was a "poor" choice in every sense of the word.