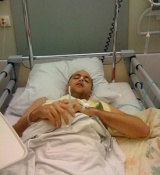 Vladimir Putin has killed over nine journalists in Russia in the last few years.  It isn't as hard for him to control the narrative in his country.

The fellow who started a "Calexit" petition, to have California secede from the the United States has decided to give up and move to Russia.  Well, actually he moved back to Russia.  Or more precisely, never left, as he has a home there and a Russian wife.   But of course, Russia never meddles in the internal affairs of other countries and donchuforgetit!

But it illustrates how countries do indeed use influencers to shape public opinion in other countries.  We do it. The Russians do it. Just lately, the Russians have been better at it.

Calexit is just the latest gag.  And they don't control these movements so much as give a little nudge here, a little push there.  The Internet makes this easier by providing a Greek Chorus of commenters on Reddit and Facebook and Twitter to reinforce notions that work against the best interests of the US - or any other country.

When the dust settles, it will be shown that Russia was pushing buttons on the Brexit vote - which as you may recall just barely passed.   We require 80% of our condo owners to vote to dissolve our condominium association.   The UK requires only a simple majority to dissolve itself from the EU.   Seems reasonable, right?   But all it takes is a push here, a tug there, and you can shape opinion.   People can be lead to believe anything.  Remember the buildup to the Iraq war?  Yellow Cake Uranium - and this was the mainstream news reporting this, not some weird website.

Think about any movement in the USA that is not only designed to run down our government, but run down our products, our productivity, our science, technology, and medicine - all arguably some of the best, if not the best in the world.   What better way to collapse a country than from within?  And if you read The Art of War, you know this is indeed the best strategy.  If the citizens of a country are dispirited and believe their country to be evil and weak, they will not rally to defend it.  They also will be more than willing to consider ideas that run down their own side and glorify the enemy.

Consider all the weird rumors and theories that have been bandied about in the last decade.   Anti-Vaxxers?  What better way to undermine confidence in our medical system than to argue that the greatest advancements in medicine are little more than poison.   One wag argues that half of all babies born in the next 20 years will be Autistic thanks to vaccines, and that Sesame Street is featuring an Autistic character to "normalize" us to this "new reality".    Until recently, a lot of people took this nonsense seriously.   People with no background in medicine, science, or technology have come up to me and told me they "know" all about this because they read a website and the Internet never lies.

Maybe the Russians aren't causing that movement, but they know what "useful idiots" are and how to manipulate them.   You can bet the Russian Troll farm has a regular member on the Reddit discussion group about anti-vaxxing who keeps priming the pump on a daily basis.  Hey, if people believe that Hillary Clinton chops up children in the basement of a pizza parlor, they will believe anything.

How about 9/11 "truthers?"  How do you think that sort of thing started - or what keeps it going?  The worst attack on the USA since Pearl Harbor - how do we turn this around so Americans think the government did it?   Well, just make shit up and put it on the Internet.  Catchy slogans like "Fire can't melt steel!" are easier to say, while complex arguments about metallurgy and steel hardness are of course, ignored (if it can't fit into one Tweet, it has to be a lie!).

While you're at it, might as well argue that anything bad that happens is a government conspiracy.   Kids mowed down in a pre-school by a psychotic with a gun?  Must be the government, right?   Never mind that this is the same government than runs your local DMV and FEMA and Fannie Mae.   For some reason, when it comes to conspiracies, they have their shit together!

Kids today believe that jet airliners disperse chemicals - for what reason I do not know.   Sounds like a stupid idea, but a lot of people actually believe this nonsense.  It is 2017 and people are having serious discussions as to whether the Earth is flat.  I think we are being baited here, folks!

And so on down the road.   Tell people that "the good old days" were better.   4,000 lb cars with gas-guzzling engines, no seatbelts and drum brakes were "better" than cars today, because they were "more reliable" - right?   Never mind the truth says otherwise.   The next time some yahoo tries to tell me carburetors are better than fuel injection, I'll ask him, "what are you, some kind of communist?"  Because if you want to go back to the "good old days" of primitive technology, Russia has you covered.  I know this as I used to own a Russian motorcycle - a time machine right from 1938.

It never ends, either.  Our food is bad, corporations are corrupt, the water is foul, people are divided, and so on and so forth.   Look around the world today - what do you see that is better?   Not much, do you?   Even Sweden - touted by Leftists as a socialist paradise - is struggling with immigration issues these days.   Our country is doing better than most, which is why people want to come here and leave their home countries.   Well, except the Calexit guy, but he was basically a Russian plant, anyway.

The problem with a lot of this nonsense is the 24-hour outrage news cycle.   The news loves a good "story" and most people watch network news - most of those watch Fox.   So the news reports a one-sided story, because to get both sides of a story takes days, months, or even years.   People get outraged for a news cycle or two and then forget about the details, other than they have a lingering anxiety and fear that the country is going to hell.  The next outrage story - usually at the next news cycle - reinforces this fear.   And our friends the Russians are always happy to chime on on social media to reinforce this feedback loop.

Then we have fake news.   Fake news is easily debunked, but the target audience isn't interested in complicated explanations as to why what they believe in is utterly untrue.  They see something on a fake news site and get outraged.   But within 24 hours, they've pretty much forgotten the story, but remember the underlying distrust of the government, the media, or whatever.   And lest they think to hard about what that outrage story was about, the fake news site presents a new outrage story to keep their mind off the old one.   Wash, rinse, repeat.

The net result is, whether it is fake news or real news, people have this building anxiety about their country, their government, their institutions, their employers, and their fellow citizens.   Colleges are going off the rails (well, not all of them).   Companies are evil and making "profits" which by themselves are evil.   The government is a "swamp" that has to be "drained" and it goes without saying that the court system and lawyers are all bad, bad, bad.

You keep believing this for a few years or even a decade, and you are primed for revolution.   You are ready to vote for anything because radical change is the only solution to our "problems".

Um, what were our problems again?  Was it the cheap oil, the low unemployment, the low inflation or the low interest rates?  Was it the record bull market?   What exactly is it that we need to fix so badly that requires our entire government be overthrown?   Oh, right, the tyranny of it all, having to pay the lowest tax rates in the Western world.

Ought to try living in Venezuela some time.  It might open your eyes!

Freedom by its nature is weak.   In a free society, people are free to say and do as they wish, and outsiders can easily influence our opinions if we let them.   But it is increasingly clear than our free society and the democratic institutions of the entire Western world are under attack from outside forces that are encouraging dissent and division from within.   Every Western country in the world has some sort of separatist movement it seems, as people want to divide up into smaller and weaker countries - something that enemies of freedom would find quite dandy, thank you.

Think about this before you get outraged over something in the news.   Are you being baited?  Is some story that runs down our government really an outrage or a scandal, or just shit that happened?   The water in Flint Michigan wasn't some grand conspiracy but just a massive screw-up in an impoverished town with old lead pipes.   But to hear some on the Left tell it, it is symptomatic of an indifference on the part of the government to the plight of the poor (never mind that the government spends more on the poor than on defense!).   And while it has taken far too long, the problem is, slowly being fixed.   Unlike the infrastructure, say, in Russia.

Of course, I don't watch network news.  And when I read something, in a newspaper, magazine, or online, I try to think about both sides of the story - particularly the other side which is not reported - before being outraged.   In fact, I tend not to be outraged about much anymore, even President Trump, who is turning out to be a pretty conventional Republican, in policy terms, unconventional only in his personality and tweeting skills.   And a Republican President isn't quite the end of the world, despite what the Sanders people would like to tell you.   Of course, they voted for Jill Stein, right?

Stories that run down our country, our government, our institutions - they are a sign of our freedom.  Such stories cannot be printed in Cuba, Venezuela, North Korea, China, Russia, Turkey, Philippines, Thailand, Egypt, Syria, Iran, and a host of others as well.   Well,  sometimes they get printed, but then people end up dead as a result - or at least jailed.

Enjoy your freedom.  People died so we can have it - the freedom to even run down our own country.   But bear in mind that it is all-too-easy to fall into a trap here, to start believing a lot of these stories, believing that freedom isn't all as great as it cracked up to be, and that countries with suppressive dictatorships are more effective and "get things done."