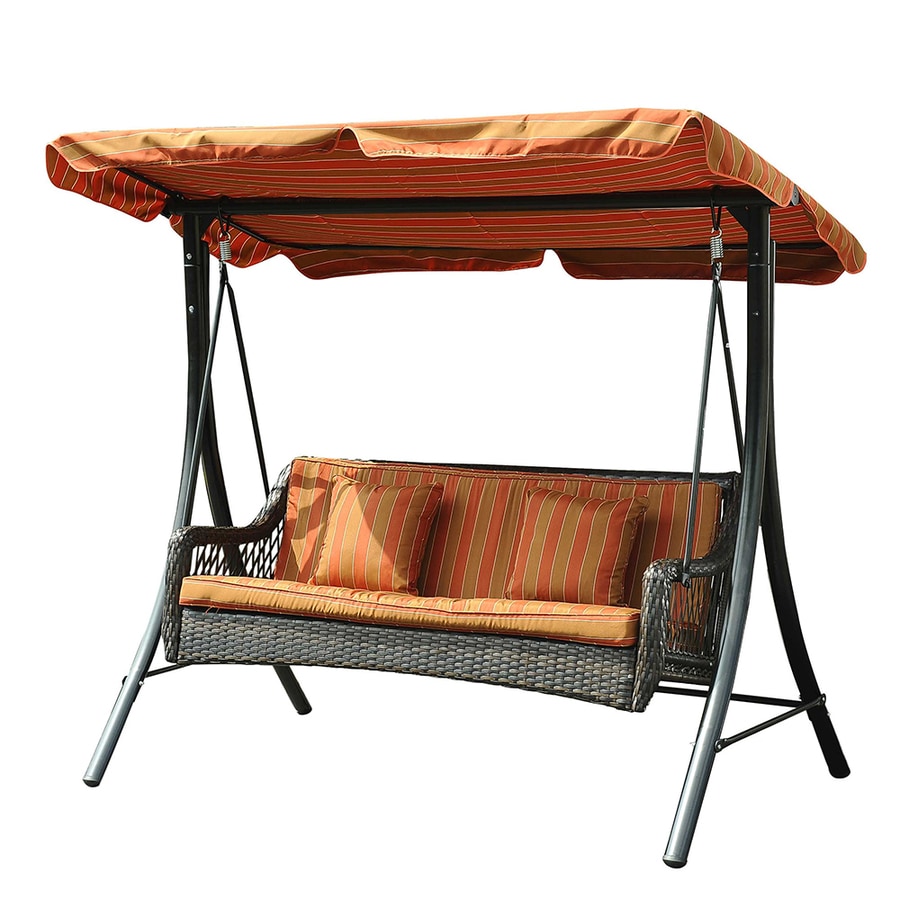 I have railed on about "big box" lumberterias on a number of occasions.  They are deadly to your pocketbook, and to your budget, as I have discovered personally.   Don't get me wrong, it is great that in our era, we can buy things at lower prices than in the past.   The problem is, since everything seems to "cheap" at these types of stores, we end up buying more junk and going broke with credit card debt.

It is tempting to impulse purchase things at Lowes or Home Depot, as they put up such attractive displays.   For example, outdoor furniture looks good on display, but rarely lasts more than a few seasons outside.   I have found that welded-steel "wrought iron" furniture is much cheaper, can be bought used, and virtually lasts forever.

And it gets about as much use, too.   People just don't sit outside as much as they think they will, so most of this outdoor lawn tchotchke is just a waste of money.

The epitome of this is what I call the "Fred Flintstone Chair".   These are "garden gliders" or "porch gliders" that are put on display at the big-box store.  After an hour of marching around on concrete floors during a busy weekend at Lowe's,  you sit down in this thing and think, "Gee, this is comfortable, let's buy one for the back yard!"    And before you know it, two large boxes are in the back of your pickup or SUV and  your credit card is now $199 to $499 heavier in balance.

The lifecycle of a Fred Flintstone chair is about two to three years, and it works as follows:

4.  Husband and wife enjoy glass of wine in new chair, then slap bugs and go inside to see what is on television.   This is the last time the chair will be sat in, for the most part.

5. Chair sits in yard, collects leaves and lawn clippings.   Pain in the ass to mow around.  Husband curses chair.

6.  Bolts and hardware start to rust.

9.  Wife sits in chair one day, disgusted that cushion is wet and smells funny.

10.  Wind storm blows over chair.  Sits in yard on side for a month.

11.  Husband resets chair, repairs damage, notices that shade awning is torn and disintegrating due to rot.

12.  Half-assed attempt made to restore chair by painting it.  Still never sat in.

15.  Husband disassembles chair, puts pieces in garbage can over a period of three weeks.

You see where this is going.  What seemed like a fun idea turns out to be, well, just another lawn ornament and another few hundred dollars on the credit card - a convenient amount that seems small at the time, but can take months to pay off and bust the budget for spending.   It is designed to appeal to people with little or no impulse control.

People like me.   Although I never bought a Flinstone chair, I have sat in them at Lowe's - as well as the displays of outdoor furniture and said to myself "Gee, this is really comfortable!"   But then again, merely sitting is comfortable compared to walking around for an hour on a concrete slab the size of three football fields.

I stopped "wandering" at Lowe's.   If I go there, it is for a specific thing, not to meander and "see what's on sale".   Shopping, as a pastime, is deadly to your pocketbook - it is deadly to your budget (and all have a budget, whether we realize it or not).   It also is the number one source of intractable credit card debt - one "small" purchase at a time.

I've seen these chairs - they seem to gravitate to trailer homes and lower-income neighborhoods for the most part.  I rarely see anyone sit in them, though.   I see a lot of them with torn or rotted awnings, or cushions blackened with mold and mildew or green around the edges in algae.   Or they are full of dead leaves - telling us exactly how often they are used.

Don't get me wrong, a porch glider can be a fun thing - on your porch.   But you have to actually use it to make it worthwhile.  Otherwise, it is just a distraction or an accessory that costs money and serves little or no purpose, other than accumulator of leaves or junk.

Over the years, I have bought a lot of crap from Lowe's and Home depot.   Most of it made in China, so it seems cheap and affordable.  Most of it charged to a credit card that took years to pay off.  Most of it not lasting longer than a year or two at most.   Most of long ago gone to that great dumpster in the sky.

And for what?  A transitory pleasure in un-boxing it and playing with it for a few moments, and then letting it sit, unused, on the lawn.   And most of it tacky and cheap looking.

It never ends, either.   Mark wanted some of those solar-powered lawn lights.   We used to have lawn lights from hell - powered by a 24V transformer/timer the size of a toaster oven.  It hummed and dimmed the lights when it came on.   It was a pain in the ass as every year, you had to change bulbs, and look for broken wires or corroded connections.   If you have a lawn service, they regularly destroy the things with a weed whacker or whatever.

So I bought a set of eight from Amazon for $30 for his birthday - which is probably four more than we needed.   They are so startling cheap, I thought "why not?" and they do work better than the old solar lights of years gone by.   So far, a friend has run over one, and Mark managed to launch one into space by hitting it with the weed whacker.   I suspect that in about two years, they will all have made their way to the curb in the Waste Management bin.

Funny thing, we lived here for ten years without lawn lights on the sidewalk.   I suspect once these die, we'll live here ten more without them as well.

I guess that is the problem with owning a house - you have to resist the urge to accessorize it. You renters don't know how lucky you have it!