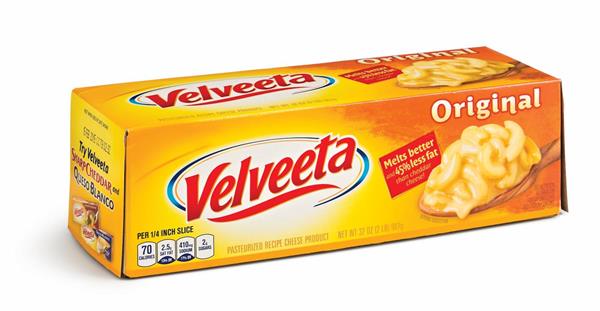 Cheese and other dairy products are alarmingly expensive in Canada.  Why is this?

How expensive?  Nearly double the cost in the United States - and the selection leaves much to be desired (the phobia about Swiss cheese also extends to Alaska as well).   There are a number of reasons behind this.   The Canadians are protective of their dairy industry and basically exclude a lot of "milk protein" products from the United States due to their "Class 7" pricing on milk proteins.  And this is something the Trump administration plans to fix, through the new NAFTA negotiations (but don't call it NAFTA, right?).

As I noted in that posting:

And one way of supporting prices was to buy up huge amounts of cheese and butter.  How huge?  Huge.  When I was in Washington, I recall reading about a fire at a government-run warehouse in Maryland (as I recall).  The warehouse was filled with stockpiled butter - tons and tons of it - and when it caught fire, the butter started burning.  The entire warehouse melted down into a twisted wreckage of burnt timbers, bent steel beams and millions of gallons of melted and coagulated butter.

What a mess to clean up, right?  How much would they have to pay to do that?  Nothing, as it turns out.  Companies bid against each otherfor the right to clean up the coagulated burnt butter- so it could be processed and fed to hogs and put in other animal feeds.  A mountain of government butter represents millions of dollars of protein!


So Canadian farmers have a point - if American "milk proteins" are freely allowed to cross the border (isn't that what "free trade" is all about?) subsidized American farmers will quickly put Canadian farmers out of business - unless Ottawa wants to get into the subsidy business as well.

This trade spat illustrates how "free trade" is anything but.   Different countries subsidize different home industries, such that if you allow nominal "free trade" one country can easily come out on top. And it could be something as simple as currency manipulation, state subsidies of industries, or low-interest loans to manufacturers.

Compounding the problem are ancillary factors such as wage and labor laws, safety standards, environmental standards, and other regulations.   It costs less to make cars in China or India simply because labor is less costly, safety standards are lax, and environmental laws are in their infant stages.   Ford can't make a small car in America competitively, simply because the cost of doing business here is so much higher.  Well, that, and the demand for small cars is very low, and thus tooling up a factory to build them (as Trump seems to think will happen) is even less cost-effective.  The Focus Active Sport Wagon won't be coming to showrooms near you very soon.  The good news is, a new Ford Bronco will - albeit about five years too late and just in time for the next gas crises and recession.

If this new NAFTA agreement goes through, it may lower prices for Canadian consumers.   Of course, with about 90% of the Canadian population living within 100 miles of the US border, many are already stocking up on low-priced American goods during regular border crossings.  So the point may be moot.

But the price differential is startling.   We bought 18 eggs for a dollar (a dollar!) in Minnesota.  They were at least three to four dollars a dozen in Canada (and not much less in Alaska).   Milk and cheese were the same way.   Canada is an expensive country to live in and visit, even if the exchange rate with the US Dollar is more favorable these days.

That being said, if you want to visit Alaska, you might want to consider just driving to British Columbia and the Yukon instead.  The scenery is just as breathtaking - if not moreso - and it is a lot closer to the States.  The ride down Route 99 (Cariboo Highway) to Whistler is spectacular - if not a bit nerve-wracking.  Thousand-foot cliffs on the side of the road - with no guard rails!  Hairpin turns that have to be taken in first gear.  The brakes on the Nissan are now completely shot.

But the Provincial parks - as always in Canada - are great.  In the Yukon, they provide free, unlimited firewood, all for a park fee of $12 Canadian, which is like $9 bucks American these days.   Oh, and the roads are in much, much better shape than Alaska.

Sadly, the Canadians are far behind Alaska in terms of roadside survivalist "compounds" and junked car collections, although their Indian Reservations (excuse me, "first nations people's lands") give Alaska a good run for their money.  Never look out the side windows - one way to avoid depression while travelling in depressed areas.

The point is, and I did have one, is that it looks like Trump will score a "win" with this re-negotiated NAFTA deal.  While everyone within the beltway is wondering who wrote the "anonymous" editorial (and I doubt many are really wondering - that is just the Post and Times putting spin on things) there are actually policy changes taking place.  And right or wrong, Trump can say he is taking credit for these.  He will be able to argue that perhaps he got a better deal out of Mexico and Canada than his predecessors.

So while we are all consumed with political theater, stuff is actually getting done.  And when push comes to shove, will people really vote against getting stuff done?   The Democrats have to run on a platform that is something other than Trump-hate.