Why is Kamala Harris Broke? 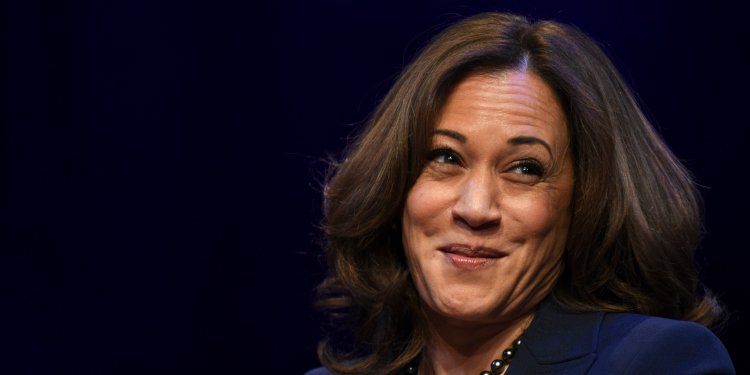 Paycheck to paycheck on over $1.5 million a year...


There is a war going on in America, or at least a division.  It is not between the rich and poor, the Democrats versus the Republicans, the Left versus the Right, or Blacks versus Whites.   No, indeed, the war is between the monthly payment mentality and the real wealth mentality.   And it is an underground war being fought with propaganda on both sides, or at least on one side.

Most of the media is on the monthly payment mentality side.   When they talk about "wealth" they talk about income instead - and conflate the two, routinely.   Annual income and real wealth are two entirely different things.  You can be fairly wealthy in this country - have millions in the bank - and yet have an annual "income" of only $50,000 or so, perhaps even less.   Conversely, you can have an annual income in the millions and have nothing saved in the bank, as appears to be the case with Kamala Harris, who is running for President.

And the fact that someone raking in over a million dollars a year hasn't managed to save millions should disturb you.  The fact that she and her husband may be technically bankrupt should really, really disturb you.   And yet their lifestyle reflects that of many Americans, who make good money and yet feel the need to borrow even more, because they are entitled to a certain lifestyle.

According to a recent article on MSN, Harris is one of the "richest contenders" for the Democratic nomination.   Again, the media confuses annual income with actual wealth.   When you dig down into the article, this little gem pops up:

[Her Husband], now a partner at law firm DLA Piper in Los Angeles, made even more than Harris. He took in about $1.5 million last year. Emhoff, who has an intellectual property focus, has represented clients including movie studios, former athletes and wine companies.

On a separate 2018 Senate financial disclosure form, Harris says the couple had between $2.5 million and $5.8 million in assets. They mostly held the wealth in mutual funds, along with bank accounts and retirement plans. Harris also listed between $2.8 million and $3.6 million in liabilities for the couple in the form of mortgages, home equity lines of credit and a commercial loan.

The range of assets and wealth are of course, because of the ranges provided in the survey.   But what is interesting to me is that the range of their debts and range of their savings overlap.  So it is possible they may actually owe more money in debt than they have in assets, (-$300,000 net worth) and this is the technical definition of bankruptcy.   Even if we assume the best case scenario, their net worth is hardly more than mine - they make over $1.5 million a year now, for a number of years, and yet have managed to have a net worth equal to only about a years' worth of salary or $2.2 Million.

Worse yet, on over $1.5 Million a year, they felt they needed to take out a HELOC.   WTF????  Their personal financial situation is a house of cards.  Now you realize why they want to rescind Trump's tax plan - it limited the amount they could deduct for all of this debt, not to mention crazy California property taxes.  Elect Kamala Harris - she needs personal tax relief!

Their situation is classic American - they have used the tax code as an investment guide, so they racked up huge debts in the form of mortgages, in order to get a tax deduction.   Then they put all their savings in tax-deferred savings accounts, so they can get another huge deduction.   Great plan, until an event like 2008 comes along - and the over-valued house in California is now worth less than the balance on the loan.   Meanwhile, the value of the 401(k) plummets with the stock market, and now the net worth is severely negative (if it wasn't already to begin with).

This is not the portfolio of a fiscally responsible person.   If you are making over $1.5 million a year - for many years - even in the expensive Bay area, you should have a net worth in the millions, if not tens of millions.  And it isn't all that hard to do.  Even with crazy housing prices in the Bay area, you could pay cash for a modest house by saving only a half a years' salary if you are making $1.5 million a year.  And you could move up to a nicer house the next year.   But the Harrises have fallen into a particularly American trap - viewing money as something other people have, that you have to borrow to use.   People do this on $50,000 a year, or on $174,000 a year, or apparently even on $1.5 Million a year.

Real wealth is not measured in annual income, but in net worth, and most Americans tend to view wealth by the size of their paychecks.   I know I did, until I went to law school and took a tax law class, and a professor introduced us to the concept of "net worth".   I was shocked to find out that at age 30, my net worth was essentially zero - my pitiful savings were more than swamped by my massive (to me) debts.   I started calculating my net worth, on a monthly basis, from that point on.  Today, thanks to the internet, I can do this on a daily basis.

What is sad to me, is that the annual income the Harrises make is equal to or greater than what most Americans, such as myself, can hope to save up in a lifetime, and yet somehow the Harrises have managed to squander the vast majority of their income on debt servicing.   I mean, I am sure they have a nice house, fancy cars, and fabulous clothing and all - and eat out at the best restaurants in the city.   But at $1.5 million a year, don't you think you'd like to have more than one years' salary in net worth?   If the shit hit the fan, and either of them got laid off, could they service their massive debt load with what is in their 401(k)?   And by the way, as I noted before, paying off debts with your 401(k) can be problematic - even after age 59-1/2.   You'd squander most of your life savings in taxes.

The funny thing about this MSN article is that it posited that Harris will have trouble connecting with Johnny Lunchbucket voters because she is "so wealthy" when in fact, she has income, but no real wealth, for someone in her income level.    To me, this is less an issue of wealth disparity, but one of fiscal irresponsibility - and it illustrates the problem with these wealth disparity arguments made today.   People have an awful lot of money pass through their hands in their lifetime in America.

The median income in our country is over $50,000 a year - over two million bucks by the time you retire after working 40 years.   Yet many folks squander a huge portion of their income on debt servicing - and not for useful debts, either.   And the poorer a person is, the more likely they are to make foolish debt choices, taking out high-interest rate loans to buy wants rather than needs.  The bling-rim dealer who "rents to own" wheels for your car is not selling oxygen to people, particularly when your car already comes equipped with a set of wheels.

But one would think that college-educated people, lawyers even, would know better.   That people making in the seven-figures every year would have in the eight figures in their bank account.  But you'd be wrong.  And I learned this myself, the hard way - wanting even more and more "stuff" for every additional penny or dollar I made.   It was only later in life that I realized that owning money was better than owning things.

Kamala Harris hasn't had that revelation yet, it seems.   I am not sure she is fit to be President.
Newer Post Older Post Home