Are Risky Loans All That Risky? 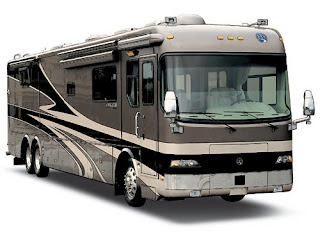 Why would a lender write a payday loan to a borrower they know will go bankrupt?   Why would a lender offer 20-year loan terms on an RV that might only last ten?   The answer is, where there is risk, there is reward, and sometimes the risk is trivial.


A reader asks me why lenders would offer 20-year notes on RVs.   And the answer is complex and yet simple.   Long-term loans lower the monthly payment, so the "monthly payment" crowd thinks the rig is "affordable" even if it is not.   Why anyone would think something is "affordable" simply because you can finance it over decades is beyond me.   But this sells everything from college educations, to overpriced mini-mansions, to gaudy SUVs, to, well, even those designer coffees that people put on a credit card and then spend a lifetime paying off.

So attractive loan terms (even if they are actually toxic) sells RVs, and the RV makers want to move these beasts off the lot.   John Deere financing was one of the lenders who used to offer these sort of loans (and maybe still does).   Seems like an odd fit, until you realize they make a lot of motorhome chassis and offering loans insures that the motorhomes get sold, just as Ford and GM used their own loan arms to sell cars on time.

But won't people default on these loans and leave the lenders bankrupt?   That is the interesting aspect of it.   These are huge long-term commitments the borrowers are making, but they are not so large that the borrower is willing to declare bankruptcy over them.   As I noted in my $300,000 mistake posting, a friend of mine went through this, ending up tens of thousands of dollars underwater on an RV loan.   It was a lot of money, but not enough to justify declaring bankruptcy and starting over.   So they took out a home equity loan to pay the difference and now have to scrimp and save in old age to pay of this debt.

But even if they declared bankruptcy, the debt might still be paid.  Under new bankruptcy laws (thank your local Republican Congressman for that) debts are not necessarily wiped-out in bankruptcy, but rather "worked out" over five years.   So it is possible that even if a borrower goes belly-up and walks away from an RV loan, and declares bankruptcy, the lender may still be made whole, or largely so (and considering they already collected several years' worth of interest, likely still made a profit).  Thus, the risk really isn't all that risky.

But then again, these loans are made to "qualified buyers" who have good credit scores, a job or pension, and some assets that can be attached.   In addition, the interest rates are higher than on mortgages or car loans, which additionally helps offset the risk.   Borrowers can't simply walk away without paying or losing a lot of assets.   If they tried to "stiff" the bank by letting the RV go to repossession, the lender would then go to court, get a judgment against the borrower, and then put a lien on their house, or their car, or their bank account - and still get paid.

In other words, you can make a lot of money ruining middle-class people with these sort of toxic loans.

And the same game can be played all the way down to the insolvent poor person who takes out a payday loan.  You milk them for all they are worth, and they pay back more in interest than the loan balance, and yet they don't want to lose their car in bankruptcy, so they keep paying.

Speaking of payday loans, Bernie Sanders is in hot water as he unionized his campaign staff, and now they are threatening to strike over low wages.   Seems the $15-an-hour minimum wage only applies to other people and not to Bernie Bros.  Worse yet, one campaign staffer said that some of these low-paid canvassers are "resorting to payday loans to get by!" as if somehow borrowing money at 300% interest actually helps your financial situation rather than destroying it.   Seriously, we don't need Bernie Sanders and his ilk in the White House.

Sadly, it seems that all the candidates, left, right, center, and whatever, seem little concerned with borrowing and debt.   And that is the most compelling issue today facing our country, not some tweet or snapchat video.   But no one wants to hear that!
Newer Post Older Post Home