Rewards Cards and Why Most Americans Shouldn't Use Them 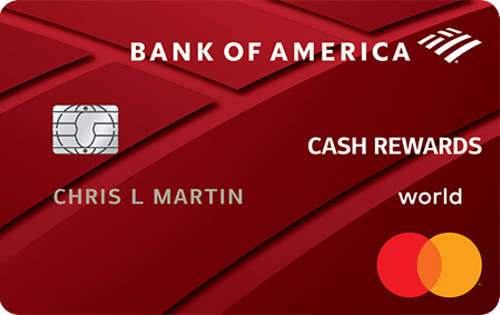 If you carry a balance every month - like most Americans do, a rewards card is an idiotic proposition.


Early on in this blog, a reader exhorted me to "steal the cheese" with these credit card and other offers.  And in some instances, these can be good and safe deals.  For example, Capital One wanted us to set up a money market account with a deposit of $10,000.  They would give a bonus of $200 if we kept the money there for six months - which they did.  They also paid pretty good interest - about $15 a month, as compared to the mere pennies that Bank of America gave me on a savings account with a similar balance.

And when I was financially stressed - for most of my life - it was mostly self-induced stress.  Wanting "things" instead of wanting wealth.  And "things" usually had wheels attached to them.

Rewards credit cards fall along the same lines - if you have money, you can "steal the cheese" and get money back.  If you don't have money, and carry a balance every month, you will come out behind, over time, compared to having a low-interest-rate credit card.

When I started this blog, I was financially stressed.  I had two mortgages and was still paying off student loans (when do I get my loan forgiveness?) and carried a balance on my credit card.   I also had two homes and a number of cars, two boats, and a lot of other "stuff".   I was in the same situation I was in back when I was 25 years old, only back then, I had only one, small house, and a beat-up Chevette that I was making payments on.  And I had cable TV and a credit card balance.   Not much changed over the years - living paycheck-to-paycheck, other than the paychecks got larger and the bling got better.

But I never had money, and I was always in debt and struggling to pay bills - like most Americans do.   I could have lived with less and been much happier and had little or no debt.  But I had no self-control, and money was always something "other people" had.

Well, about halfway through this blog, in November of 2015, I decided to experiment with a "rewards" card.   Bank of America was offering up to 3% cash back on purchases, and a $250 bonus if I would sign up.   I signed up, but treated the card like a loaded handgun.   44 months later, I still pay off the balance on a daily basis, so as to not let debt accumulate.  If I miss paying the entire balance one month - even by a day - I end up paying interest all the way back to the beginning of the billing cycle - at 14% interest.  If I miss making the minimum payment entirely, penalty charges apply and the interest jacks to 22% or more until the balance  is paid in full.

And I know this because I got my dick caught the wringer when I started this blog.  I put a tax bill on a credit card and then went on vacation, making the monthly payment a day early and thus it didn't count as paid for the next billing period.   Late charges and "penalty" interest were applied, and it didn't do my credit rating any good, and it took me months to dig out of the mess.  That was then - today, you can do all this stuff online - even on your phone - so there is no excuse not to pay the balance in full every month - preferably every day.   When you've shot your leg off with a gun, you learn respect for loaded weapons, the hard way.

Anyway, in the 44 months since I got that card, we've accumulated an astounding $5415.43 in "rewards" or an average of $123.07 a month or $1476.93 per year.   Funny thing, too, I don't recall getting a 1099 on any of that - is this stuff tax-free as well?   Unlike airline miles or Discover rewards, you get this money as a deposit, every month, into your savings account.  No screwing around trying to "redeem" points or having to ask for a deposit within a certain time window - it is all automatic.

So, you think, these rewards cards are a good deal, right?  Wrong.    For me, at this stage in my life, they are profitable.   In every other stage in my life, they would have been a nightmare, because back then, I was carrying a balance, and the monthly interest would have wiped out the rewards.   This is particularly true for people who end up behind the 8-ball, with a high balance on their card (and little available credit) whose credit cards are constantly being declined for being over-limit.   They can charge little on the card (because of the small available credit) so they don't earn many rewards.   And since they are paying "revolving credit" interest, over time, they are paying interest on interest, and barely chiseling away at the debt with each monthly minimum payment.

This describes most Americans at one point in their lives or another.   Everyone, it seems, has a credit card crises at least once in their lives.   And if you haven't, that doesn't mean you won't.  It is like motorcycle riders - there are two kinds, the ones who have been in a wreck, and the ones who are going to get into a wreck.

Sadly, a lot of people go on the Internet looking for "secret insider tips 'n tricks on how to get wealthy!" and click on a lot of clickbait crap that are usually put-up jobs by the worst sort of credit agencies.  These are the sort of people who want to convince you that borrowing money is the way to get rich.  And on these sites - and worse yet, discussion groups - this group-think emerges that the real way to "get ahead" in the world is to clip coupons and take advantage of "special offers" and rebates and shop at sales and get a rewards card and a reverse mortgage and so on and so forth.

All of these "secret tips" are not based on saving money and investing, but rather on spending money.  The theory is, if you can "save" enough by spending, you can spend your way to wealth.   They don't say it that way, but that is what it boils down to.

In the rare instance where these sort of sites talk about investing, it is faux investing, such as buying IPO stocks or some hyped "investment" and putting it on a credit card.  Joe Blow reads in the paper that Gold or Bitcoin has gone up in value, so he buys $500 of it on his credit card, not realizing that it already went up in value and has only one way to go - down.   Worse yet, he is paying 14% interest on that "investment" while it declines in value.   It would have to soar in value, just to pay off the interest he is paying to buy it.   But Joe Blow doesn't see any of this, and of course, the Greek Chorus of the online forum assures him that he is being astute and smart.   It is less a Greek Chorus than the song of Sirens luring investors onto the rocks.

Yes, it is possible to "steal the cheese" but only if you have money and no debt.   If you are carrying a balance on your credit card, it doesn't make sense to get a few pennies back in exchange for paying dollars in interest.   And no, the pitiful amount you "earn" by "playing the float" every month isn't worth the risk involved with late fees and penalty interest, if you miss even one monthly payment.

Risk.  I guess that is the key.  In any financial transaction, whether it is a savings passbook account that is FDIC insured, to a gold bar, to buying a car, to buying something on eBay to - whatever - there is a risk factor involved.   And astute investors weigh risks versus rewards.

This is why, in short, why "opportunity cost" arguments are bullshit for consumers.   The banker or car salesman exhorts you to borrow money in a mortgage or car loan, so you can have the "opportunity" to invest your cash in the stock market and earn 10%.   On paper, this sounds logical, until you realize you are comparing the ZERO risk (but low reward) of not paying interest on a non-existent debt, with the HIGH risk (but potentially higher reward) of a speculative investment.   Only an idiot would compare the two - which is what the car salesman is hoping you are.

The risk for me, in a rewards card today is lower than in the past, so it passes the risk/reward balance test.   But if my financial situation were to change and I found I could not pay the balance every single day, you can bet I would stop using this card in a heartbeat, and go back to paying cash, using a debit card, or using the low interest rate Capital One card (7.17%) I still keep in my back pocket.
Newer Post Older Post Home