You Can't Win Playing Their Game! 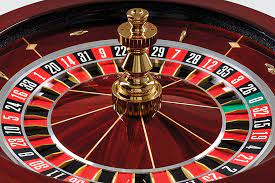 You can't win at a game run by someone else.

In my previous posting, I mentioned that you can't win at a casino.  Sure someone might win, but over time, that person probably breaks even, at best.  Gamblers remember their big wins, but forget the years of small losses.  Over time, they lose - otherwise casinos would go broke.  They have a lot of overhead to cover! And online casinos?  Just scams!

Similarly, you can't win at shopping.  I have friends who regale me with tales of BOGO deals and coupon clipping and sale prices - as if somehow they made money by purchasing something.  Maybe they got a small discount, but they aren't re-selling the item for a profit, merely cluttering their home with stuff.  Like I said before, one friend likes to "shop" and then give away the stuff they bought to friends.  Maybe this provides some entertainment value, but it isn't a way to make money.

It is like couponing - if it was such a good deal, what's the name of your yacht?  If clipping coupons really made you money - like they show on those "reality" tee-vee shows - then couponers would be insanely rich - buying items for half-price or even getting things for free, and then re-selling them.  But you never hear about that happening as retailers are not idiots and aren't letting product go out the door for nothing.  At best, maybe you get a small discount, and if you intended to buy whatever it is anyway, great.  But the purpose of couponing, in most cases, is to get people to buy things (or brands) they were not predisposed to buy.  It is a way of manipulating consumers, and you never make out being manipulated.

I thought about this, this morning, as every morning I log onto my bank's website, balance my checkbook with an old copy of Quickbooks (I keep my own, separate record from the bank's records - no bounced checks this way!) and pay off the balance on my credit card, daily.  I do this because I've been down the road of intractable credit card debt.  You charge things and don't look at the balance and at the end of the month you get a nasty surprise and can't pay off the balance.  Since you have a "miles" card, the 22% interest kicks in, and the next month, you pay off even less of the balance.  Slowly, over time, the debt accumulates until one month you can't even make the minimum payment!

It happens - to everyone in America at one time or another.  You can't win playing someone else's game.  I've had readers tell me I am an idiot for paying off my credit card daily because, "you can play the float and get that money, interest-free for a month or more!"  And technically, this is true - you can charge a chalupa on your credit card on the first day of the billing cycle, and then payment doesn't come due until the end of the grace period at the end of the billing cycle.  Whoo-whee!  You get 45 days interest-free on that chalupa!   You could have invested that money in "stonks" in the meantime!  And you are making 22% interest, right?

Just because the credit card company is charging 22% interest on a rewards or miles card doesn't mean you are saving that by "playing the float" - if there is an "opportunity cost" argument to be made (and usually these don't apply to consumers in spending decisions) it is the paltry 1% interest that maybe a bank savings account would pay.  For one month, that might amount to pennies, if that.  I get 10 cents ever month from my bank, for $3000 I keep in my savings account as a buffer.  Gee.  Swell.  That's totally worth the risk of a late payment or not being able to pay off the balance.

So I pay off the balance every day.  In effect, my credit card becomes more of a debit card - just an instrument through which money flows, not a debt instrument for financing purchases.  Because even at "good" credit card rates, financing anything with a credit card is a bad idea.  That being said, I keep a 7.15% credit card in my safe and use it every so often (and take it with me when travelling) because, well, you never know when you might need it.  And sometimes it is handy, at the end of the year, to put something on a credit card and pay it off in January, as it means I don't have to take more money out of my 401(k) and thus pay higher taxes (and lose my Obamacare subsidy).

Speaking of miles cards, that's another game you can't win, because they run the game.  I gave up on "airline miles" mostly because I gave up on airlines.   Flying in an airplane was really cool when I was a kid in 1968 and we flew first-class in a 727 after having drinks at the Admiral's club.  Then they let just anyone do it.  And after a spate of hijackings and crashing planes into buildings, well, the fun really went away. Who cherishes the loud acoustics and the nervous flop-sweat that you can smell when you are in line at TSA and some lady behind you is line-humping you?   And the seats - so close together - and the fellow passengers behaving badly!  Gee, airline miles!  I want those!

But they play a game with them.  They can - and have - changed the number of miles you need to get a "free" ticket.  They limit the number of seats on each plane that can be purchased with "miles". If you make reservations a year in advance, maybe you could fly the family to Florida on the same plane - provided, of course, you pay the various fees they sometimes charge.  Some airlines charge fees to allow you to keep your miles, otherwise they expire!

The only use for airline miles I found was to try to get an upgrade to business class, and even then, only by using miles I earned by flying.   Miles from credit card purchases?  That would take forever to generate enough to get a free flight - they would expire before you could use them!  Again, it is their game, their rules, and they designed the game so you never win.  They also designed the game so you think you are winning at it.  It is the same folks who designed the casinos!

Or Facebook, for that matter.  Or Amazon, or a host of other things.  People think they can "win" at the car dealer and "pull a fast one" on General Motors, because you know, they are pretty stupid about selling cars and have only being doing it for a few months.  Oh wait, not.  The automobile dealer is like an abbitoir - you are herded up the chute to the captured-bolt gun and then hung up by your heals, your throat slit, and you bleed out.  And I am sure many a cow in the stockyard told their friends how they intended to "win" at the slaughterhouse game.

So, given all that, how can anyone possibly survive in our economic system?  Many do not, which is a key gripe on folks on the Left these days. People - particularly poor people- keep trying to "win" at these games and get stung time and time again.  And yet, they are the first go back to the well of abuse and get stung again.  And sadly, the middle-class is falling for this sort of thing more and more.

People go to fast-food restaurants every day for lunch and wonder why their credit card balance keeps going up!  Back in the day, going to a fast-food restaurant (which meant McDonald's) was a special treat, not a substitute for a kitchen.  Today, there are entire districts given over to fast-food chains, of which there are dozens - our habits have changed.  We waste money on this nonsense, eat half-pound bacon-cheese burgers, and then wait in the waiting room of the cardiologist in our electric wheelchair, taking our diabetes medicine.  But hey, they had a coupon for that cheeseburger!

The answer is, like so much else in life, that there isn't an answer and that scares the crap out of most people.  The reason religion exists is to provide pat answers to questions that can't be answered.  What happens when you die?  Jesus. What is consciousness?  Jesus.  What is the meaning of life?  Jesus.  OK, thanks for that, I feel better now.   And yes, we need those pat answers to make us feel better and to stop worrying about questions that cannot be answered.

Of course, the simple answer (and wrong answer) is to not play games that are set up and run by other people.  It is a wrong answer because you can't avoid these games entirely. You have to eat.  You have to have a place to sleep, some clothes to wear, some money in your pocket, some means of transportation.  It means you have to interact with other human beings, and thus be forced into these economic casinos, to some extent, whether you like it or not.

But, you can limit or minimize how often you play these games.  For example, you can just choose never to go to a casino, and thus never lose money there.  You can keep your old car as long as it is reliable, rather than trade-in every three years.  The fewer times you have to buy a car, the more money you save.  The 7% sales tax alone can run a couple of grand, every time you trade-in.  If, over a lifetime, you buy ten cars, as opposed to fifteen, you will save a lot of money.  And if you can find a late-model used car from an individual, well, you save even more - because individuals such as yourself are less inclined to be playing economic games, and their skill level is about equal to yours.

Things like bonus miles, BOGOs, sales, discounts, and whatnot are not "bargains" but games retailers play to get you in the door and make you think you are winning.   There is no way to avoid these games, but you can choose not to play, particularly when you don't need to.  Oh, sure, they will try to lure you back into the game, claiming that this time, for sure, you are going to win at car leasing or grocery couponing.  It is akin to a poker game I was roped into once - I wanted to quit, but my "friends" told me to stay in the game.  "You could win it all back in the next hand!" they said.

I didn't.  I found new friends, instead.