Is Financial Literacy Pointless? (I Don't Think So!) 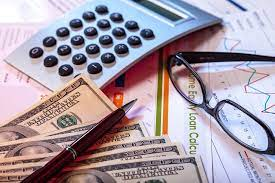 Many on the far-left argue that teaching financial literacy to poor people is not only pointless, but cruel!  What they really need is more money!  But if you give them more money and they just waste it all, have you really done any good?  And while more money might be nice, it might not be forthcoming.  Shouldn't people be encouraged to improve their lot in the meantime?

The election in 2024 is going to be ugly. The Bernie Bros and the far-left are doing everything they can to insure a Republican victory.  Nothing Biden has done is good enough for them, and ditto for the Democratic Congress.  Given that Nancy Pelosi thinks that insider trading of stocks is keen, well, I can't really blame them, in part.

But a meme has emerged in recent months or years that encouraging the poor to make better financial choices is just cruel - they have no money and thus cannot save for their 401(k) or buy in bulk or whatever.

And yes, there is a nugget of truth to that.  On the other hand, things like payday loans, rent-to-own furniture, buy-here-pay-here used cars and whatnot are taking what little money they have and setting it on fire.

Is it such a bad thing to tell someone, "Hey, stop stabbing yourself with a knife!  Maybe you will still be poor, but at least you won't be bleeding to death!"

But that is the problem with "poverty" in America.  There are the very, very poor, but there are also an awful lot of people who make fairly decent money, and with the aid of food stamps, subsidized housing, free cell phones and whatnot, make almost the median income in America.  These are folks who have a lot of money pass through their hands, but don't manage to retain any of it, because they squander a lot of money on bad bargains - bad bargains offered to them by unscrupulous people.

Time was, we outlawed many of these bad bargains.  And yea, they should be outlawed again.  But how about telling people about them and warning them?  If the bridge is out, isn't it a good idea to warn passing motorists before they go off the deep end?  Or should we just give up and wait for a new bridge to be built, and just look on in sorrow as car after car flies off into the river, drowning everyone inside. Hey, there was nothing we could do, and warning them of danger would just be insulting their driving skills!  It would also be condescending.  After all, we have freedom of choice!

Choices.  One other dig the far-Left makes is that "people working for company X" (usually Amazon or Walmart) "are forced to get food stamps to get by!"  So they propose a higher wage, which of course, means they lose their food stamp benefits, their Obamaphone, and other forms of assistance.  Maybe this is a good thing, but these benefits are also a wage subsidy to the employer, as I noted before.

But I digress.  The point is - and I did have one - is that financial literacy or indeed, any one thing is not a "magic bullet" to alleviate poverty. Many on the Left argue that raising the minimum wage or providing "guaranteed annual income" or increasing spending on social programs would wipe out poverty.  Or they argue, tax the rich and give the money to the poor - Presto!  Problem solved.

But again, this is not to say that giving more money to the poor is a bad idea - only that it is not the only idea.  Just as teaching financial literacy won't solve poverty by itself, giving money to the poor won't pull them out of poverty.  Similarly, outlawing payday loans won't eliminate predatory lending - it will just drive it underground.

Sadly, some of the same voices on the Left that decry financial literacy also - oddly enough - embrace payday loans and predatory lending.  "If you are poor," they say, "these are your only options.  You can't blame the poor for making these choices!"  I am not sure how a 300% interest loan is going to help the plight of the poor in any situation - it just is a one-way trip to bankruptcy court.

It is akin to saying blowing your brains out with a handgun is "your only choice" and therefore should not be criticized.  Taking out a payday loan isn't suicide, but it is slow-motion financial suicide.  And yes, these things should be outlawed and the people who run these scams should be ridden out of town on a rail.  But a funny thing - the people who run these scams don't think they are doing anything wrong or taking advantage of people.

Funny thing, too, the poor are a lot smarter than we give them credit for, sometimes.  Many know how to "work the system" including working the sympathies of middle-class people. The fellow behind Hoovie's Garage did an interview about his career.  Hard to feel sorry for him, he was born to wealth and his father owned a chain of Taco Bell restaurants - and eventually sponsored him in the restaurant business - which is how he can afford to buy Lamborghinis and Ferraris and do YouTube videos about them.

But before that, he tried to run a car dealership, and when that failed, he tried to run a "buy-here, pay-here" used car dealership, and that failed, too.  As he explained the scam, you sell these clapped-out cars to desperate poor people who pay by the week for the cars but never end up owing them, as they break down before the loan is ever paid off.  If you get enough customers, paying every week, you have a significant cash-flow going on, and you don't need to sell a lot of cars, once you have this "bank" of poor people to exploit.

Well, to his credit, Hoovie admitted that he was pretty shitty at exploiting other people (something I suffer from as well - I took that "do unto others" crap too seriously!).  One lady, who "bought" a minivan from him, had excuse after excuse as to why she couldn't pay the down payment - which he got months later.  Then she was late on the payments and then stopped paying entirely.  She argued that the van was "defective" and "broken down" and why should she make payments on a van that doesn't run?

And he went along with this, too.  But living in a small town, it wasn't long before he saw her driving the "broken down" van around town - several times.  News alert:  She was lying to him.  But of course, my sympathy for Hoovie isn't very great - he was trying to exploit the poor, which sucks.  Not only that, he sucked at exploiting the poor.  Maybe he has a soul after all.

The point is, the poor are not as dumb as we think - at least some of the time.  And there are folks, who, if you handed them a ton of money, would still live under a bridge and buy a shitload of drugs and beer anyway. The reason why we hand out money in ways that limit how it can be spent (food stamps, housing assistance, etc.) is that some of these folks have children.  And while it may be OK for someone to destroy their own lives, the children don't have such a choice.  What's worse, these kids, raised in such horrific environments, end up in the same cycle of poverty, and thus are part of the problem for future generations.

The folks on the Left push these false narratives that the only solution is "more money" and the reason behind this is they don't want us to examine how they spend their money, as it may turn out they are living a lifestyle better than our own, while at the same time, demanding our cash.  I wrote before how a "friend" of mine (now deceased) wanted me to "help" her figure out her bills.  I went through it all and figured out how to save hundreds a month from their budget with a few simple sacrifices (Getting rid of Cable TV for example) which would have paid off their "intractable" $5000 credit card debt in a couple of years.

But they would have none of that - they wanted to "borrow" (take) $5000 from me.  Me who doesn't have all the cable channels - in fact, none of them.  It is like another friend who groused that I was "rich" because I had a meticulously maintained 20-year-old BMW convertible (worth $7000 on a good day) as we rode around in their $50,000 leased pickup truck.  "You're lucky." she said, "you're rich!"  And yet, when I did their taxes, I was chagrined to see they were making more money than me.  They were just making poorer choices is all.

No, financial literacy isn't going to solve all the world's problems.  Nor is it a substitute for outlawing predatory lending or raising the minimum wage or making housing more affordable.  But it is something we can do - we all can do, right now - without waiting around for Congress to act or for revolutions to come.  In fact, it may be the only option for most of us, as these grandiose plans of Comrade Bernie and Ms. AOC will likely never see the light of day - at least not for some time.

And even if "guaranteed annual income" became a thing, well, think how much better off you'd be, if you spent your money more wisely.

But that's the point, ain't it? Like my spendthrift friends who wanted to blame their woes on the government or the economy or "rich people" - many on the Left don't want you looking too closely at their new tattoos, their new Playstation, or their new iPhone.  The loudest voices for "free money" who also shout down financial literacy, are not the working poor, struggling at low-wage jobs to feed their family.  No, no, they are often the spoiled middle-class kids living at home, spending their hours playing video games and lamenting that they will never pay off their $25,000 in student loans.

I don't really feel sorry for them.  They have tools in your hands - we all do - to make our lives better.  Pining for dramatic social change is fine and all, but you need to have a "Plan B" when that doesn't happen.

But odds are, it won't.  And if it did, you'd be better off if you are financially literate.