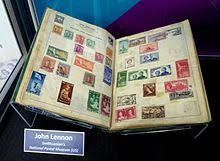 Hobbies are fine and all, until they take over your life.
Almost everyone has a hobby, be it stamp collecting or world cup yacht racing or something in between. Having a hobby makes life worthwhile and fun. But for many folks, hobbies get way out of hand, not only dominating their lives, but ruining their finances as well. By ruining their finances, I don't necessarily mean making them bankrupt. What I mean is the squandering of huge sums of money on hobbies while failing to properly fund your retirement or savings, the net result being that later on in life, you are broke.
Living here on Retirement Island, I see this all the time. People who "lived large" in their 40's and 50's with large yachts and motorhomes, only to find themselves destitute in their 60's and 70's when these horribly depreciating assets....depreciated. In the recent economic downturn, many folks who bought large yachts or motorhomes a few years back (with easy money financing) are finding themselves now "upside down" - owing more money on these behemoths than they are worth.
Many, not surprisingly, walk away, leaving the bank to repossess and re-sell them at far below market value. Like in the housing sector, this further depresses prices, causing more people to go "upside down" and the process repeats. However, unlike homes, depreciating assets like cars, motorhomes and boats will never again increase in value. They depreciate from the day they are made. So "hanging in there" is simply not an option.
If you are lucky enough to have cash these days, you can pickup one of these white elephants for a fraction of what they would have sold for even a year ago. But be careful, owing and operating expenses can dwarf the initial purchase price. I use expensive hobbies such as yachts and motorhomes as an example. However there are other hobbies out there that can start off inexpensively and get totally out of hand. It need not be this way though.
Now, don't get the wrong idea. I am not anti-hobby. I have many myself, so I know from where I speak. Some hobbies can end up being careers, if you are lucky. But that happens to so few of us. The key is to think about where you are going with a hobby. Here are the three basic points I've learned from my own mistakes as well as those of others:

1. Don't take it a step too far.
2. Be aware you might outgrow the hobby.
3. Don't fall for the hype of the hobby industry.

1. Don't take it a step too far: They should have stayed with their first motorhome, which was almost paid off. When they decided to give up RV'ing they would have been able to sell it for a tidy sum. Instead, that money was swallowed up in the down payment on their new rig.
2. Be aware you might outgrow the hobby: Outgrowing a hobby is not just something that happens to younger people. If you are older, chances are, changes in your life circumstances will force you to retire a hobby eventually. They should have anticipated that eventually their age would force them to give up on RV'ing.
3. Don't fall for the hype of the hobby industry: The magazines hype and promote RV'ing as they are magazines that the industry pays for, in terms of advertising dollars. You will NEVER see, in any hobby magazine, a cost-benefit analysis of the hobby or any warnings not to take it too far. The downsides of RV'ing full time are rarely discussed. But if you read between the lines (such as the "health forces sale" classified ads in the back) you can separate the hype from fact.

While these examples may seem a bit depressing, they are based on real-world examples, and illustrate how a simple hobby can get seriously out of hand and literally bankrupt a person, while providing less and less enjoyment with each level of increased spending. Oftentimes, not owning things and dreaming about them is more enjoyable (and less expensive) than having. The key is to figure out when it is time to call it quits, and whether going to the "next level" makes any sense. Oftentimes, it is not.
Newer Post Older Post Home