Why GM Went Bankrupt - Another Story.... 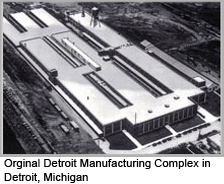 GM no longer owns parts suppliers like this.  And most of them have gone belly up since being spun off from the big-3.


To many people, why the largest automaker in the world went bankrupt is a mystery.  But to anyone who ever worked there, the thought was, "Gee, what took so long?"

It was not just the Unions, the scandalous wages and benefits and onerous work rules, but also inept and weak management - which was scared of the Unions and more interested in protecting their personal fiefdoms and perks than in making good cars.  And the following story illustrates the problems with both the Union and management.

My friend Paul worked for Detroit Gear and Axle, or as he put it, "Detroit Endearing Asshole", as a GMI co-op student.  As co-op students, we were all young, eager, and wet behind the ears, and ready to do our part to help GM take on Toyota and the imports, which were starting to be a real threat to the business, even back in 1978.

One of Paul's student jobs was to supervise construction of an office, on the factory floor, for the foreman.  It was so loud in the stamping room, where axle housings were pressed out of white-hot metal, that the foreman couldn't make phone calls or even talk to workers.  If a small office could be made, to hold his desk and phone, he could work on the floor and be "close to the action" and still hear himself think.

Paul eagerly set out on this task, figuring out a budget for the project, working with the carpentry shop to design the structure, and the like.  One problem, of course, was that UAW workers, then making more than $15 an hour, had to be hired to build every aspect of the structure.  It would have to be framed up, sheetrocked, trimmed, and then painted.  The painting cost alone, using Union painters, was staggering.

Paul hit on an idea to save money.  Rather than paint the office, he would use cheap fake wood paneling - the kind they sell at Home Depot - which would not need painting.   The cost per sheet was a little more than installing sheet rock, and without the painting expense, it would come out a lot less.

After a couple of weeks of work, the office was done, and his boss and his bosses' boss came down to inspect the work.  They looked around for a minute and said, "Wait a minute, is this paneling in here?  This guy is a foreman!  No one at his level is allowed to have paneling! You have to be a supervisor to rate that!"

So, the next day, the order came down, and two union painters showed up with buckets of beige paint to paint over the paneling - so that the supervisor's boss would be appeased, and the pecking order of management would be maintained.  The cost savings Paul had strived for - trying to be creative and innovative - were wiped out.  His project ended up coming in over budget.

Naturally, Paul got discouraged.   And after a while, he stopped trying so hard and started questioning why he was working there.  All that mattered, it seemed, was fitting in, playing the game by the rules, protecting your perks, and looking out for your own interests.  Somewhere along the line, cars would get made, but that was secondary, of course.

Not surprisingly, Paul doesn't work for GM anymore. In fact, such a system tends to drive out creative and innovative people and attract the worst sort of slackers and sycophants known to mankind.  The people who rise to the top of such a festering dung heap are the most odious sorts of human beings known to mankind - self-promoters, glad-handers, and back-scratchers.

With management more concerned about protecting perks and appeasing the union - and the union more concerned with keeping dues up by insuring more workers were hired - the end result was inevitable, over time.  Cost started to bloat out of control, and eventually, well, bankruptcy was a forgone conclusion.  If not for the cheap gas of the 1990's and the SUV craze of that era, GM's bankruptcy would have been a decade earlier, easily.

And Paul's story is just by way of example.  Such shenanigans and utter squandering of money were so common - such as the infamous "five foot high" machine rule I wrote about at New Departure.  It was not an isolated phenomenon, but endemic to every branch of the operation.

Today, similar problems affect modern companies - and may indeed threaten the "new" GM down the road.  Hewlett-Packard, once an industry icon, faces hard times, as it sheds one division after another.  And what was management doing?  Holding pep rallies at stadiums to get the "troops fired up" - instead of watching the bottom line.

The good news is, it appears we are heading toward a different model of working, in this new Century, that may help alleviate the type of empire building that has plagued our institutions in the past (documented, for example, in Robert Townsend's book, Up The Organization!).  More and more people are working independently, or in smaller groups or for smaller companies - which eliminates the layers of inept and meddlesome middle management so cleverly skewered, for example, by books (and the musical) How to Succeed in Business Without Really Trying.

Simply stated, you can't have the sort of sycophants and parasites that thrive in a 10,000 employee company in a one-man operation or a small start-up shop.  The idea of the large, efficient corporation has turned out to be a farce, as such organizations inevitably attract the type of people who want to get ahead - without trying.   The type of people who want to take all the credit, without doing all the work, and shift the blame when it all goes so horribly wrong.

Of course, such organizations will continue to exist and have to exist.  Government, the military, and some large commodity-producing companies require a large, organized workforce.  And some projects require large groups of people to interact in an organized fashion.   But increasingly, companies - even GM - are finding it far more profitable to "farm out" a lot of work, as even though the overhead cost per person may be higher, the fat and inefficiency saved by cutting out middle-management slackers and meddlers more than compensates.

The Japanese, of course, pioneered this technique with their Kerietsu supply chain systems - hiring companies to build their parts for them, rather than trying to own parts companies as GM did as part of its Sloan vertical integration model.

In my own life, I did the same thing, leaving the big law firm for a solo practice.   I may make far less money this way, but I do not pay 2/3 of my billing in law firm overhead (1/3) and in partnership profits (1/3).  As a result, I can work less hard, charge less, and get more done.  No one tells me to paint the paneling beige.
Newer Post Older Post Home
View mobile version