Dumber Than You Think..... (weak thinking) 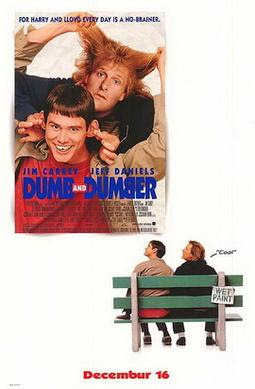 
I regularly check Snopes.com for the latest Internet rumor debunking and scam alerts.  It is a useful site, and rather than forward Grandpa's latest angry anti-Obama e-mail rumor, you might want to check with Snopes, first.

Lately, however, most of the "What's New?" section of Snopes deals with rumors spread over Facebook and other "Social Media" (e.g., Twitter, aptly named, for Twits).   Some of these rumors and postings are so idiotic that it defies credulity.   Do people really believe this shit?

Some idiot posts a "Celebrity death hoax" posting on Facebook, and within minutes, 5,000 idiots have re-posted it, along with their condolences.   It is pretty scary.

The Snopes "Hot 25" Internet rumors and Urban Legends gives one pause.  People really believe that the drinking age is going to be raised to 25 - but for some reason, no media outlet in the country has bothered to mention it.  Steve Jobs is still alive an well and living in Argentina (no word on why he would fake his own death).

People take photos from Worth1000 contests or other sites and then tack silly stories to them and post them online.  Why they do this is a good question (it is akin to vandalism or graffiti - anti-social behavior).  But what is scarier is that people actually believe the stories and then forward them to others.  Mermaids have been discovered in Russia!  Oh my!

There are a lot of really, really stupid people in this world.  It took me a long time to figure this out.  I had always assumed that most folks were pretty bright, but just lazy thinkers on occasion.  The reality is, of course, that most people are dumb as posts.  Even so-called "smart" people with important jobs like airline pilot, doctor, lawyer, or even congressman, can be dumb as dirt and believe the stupidest things.

I used to think this was just lazy thinking - weak thinking.  And maybe it is - or isn't. What is weak thinking?  It is believing what you want to believe - whatever is convenient for you, rather than taking a hard look at reality and accepting things that often are not favorable to you, personally.

Believing in fairy tales is fun.   So believing whatever nonsense you read on Twitter or Facebook is the intellectual equivalent of scarfing down an entire box of Russel Stover chocolates, all at once.  It really isn't even very good chocolate.  But it is fun to wallow in crapulence once in a while, ain't it?   Or perhaps, all of the time.

I still would like to believe that people in general are mostly honest, smart, decent, and thoughtful.  However, it seems increasingly that weak thinking is not some acquired talent or something encouraged by poor normative cues, but rather is some sort of inbred (in every sense of the word) trait.  I hope I'm wrong.

And maybe I am wrong in that regard, as I know from personal experience that is is possible to break free from weak thinking, although it is a daily battle to stay on the right side of goodness and light.  Weak thinking is like the devil - it temps you daily with its easy answers and invitations to sloth and excess.   Perhaps weak thinking is the devil, or more precisely, what ancient religions meant when they talked about evil and Satan.  Because if you look at all the evil in the world, it is largely the result of weak thinking - people believing in easy answers and committing horrendous atrocities in the name of them.

Of course, sadly, today, most religions are the core of weak thinking.   Most religions today preach the convenient thought that if everyone could just be forced to conform to their religious beliefs, God would be happy with us and the world would turn into paradise.   Since some folks won't go along with this, they should be killed.   And I am not just talking Islam here, Christianity, Judaism, and even Buddhism all teach variations on this theme - and have practiced or are practicing them as we speak.

Marijuana is now "legal" (sort of) in a couple of States.   It is the drug of weak-thinking, and again, I know this from experience.  Marijuana users want to believe whatever nonsense favors their own personal viewpoint, no matter how bizarre the thinking is.  If they get fired from a job (and they do, regularly) it is because the boss was a "jerk".  If they get in trouble with the law (not related directly to marijuana use, possession, or sale) they say it is because the cops are "pigs".   And if their girlfriend or wife leaves them, it is because she is a "bitch who cares only about money" because she thought that paying the mortgage was an obligation, not an option.   But hey, it is more fun to just do another bong hit and forget about all those harsh things.  It is a weak-thinking drug.

When I was young, I engaged in a lot of that sort of thinking.  Mostly because I was smoking pot.  Also because I was young, and young people tend to be weak-thinkers (which is why we recruit young people for military service, and not older people).   The "target demographic" for advertisers is age 16-35 as this is the weak thinker peak age group.  And men are more prone to weak thinking then women - which may be biologically based, as women, having a womb, may tend to think more about where the next meal is coming from, having a roof over their head, and that sort of thing.  So marketers love to sell to men ages 16-35, as they will buy just about anything.  Particularly anything with bacon on it.

Could weak thinking be some sort of survival skill in a Darwinian sense?  Perhaps.  It does seem to be part of our human nature.  Perhaps it is a necessary evil and thus part of our makeup.  Young folks need to be weak thinkers, so they can be malleable and manipulated by their elders.   We need them as consumers, soldiers, workers, and debtors.  If young people started thinking hard about the pile of crap they are being handed, well, we might have a revolution on our hands.  And that is worrisome to older people - unless of course, they are the ones leading the revolution.

Many weak thinkers believe in conspiracy theories.  One popular one today (and in the past) is that there is a secret cabal of "Illuminati" who run everything in the world.  When I was a kid, it was the Trilateral Commission, or whatever load of bullshit the John Birch Society was selling that week.   There is, of course, no such formal cabal running things in the world.  But there is, of course, a demarcation between the halves and the have-nots.  And that is the demarcation between weak thinkers and hard thinkers.

If you think hard, and are willing to accept ideas that do not paint everything in your life in a flattering light to you, you may be able to perceive reality as it actually is - not as you would like to see it.   You will then realize that you are being foolish with money, eat all sorts of horrible foods (and too much of them), drink and/or use drugs too much, believe in foolish nonsense, and of course, squander most of your day on foolish pursuits like watching cable television and tweeting with your smart phone - rather than working, relaxing, or just cleaning out your closets or doing something else that is either productive, or at the very least, not destructive to your personal life.

The people who run the world - the successful ones - are realists.  They better they perceive reality, the more successful their are.   Yes, to be sure, some real delusional folks occasionally rise to the surface.  But their time at the top is usually limited, as once their fantasies crash with hard reality, it all comes apart in short order.  The "cabal" of people running the world is not any cabal at all, but just people who perceive reality as it is, not as they would like it to be (but perhaps they try to shape it to be as they would like it to be).   There are no secret handshakes or initiation rites.  But I am sure fellow "members" recognize each other by their mutual respect for reality.

Act rationally in an irrational world.   And that means turning away from time-wasting brain-candy like the latest rumors on Twitter or Facebook "feeds" or "Reality Television."  Those are the mind-wasting, time-wasting, mental junk food that is foisted off upon the masses by people who can perceive reality more clearly than you and understand that you are a weak thinker and want to hear sweet lies, and not hard, difficult truths.  They feed you this crap - you don't have to eat it.

So, yea, people are dumb.   Maybe some of them can't be helped as they were born dumb and will stay that way for life.   But I think many more just chose to be lazy thinkers and enjoy the pleasure of weak thinking, because, let's face it, it's kind of fun.

But it is a choice, for most of us, not a destiny.  And we do have choices!