Why Social Media Is Broken 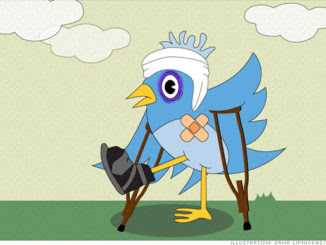 Social Media is Broken, in a number of ways.

Nothing good has ever come from Social Media.  Despite all the pleas posted on Facebook to find lost children, I am not aware of even one being found.   The reason for this is simple - most of these types of postings on Facebook are outdated, wrong, incorrect, or just spam.

"If it saves even one life!" these Facebookers always predicate the latest Wal-Mart slasher posting.   But it never does.

Meanwhile, another school teacher, politician, or policeman loses his job when they say something stupid on Facebook or other social media.   And another teen is bullied into jumping off a bridge.   Nothing good ever comes of Social Media - but an awful lot of bad comes of it.

Why is this?   Well, to begin with,  I think people who spend a lot of time on Social Media are not very bright people, and they are probably also very depressed people.  Throw in rumor-mongering and shaming, and you have a perfect storm.

What is shaming?  Well, it is a form of awfulizing which is one of the ten irrational ideas.  It is the idea that we, as social media users, can sit in judgment of anyone and everyone, and shame them for their actions, often based on a superficial reading of some slanted article or headline, or just some other social media posting.

Social media people don't research or vet anything that comes across their plate.   They don't because they don't know how to.   I don't know why, but many people I know, who appear to be fairly intelligent, act like I split the atom because I found something on Google.   It isn't hard, but then again, I have been doing boolean searches on computers since the days of UNIX.   Most Facebookers probably didn't understand a word of that last sentence.    Most of these Facebookers and Tweeters never bother to check things out before they mass forward the latest outrage, accompanied by their own tsk-tsking.

And other people have noticed this and made fun of it.  People have set up fake news websites just to see what idiots will forward improbable stories on Social Media.   Snopes has had to hire more people just to keep up with the avalanche of fake news and specious stories.   It is a like a hurricane of bullshit blowing across the web.

Take this posting from Joyce Carol Oates, a supposedly smart person and an author to boot. She has won numerous awards for her writings over the years.   And then she goes and does this..... 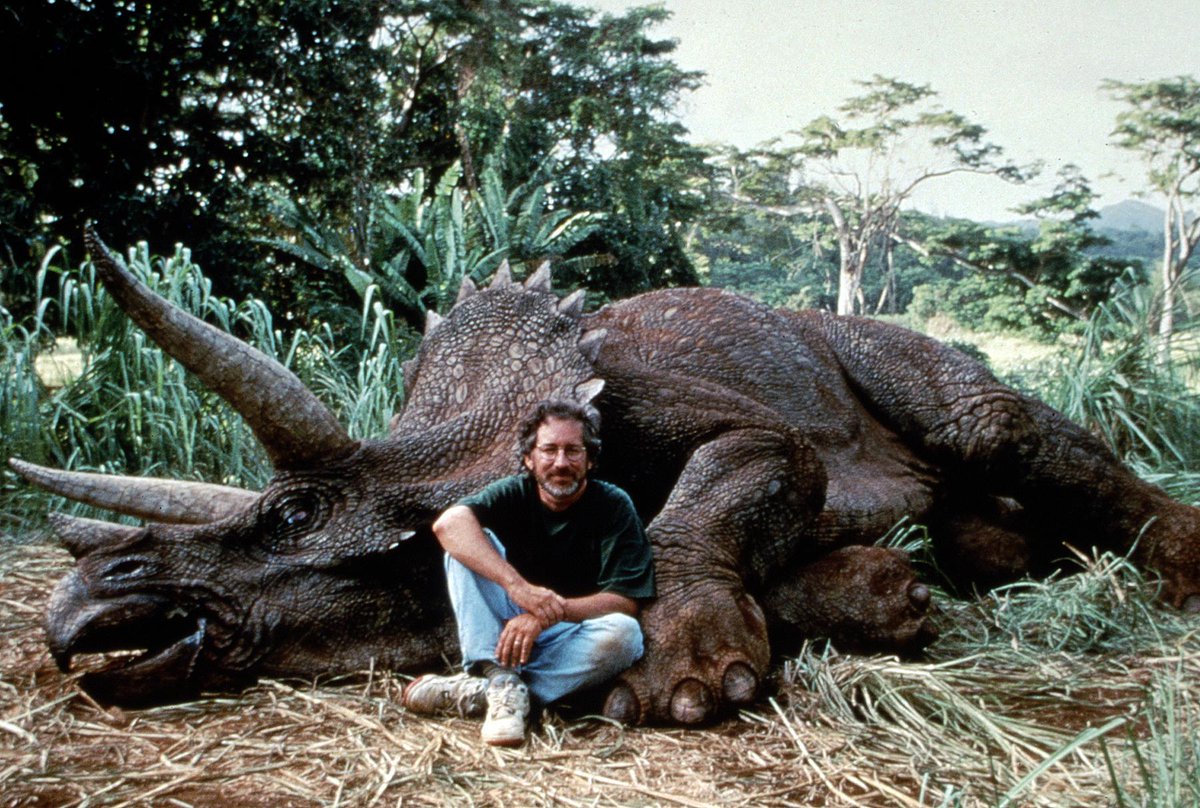 Chris TillyVerified account @TillyTweets
This guy thinks it's cool to kill defenceless animals then take a selfie. Jerk.
8:52 AM - 9 Jun 2015

The problem is, the photo is of Steven Spielberg on the set of Jurassic Park next to a "dead" Triceratops, a species that has not lived for millions of years.  The Triceratops is plastic - in case I am not making myself clear.  Ms. Oates' reaction (and let's be charitable and hope she was in on the gag, right?) illustrates how knee-jerk reactions are the norm on Social Media.   A photo of a hunter and his prey - time to shame, time to awfulize, time to re-tweet!

UPDATE:  Some are saying Ms. Oates was indeed in on the gag, and was trolling social media with her posting.  This illustrates another problem with social media - trolling, and of course, people who believe in trolls.

But the problems don't stop there. Rumor-mongering is a big problem on Social Media.   Misinformation, outright lies, slander, and whatnot are the order of the day.  Mark Twain had it right - a lie spreads around the world before the truth can even get out of bed.   And he said that in the age of the telegraph, not Social Media.

As a result, people who have access to the world's largest database (the largest in the history of mankind) - the Internet - are less informed than ever before.  In fact, one might argue that we are more poorly informed than previous generations.   We certainly make far more financial mistakes than our forebears, who would never think of taking out a 300% payday loan, would they?

Hysteria is another problem.  As I alluded to earlier, there is a whole species of people on social media who love to spread scare stories.  Obama is going change the dollar to the "Amero".  The Wal-Mart slasher is waiting for you under your minivan.   Something in the air, water, or food is going to kill you.  The common denominator is fear.  People on social media are afraid all the time.   As a result, they are passive, cautious, and thus poor investors but excellent consumers.  Oh wait, maybe this is by design, no?

Bogus News Stories, I alluded to before.   What is truth and what is fiction is now a very blurred line these days, with people believing what they want to believe.  And much of this is because Social Media allows you - is designed to - steer you to people and opinions that already reflect your per-conceived notions.  Marshall McLuhan once opined that television would turn the world into a global village, drawing us all closer together.   Maybe that trend was once true.  Today, we are becoming a planet of cubbyholes, each with its own crackpot following.  Consensus and agreement are in very short supply these days, as we each get our "feed" from different sources - hence our views of the world are so divergent.  For example, there are people here in the USA that believe that Obama has exploded nuclear weapons off the coast of North Carolina, in an aborted attempt to nuke our own cities.  They really believe this.

Trolling, of course, is what destroys everything.   It destroyed the USENET newsgroups.  It destroyed many a decent discussion group.  It has largely ruined Reddit.  It is one reason I don't have comments enabled on this blog - and one reason blogs have fallen from favor.   Trolls just want to wreck everything for the sake of wrecking it.   So even if we could eliminate a lot of this other nonsense on Social Media, there would be a hard core group of folks willing to tear down the house for the hell of it.

The Career-Killing Faux Pas, I alluded to before as well.  Want to get a job?  Get off Social Media.  Want to keep your job?  Get off Social Media.   Nothing on your Facebook page or Twitter feed is going to land you a job or help you keep your job.  "Gee, we saw your Facebook feed, and realize you are just the kind of go-getter we need in our company!   Someone who updates their status every hour has to be productive, right?"   Everything on your Facebook or Twitter accounts is likely to detract from your employment picture.

They Aren't Making Money - this is the puzzling thing.  The CEO of Twitter just stepped down because growth in the service is slow and leveling off, much as Facebook's has.   Facebook is losing the young audience and gaining an older audience.  They have to look to overseas to expand.  And while Facebook is finally making a small profit, it is not enough to justify the current stock price.   Linked-In is even worse - far worse.  While the "news" talks about tweets and Facebook postings, and it seems that "everyone" is on Facebook, these services have yet to find a way to really make serious coin from this.  And if they can't now, when will they?

People are Leaving - as I noted above, the recent stats on Facebook are alarming.  Huge drops in membership among the young set, big gains in the 55-and-over crowd.  The reasons are various.  Kids don't want to Facebook with Mom and Dad or Grandma.  It is creepy.   And young people are realizing that posting stuff on Facebook can cost them that first job, or even a career.   Everything you post on Facebook is fodder for law enforcement.  And of course, there is the whole bullying thing.  Why go on a site just to be in perpetual high school?   Whether this is a trend or a blip remains to be seen.   But there are fewer and fewer untapped users out there for Facebook to expand into, and more and more people eventually get bored with online sites and eventually leave.

World's Largest Time and Productivity Bandit - the big problem with social media is how much time it consumes.  People take pictures of every goddamn thing and post it on Facebook.  But Facebook is just the most popular version of the genre.   Twitter, Reddit, whatever - they all add nothing to your life, and detract much.

They All Crash and Burn Over Time - One big problem with "Social Media" is that no one has figured out how to make money from it - or any serious amount of money.  As soon as you monetize a site - implanting ads or sponsored content, users flee in droves.   Try to gin up the number of users by refreshing the site or redesigning it, and users flee in droves.  We saw this pattern many a time.   MySpace tried to monetize and "re-launch" the platform,and  people just left.   Why spend hours re-doing your home page, just because some coder got bored or some marketing guy thought that a "new look" would attract more users?  One reason I left Facebook was a page re-design, that basically wiped out my carefully constructed home page.  It would be like spending hundreds of hours building your farm on Farmville, only to see it scattered to the wind.

Digg used to be a social media news site.   Same thing happened there.  They tried to make money from the site, failed to do so and pissed off users.   They made changes to the site and "re-launched" it - scaring off even more.   Reddit replaced Digg, the latter of which has been chopped up and sold off in pieces, with the brand-name going one way and the coders going another.   Reddit, of course, has become popular, but is failing to figure out how to make money running servers if they don't have paid content.   Users take umbrage at any minor change to the site.   Today, they are shutting down huge portions of the site just in protest to the firing of a single moderator.   How long will this last?

And that, in a nutshell, is the problem with Social Media.   Something can be wildly popular, but still wildly unprofitable.   We, as humans, do a lot of things which are just time-wasters and unprofitable ventures for everyone.   How many bars, for example, do you know of, that had a line out the door and were crowded every night, but couldn't make ends meet?   It turns out that just being a popular place to meet isn't going to cut it, unless people actually pay to buy things.

And that in a nutshell is the problem with Social Media.   It is a time-waster for the users and a money-waster for the investors.   It does not foster harmony, peace, understanding, or greater knowledge or wealth.  In fact, it does the opposite.   Everyone who touches social media ends up impoverished, in mind or spirit, to some extent.