Is There a Difference Between the Parties? 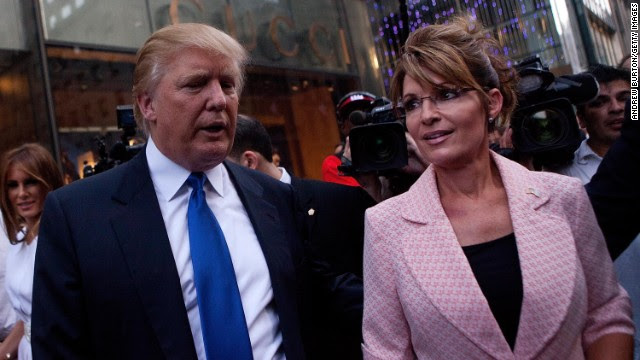 A reader asks why I am not a Republican.  Let me think about this....


"Given how many points I agree with you on, I was surprised that you vote Democrat. This causes some dissonance for me as I believe I am motivated by the greater good."

An interesting question.   But first, we should ask ourselves, is there really any difference between the two parties?   Other than style points, that is.

Both parties pander to the extremes in their ranks in order to "get out the vote."   The difference is, the GOP panders to a much more odious extreme.   Although both extremes, taken far enough, eventually merge.

But for the most part, an extreme leftist wants to force me to recycle.

An extreme rightist wants to hang me from a tree.

As for the rest of "politics" there isn't much difference, as exemplified by "Liberal" Obama pushing through a trade agreement that is lauded by... Republicans.

Economically speaking, there is little difference between right and left.    The right whines about welfare and all that, but then again, the farmers love food stamps, as does Walmart (where Hillary was on the board) and McDonald's.   As I pointed out in another posting, these forms of "welfare" are corporate welfare, as they subsidize wages and allow employers to pay less.

It is no coincidence that both Walmart and McDonald's, on their "employee" websites, suggest that employees apply for food stamps and other government swag.

Leftists argue we should pay a "fair wage" of $15 an hour.   If we did (and some cities are) then people would no longer qualify for food stamps, obamaphones, section-8 housing, etc.


One reason our economy is doing as well as it is, is that wage subsidies have allowed wages for unskilled labor to drop dramatically.  Even union wages are lower - paying today what they did in 1978.   As a result, our manufacturing costs are only slightly above that in China, and much less than Japan and Europe - which is why all the car makers in the world have plants in two countries (other than their own): US and China.

So, all this hue and cry about "welfare" by the Right is just a smokescreen.   I hear rednecks all the time saying "Obama gave all my money to those n****ers!" but in fact more white folks collect welfare than blacks, and of course, the redneck I am talking to doesn't pay any taxes at all (in terms of Federal income tax) but only medicare and social security taxes.  Oh, and the GOP wants to cut his Social Security to "save it" because it is "in danger."

The GOP has chosen to stoke the fires of hate, divisiveness, and fear as a means of getting elected.   And they use this to get poor people, who have nothing to be gained by tax cuts for the top brackets (or eliminating the estate tax) to vote for them.

There are other ways to get elected.

Or do you think Sarah Palin, Donald Trump, and Ted Cruz are examples of great GOP thinkers?

For example, today, the GOP is stoking the fires of FEAR by saying crazy things (in local newspapers) like "Baptist Ministers will be forced to perform gay marriages, or their church will lose its tax exemption!"   This is, of course, nonsense.   The Supreme Court decision allows for same-sex marriage, but does not mandate anyone (outside of the government) perform it.   The point of same-sex marriage is not to get the church to recognize the marriage, but the IRS and Social Security Administration to recognize it.

The GOP knows this, but stokes the fires of fear anyway.  And some nutjob, like the one in South Carolina will shoot up a gay bar before this is all over (as happened during the Olympics in Atlanta, when a lot of hate-language was being bandied about).   And yes, this is as irresponsible as the anti-police language being bandied about these days, which has resulted in assaults and murders of police officers.  Hate is hate, period.

The other thing that bothers me about the GOP is that they believe that check cashing stores, payday loan places, and other rip-offs of the poor are "legitimate businesses" that should not be regulated.

The first item on the agenda, if Bush is elected, is to wipe the new consumer protection agency off the face of the earth.

Imagine the gall of telling people they can't loan money at 300% interest!   Spoils all the fun!

And this is where the GOP has failed in recent years.   A friend of mine who was a staunch Bush supporter told me he voted for Obama - twice.   Why the big switcheroo?   Simply stated in two words:  Sarah Palin.    A guy with a Masters degree in economics (my friend) couldn't bring himself to vote for such an utter idiot.   And when he looked around and saw who else was running under the Republican banner, well, he got scared.  Very scared.

Sadly, this time around, we see the same old collection of racists and yahoos coming out of the closet to run.  And the longer the primary season is, the better it is for Hillary.   Every night, I am sure she prays that "The Donald" will run as an independent.

The Democrats, on the other hand, only have to worry that Bernie Sanders might say something too leftist.   But if he does, he'll use big words that the plebes won't understand anyway.

The leftists in the Democratic party think Hillary is "too conservative."   That's all the endorsement I need!
Newer Post Older Post Home