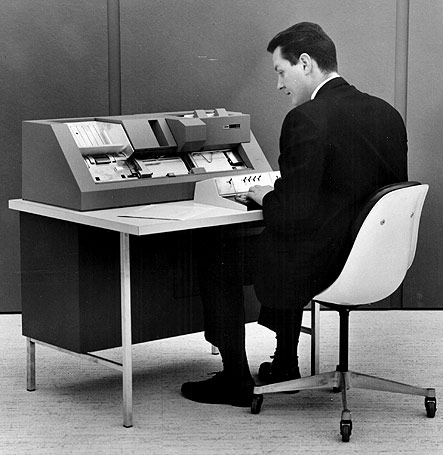 What happened to the bright future promised by technology?

We met a nice young man who was riding his bicycle across Canada.  A nice bike too, not some flimsy "road bike" that the Lance Armstrong wanna-bes ride, but rather a sturdy long-wheelbase bike with large tires and plenty of room for cargo - it looked like it could handle rough stuff.

He was from Boulder and in the tech field, working for software and computer companies, even a Patent Law firm at one time - before doing his own start-ups.   He was burned out on technology and yet looked to be little more than 35.   He confessed that he wanted to buy some land somewhere and start a bed and breakfast, which had us chuckling.  If he thought the 65-80 hours a week at the tech firm were bad, try running a bed and breakfast - or a small hotel.  Far more hours, for far less pay.

Two friends of ours from Washington who worked for The Very Big Computer Company decided to "chuck it all" and move out to Front Royal and open a bed and breakfast.  It lasted about five years, until I got an e-mail from them that The Very Big Computer Company made them an offer they couldn't refuse, and running a B&B and dealing with whiny members of the public sucked.  Not everyone is cut out to be Bob Newhart.

But I thought it was interesting that this young man was already burned out by the tech field, which today is not hardware or even software, but web-based technology.   We talked a while and I asked him how many old people were working at the companies he worked at.  Other than a few management types, of course, the answer was "none".   If you work at a tech firm - or a law firm for that matter - look around you and see how many 50-year-olds are working there.  Chances are, there are few.

Why is this? And what happens to people when they get older?  Are they turned into Soylent Green?  The answer to the first question is that you can get young people to work hard and long hours if you pay them what they think is a King's Ransom and give them an impressive sounding job title.   Mark fell for this in the retail world, being made a "manager" and expected to put in 70 hours a week - for less money per hour than the cashiers made.

The same is true in the tech world and the law business.  Get those 20-somethings in the cubicle, give them an impressive-sounding job title and more money that they have ever made before (which ain't much) and then work them to death.   They will make a lot of money for you, and when they get older and wise up, you can replace them with a new 20-something.

What happens to the older people?  Well, like my 30-something friend, they burn out.   It is hard to work at that level for more than a decade or so before your brain gets tired.   I know this firsthand.  I used to be a hot-shot Patent Attorney, and this stuff came so easily.  As you get older, it becomes more of a chore - and less enjoyable.  We all find something else to do, eventually.

It was funny, but this young man worked in Manhattan at one time, and then in trendy Boulder, Colorado.  He said the atmosphere was the same, with different indicia.  In Manhattan, people judged you by how much money you made or your job title.  In Boulder, people judged you by how many hours you spent at the gym and how fit you were.   He said it was the same level of competition, just with different goals in mind.  In both cases, people were working long hours, but had different goals.  Probably fitness is better than money, but striving to impress others is a pointless game no matter what the goals are.

I felt kind of sad for this guy, who obviously had the world at his feet.  After all, at age 30-whatever, he had a couple of months of free time to bike across Canada.   And he had some money stashed away, to be sure.  On a planetary scale, he was in the top 1%, perhaps the top 0.1%.   And yet he was unhappy with his path in life.

I soured on the tech thing long ago.  When you are young, it is cool to see all this neat technological stuff come to fruition and be a part of it, at least in some small way.  But over time, it seems that tech is more about making money off of people than in providing technology to improve lives.  It becomes more and more of a "fuck you" deal, the further it goes along - for the inventors, the employees, and the customers.   We have all this fancy stuff, and it doesn't seem to enhance our lives, but actually detract, in real terms, and monetarily as well.

And it doesn't matter how hard you work in tech.  To become successful, you have to get lucky and then be ruthless.  Bill Gates didn't invent DOS or Windows, but was in the right place at the right time to sign a lucrative licensing deal with IBM.   And then he ruthlessly monopolized the PC market with an inferior operating system.

Mark Zuckerstein isn't some genius of the Internet, but rather got lucky in that "The Facebook" (which the Winkelvoss twins claim they invented - they are a piece of work in themselves) became popular and eclipsed MySpace, Second Life, and Friendster, who came before and failed.

You can code your brains out and come up with "the next big thing" but whether you become a Silicon Valley Billionaire depends more on luck than anything else.  Luck, and ruthlessness.

And a lot of the products being sold as "tech" these days are little more than exploitation of people's obsessive-compulsive weaknesses.  Freemium games like "Farmville" or "Candy Crush" don't provide people with entertainment, but rather exploit their tendency to do things repetatively.   Facebook is little better - turning people into drones who no longer experience life but rather merely try to capture it for Facebook postings.

And don't get me started on smart phones - they are the spawn of Satan himself.

Now granted, perhaps part of this is the grumblings of a 50-something who learned to program FORTRAN on punch cards.   My elders said the same things about the personal computer, back in 1975 when "home computer" experimenters built their own PC's and shared BASIC programs in BYTE magazine.   What would people need computers in their home for?  Where will this madness end?

But perhaps the problem isn't tech itself, but the way greed has infiltrated the business, staring with the "Angel Investors" and the "Vulture Capitalists" who turn these great ideas into utter exploitation - and thus ruin the party for everyone.

I guess you can't blame them on one level.  Everyone wants all this tech stuff, but doesn't want to pay for it.   The business models of most of these companies is very profit-poor.  In order to exploit this technology, they have to exploit people - on every level - just to break even.   And based on the track record of most of these companies, breaking even is not in the cards.  Even "successful" companies like Facebook, have to constantly find new ways to generate revenue from running a website - a tricky business if there ever was one.

So maybe it is the nature of the beast - or the nature of mankind.   Either way, I am kind of tired of "the latest and greatest thing" that you can download on your smart phone or Google glass.   Maybe I am a techno-luddite, but I still think that people today are wasting memory, bandwidth, and hard drive space on a lot of useless fru-fru.

Technology should be people-driven, not profit-driven.   The promise of the "Personal Computer" was that it would liberate us all from the tyranny of IBM.   The sad reality is that we traded one harsh taskmaster for a host of others.