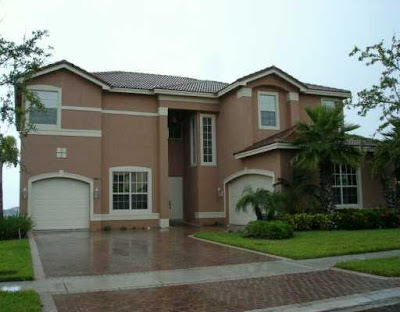 Good news for Millennials - your grandparents are dying!

A recent article in the Wall Street Journal - a Murdock publication and prone to clickbait journalism these days - argues that enormous homes are sitting on the market for a long, long time because aging baby boomers build them as retirement homes and are now forced to sell them as they reach their 70's and 80's.  Young Millennials can't afford to buy them, moreover they are in locations where younger people don't want to live, such as retirement communities.

I've said before that when the baby boomers die out, you'll see a plethora of used motorhomes, yachts, and whatnot for sale for cheap.  Once you get to be a certain age, you can't use these things and maintaining them gets harder and harder to do, so you end up getting rid of them.  And the same goes for monster houses.

But if you read the article carefully, I think something else is also at work here.  Many of the people profiled in the article are selling their houses only a few scant years after building them.  It's not so much that these people are getting old and can't keep up a large house, as they built or bought more house than they can afford and it takes several years for this effect to deteriorate your finances to the point where you realize you made a financial mistake.

It is possible to buy more house than you can afford, and yet it may take years, or even a decade, before you realize you can't afford it.   Your credit card debt slowly increases over time, as you don't have enough cash to cover your daily living expenses.   And with the credit industry the way it is, they will increase your credit limits again and again - or offer you 0% interest balance transfers to new cards - provided you are current on your bills.   This can go on for years until one day, you are late on a bill, and the whole thing caves in.

For this reason, building a monster home in retirement - and getting a mortgage to do it - is just madness.   For our generation, it just isn't in the cards.  Since we don't have pensions, we have no income stream to qualify for a mortgage anyway.   It's pay cash or do without, for us.   And that's one reason why my generation (the tail-end of the baby boom and the beginning of whatever) simply cannot afford to buy these monster homes.

It is true that when you get older it gets harder and harder to keep up a house, even if you can afford to hire a yard service and a maid.  Too many rooms becomes too much to clean and multi-level houses can be particularly problematic if you are no longer ambulatory.  And living on retirement island, I see this firsthand.  In the early years of retirement, the couple obsess about "house polishing" - doing chores around the house until the lawn is perfect and every room is tidy and neat.  You remember Grandma's house - not a thing out of place.   Whereas your house has laundry on the floor.

The problem is exacerbated, as I can personally attest to, by the fact that when you get older your abilities don't taper off in a linear manner, but rather suffer from a number of abrupt shifts. You go along for a while feeling fine and everything's great.  Then, you have some sort of what will be many small health crisis, which you likely recover from (except the last one, of course) but now your abilities have taken noticeable hit, rather suddenly.

One day you're mowing three acres of lawn and keeping a five bedroom house clean, and the next day it's all too much to do, particularly after something like a stroke, heart attack, or major operation. And this is why it's important to plan in advance, and reduce maintenance chores as you age.   It's better to plan in advance, than to try to be selling off your monster home once you've already had your stroke.  The latter is far more common, however.

In a typical scenario, the husband (who is generally older and doesn't live as long) has some sort of medical issue.   It could be a knee or hip problem, stroke, heart condition, dementia, or whatever.   He loses his energy and doesn't keep up the house as before.   Little things start to deteriorate, over time.  In a few years, the house starts to look ratty.  The wife, having to care for the husband more (and having issues of her own) starts to neglect the house as well.

Another medical crises is at hand.  They overcome this, but when they arrive home, they realize there is a stack of magazines in the living room, laundry spread out in the laundry, and floors that need vacuuming.  And the shrubs are now growing over the house, the sprinkler system is broken, and the trim needs painting - again.

They decide now to sell the house, but of course, it is now in poor condition for resale.   It doesn't show well, even after many small problems are repaired, and as "motivated sellers" they have to accept a lower price as a result.

And in some instances, if they wait too long, these choices of having to move and where to move to, are made for them by others, either their relatives (e.g., children) or by the authorities.

It is tempting, in retirement, to buy the "look at me!" house or "look at me!" motorhome or yacht.  After all, you have all this money and it is time you are "rewarded" for a lifetime of hard work, right?  The problem is, these are toys of much richer people than you and I, even if we can "afford" the monthly payments (for a while, anyway).   The really rich have a crew on their yachts, who wash and wax it daily.  The upper-middle-class pretend rich have to do all that work themselves, which might be possible when you are in your 50's, but gets progressively harder as you age.

Look around any marina, and see what happens to boats owned by older people.  I mentioned before an older man on oxygen watching the repowering of his older boat - which had sat in storage for at least five years without going into the water.   He wasn't repowering it to sell it, either.  When I asked him why he bothered keeping a boat in storage and never using it, he replied, "Pride of ownership!"

At age 45, I decided that "pride of ownership" wasn't worth $600 a month in storage fees, plus insurance, taxes, maintenance, and fuel.    And I was actually using my boat, too.   But I realized that I was using it less and less, and I didn't want to end up like that guy, going back to the marina and realizing that I hadn't used the boat in over a year, but had paid $7000 in storage fees in the interim.   We sold the boat.   Maybe someday we'll get another - probably not likely, unless it is a runabout or a party barge or something that could be more easily maintained by an oldster.

And the same is true for houses.  The very rich can afford a mansion and servants to keep it clean and maintained.  The pretend rich buy a poorly made mini-mansion and exhaust themselves keeping it up, or exhaust their checking account paying someone else to keep it up.

In the Journal article, it was mentioned that several of the homes were approaching 15 years old.   That is a problem time for any home - the time when all the appliances will shortly fail, the roof will need replacing, and the entire thing is outdated in terms of style and colors.   And yes, we see this a lot here on retirement island - houses for sale by owners looking to downsize, but the houses are horribly outdated and needing work.

Our own house was gutted and remodeled about 15 years ago, and we are seeing the appliances slowly going downhill (the microwave and dishwasher are in a race to see who goes to the curb first!).   As a relatively "young" person at age 59, I can handle some of this stuff.  But it gets harder every freaking day.   If we plan on staying here, it is not too big an issue - we can keep up the place.  But I don't want to be, again, that guy, trying to sell a run-down and outdated house at a time not of my choosing, as a "motivated seller".

So we are already planning and looking for "the next place" which hopefully is on one level, is smaller, and has a lot less maintenance involved.  An apartment or condo where someone else mows the lawn, and trims the shrubs, or whatever.   We haven't found it yet, although there is a "condo hotel" here on the island which offers some interesting possibilities.   Since we leave for part of the year, the unit could be rented out when we are not around.   Since our condo in Virginia is slated for demolition, it may make a convenient Starker deferred exchange, which would avoid those pesky capital gains taxes (which would kick us out of Obamacare).    Since it is maintained by the hotel, we would have less hassle in administering it (finding tenants, etc.).

We'll see.   I think the Journal article makes some good points - the monster retirement homes built in the last decade were "affordable" to a baby-boomer generation with generous retirement pensions in an era of low-cost mortgages.  But our generation - except for the very, very rich - aren't going to shell out $3M on a retirement home, if indeed they have even half that amount saved up for their retirement.

It just isn't in the cards.

UPDATE:  A reader (who regularly trolls me) opines that there is "no point" in saving money and living in a smaller house, only to retire and.... live in a smaller house!   Might as well kill yourself!  (no really, he said this).

Here's the deal:  There is a whole lot more to life than OWNING SHIT.   And I say this as someone who has owned his fair share of shit in life - houses, cars, boats, RVs, motorcycles and whatnot.   In every instance, it turns out that what you do in life is far, far more important than what you do it with.  Going on a motorcycle trip in a brand-new $20,000 Harley might be fun, but doing the same thing in an older bike you fixed up yourself is just as fun - maybe more.  Less stress about finances or scratching that new paint, to be sure!    Doing things takes talent.  Buying things does not.

We had more fun with our first boat (which we polished and worked on and fixed up) that we paid $6000 for.   A decade later, we pay ten times that amount for a "new" boat that was nothing but trouble.  It is a lesson I've learned again and again in life.  Oftentimes, less is more.

The couple who built a "look at me!" mansion in the Blue Ridge are now in financial difficulty.  If they had built a more simple and rustic (and more comfortable) cabin, they likely would still be living there and having fun - and not scrubbing floors or looking at a bleak financial future.  Expensive stuff costs a lot to buy - and maintain.  The taxes alone can force you to sell a fancy house.

Ironically, the folks who do kill themselves tend not to be the ones who lead simple lives, but the ones who "want it all" and then give up on life when they lose it.  Which is stupid.  When you judge your life in terms of money, it will always come up short, because a life judged by dollar signs is a shallow life.

"Having it all" often means having nothing.   Living better on less - well, that's the point of this blog!
Newer Post Older Post Home