Boeing and the Trump Economy 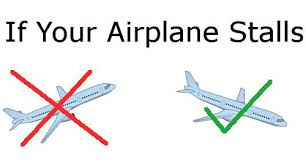 When you're in a stall, pulling back on the stick might gain you a few feet of altitude but inevitably causes the plane to crash.

Boeing is in a lot of hot water lately because of a system they installed on the new 737 Max to prevent the plane from crashing ended up causing the plane to do just that.

Angle of attack sensors and indicators are well-known in the experimental aviation community. There's a company selling them in the back pages of EAA's Experimenter, lauding them as the latest advances in aviation safety.  Aircraft such as the Icon A5 incorporated the angle-of- attack sensor into the instrument panel - that didn't prevent the plane from crashing, however.  Simply stated, the angle-of-attack sensor measures the plane's angle of attack relative to the airstream.  They can do this using a weather vane type of indicator or by measuring the differential pressure from the top and bottom of the wing.

An angle of attack indicator instrument can be very useful to a pilot in determining whether a stall is imminent and thus helping them prevent a stall.  Boeing's problem was that they tied this indicator into the aircraft control system so that it would automatically push the nose down if it felt the stall was imminent.  Of course, if the sensor goes berserk, it could drive the plane right into the ground, as apparently happened in the two recent crashes.

The situation is even more complex than that.  Boeing didn't want to have to retrain pilots for the new generation 737.  Unfortunately the new high-efficiency engines changed the center of gravity of the plane and thus the plane's handling characteristics - which under ordinary circumstances would require a retraining of pilots, which is expensive for airlines.  So they installed the sensor and claimed the plane was identical in handling characteristics to its prior generation cousins.  However they didn't tell the pilots about the presence of this new control system and some of the optional safety features - which would have indicated when the system was running amok  - were offered as extra cost options.  Pilots should have been retrained on the new system even if it cost airlines more.   And the safety indicators should have been made standard.

This is not an engineering problem for Boeing, but a public relations one.  So far it, seems Boeing has remained silent on the matter, although it is taking steps to improve the planes by adding the safety fault indicators.  They also need to retrain the pilots and also publicly apologize for the error.  It seems instead of addressing the problem and taking responsibility for it, they were trying to stonewall the matter and use their political connections to have the plane declared safe.  Of course, that  horribly backfired.  And now I'm really glad I sold all my airline stocks and my Boeing stock last year.  Boeing was on a tear for a while there, and when a stock is on a tear, it has only one direction to go - down.

Despite all the safety systems that are present in aircraft today, pilot error is still the number one cause of accidents. What usually ends up happening is the aircraft is stalled by the pilot.  So aircraft manufacturers, including Boeing and Airbus, have tried to install the systems to prevent aircraft stalls. You may recall an Air France flight from South America to Europe which crashed in the Atlantic and wasn't found for at least a year.  When the black boxes were finally dug up it was found that the pilot had stalled the airplane, pulling back on the stick instead of pushing forward to gain airspeed.

In the movies, you see all the time when the airplane is about to crash, the hero grabs the control yoke and pulls back on it saying  "climb, baby, climb!"   Of course, in real life this is the opposite of what you want to do if an airplane to stalling.  What an airplane needs most is both altitude and speed.  The higher you are and the faster you're going, up to a point, the better off you are.  When the plane slows down, it stops flying and stalls.  If you push the nose over you'll gain speed and the wings will once again provide lift.

Yet, even experienced pilots fail to realize this, or they instinctively pull back on the stick or the control yoke hoping that the plane will climb.  And that's one reason why Boeing and Airbus have put these elaborate systems in airplanes to protect pilots from their own instincts.

The problem is, if you pull back on the stick, the airplane might nose up a few degrees and even climb a few feet, at least initially.  But you do this at the expense of air speed and once you lose more air speed, the plane then goes into an unrecoverable stall and crashes.

The Trump Administration seems to be doing the same thing with our economy - goosing it a little bit here and there to try to prime the pump and make it appear as we are more prosperous than we are. Warning signs are all over the place that a recession is imminent, yet at the same time our economy is going gangbusters, interest rates and inflation are at record lows, and unemployment is also at a record-low.

Things are going great, right?  Well they were going great on that Air France flight, right before the pilot stalled it, too.   I think what we are seeing today is that Donald Trump is trying to goose the economy to keep it going for another year or two, so he can get re-elected.  Once that happens he doesn't really care - as he has noted before, he'll be out of office by the time everything blows up.  No, really, he actually said this.

First it was the tax overhaul bill, which boosted the economy over the last year.  Of course, the one-time boost to the economy wore off rather quickly, just as those little white pills keep you awake for only so long.  In 2018, we saw a huge gain in the stock market and in the waning days of that year, a huge loss.  I don't know about you, but my portfolio ended up ending in 2018 almost equal to what it was when it started.  Some big boost, that tax bill.

So these one-time effects goose the economy, but only last for so long, and the long-term effects are arguably very harmful.  We got a one-time shot in the arm, but the long-term effect is cutting off that very same arm.  The tax bill ended up increasing the deficit and long-term debt of the country.  These things will come back to haunt us in a few years.  But in the meantime, we can continue to pretend the party is still going on.

The latest gag Trump is using to try to goose the economy is to lower interest rates by going back to the treasury's practice of buying back bonds.  Mortgage rates once again dropped and this makes housing more affordable, which will keep the housing game going a few months or maybe a year longer.   A few more saps are buying at the height of the market, only to find their dreams dashed maybe a year or two from now.

And that's the key to this goosing technique. Trump wants to keep the economy going at least until the fall of 2020 so he can get re-elected.  What happens after 2020 he really doesn't care about.  And again, the short-term boost from lowering interest rates will come back to hurt us in the long run.

As our economy enters a stall, instead of pushing down on the stick and gaining airspeed to keep our nation from crashing, Trump is instead pulling back on the stick, just to get a few hundred more feet of altitude for a short period of time, before the inevitable crash.

This is nothing short of stunt financing and stunt economics - tricks and gags which are used to make it appear we are becoming wealthier, when fact we are not.   And if you look at the history of Trump's personal finances, we see what the same pattern - robbing Peter to pay Paul, getting one enterprise or to fund another, or defaulting on loans and letting others take the fall.

Unfortunately, in this case, the others taking the fall this time around are the citizens of the United  States.
Newer Post Older Post Home