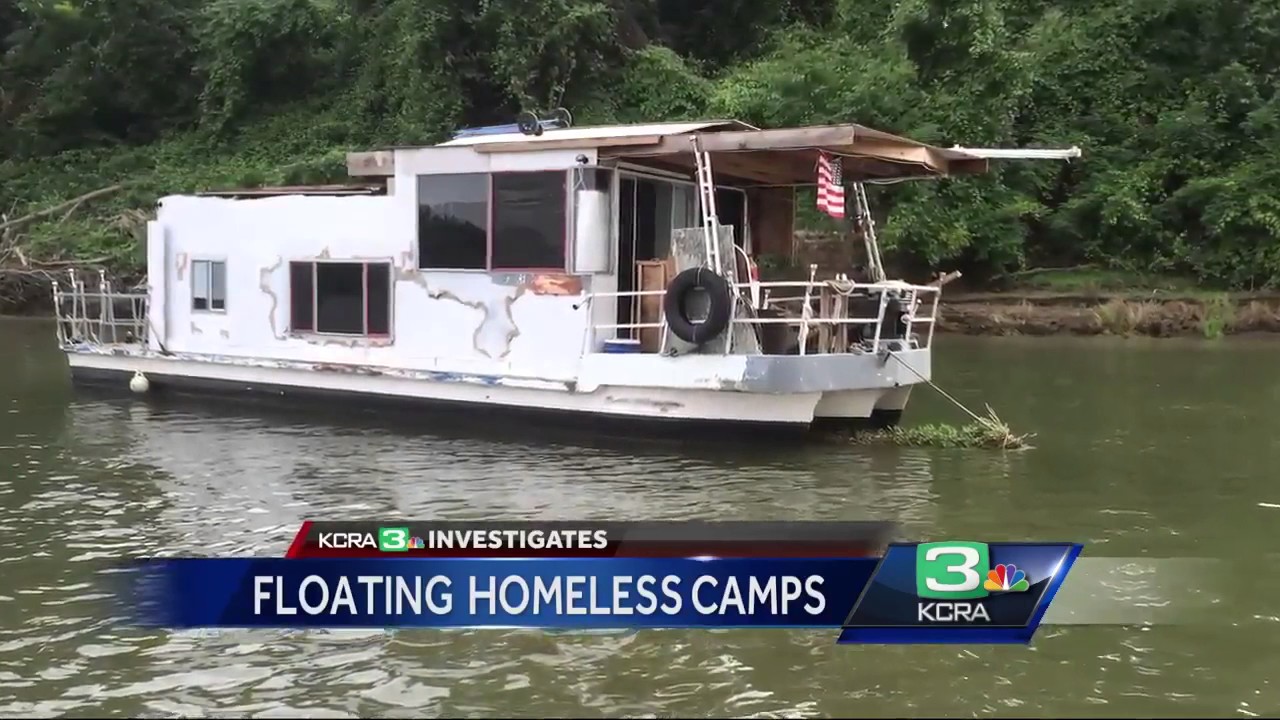 What makes one sink to the level of living in a car or on a broken sailboat with no toilet?


I've written before about feral cats and dogs.  I've written before about homeless young people.  The real tragedy about these kids - in their 20's and early 30's is that they are capable of earning a living and living a normal life, but choose instead to live on the streets, begging for money and doing drugs.   One day they will wake up and wonder where their life went.

Key West is an interesting place - one that changes rapidly, too.   Some things never change - the Schooner Wharf bar and Michael McCloud (now in his 70's), B.O.'s fish wagon, or the El Siboney restaurant.  But the rest gets more and more gentrified and Disneyfied every passing year.   It just ain't the same since the cruise ships arrived, grouse the "locals" who are local by dint of living here for three years (I kid you not, I heard a bartender say that about himself).

But homeless bums are also a constant here - as in any resort town where the begging is good and the thieving ain't bad, either.  And for the most part, it is the same old story.  Yes, there are some grizzled oldsters who have resigned themselves to a life of alcoholism and just don't care anymore.  We saw one, once, trying to get on his bicycle.  He was so drunk, he could not throw his leg over the bike, so he went down the street with one foot on one pedal, trying again and again to throw the other leg over.   In this manner, he made it to the bar, never actually mounting his steed.

Others are not as far along in the lifestyle.  Again, these are younger people who do have opportunities in life - who do not seem to be insane or heroin addicts or anything.  They have just fallen into a lifestyle that is convenient and seems like an adventure - like kids who hop trains these days for the excitement of it all.

We see these folks and overhear some of their conversations - things along the lines of places where you can sleep in your car (a good thing to know, I guess).   Many others here buy old boats that are decrepit and on the verge of sinking and then live on them.  We are not talking yachts here, but rather things like a 21-foot sailboat with no toilet or kitchen - just a cabin with a place to throw a sleeping bag.   How they live in the summer here with no air conditioning is beyond me.   What they do to keep busy all day is also a good question.   "Hanging Out" and begging for money seem to be the two biggest time-killers.

And that is the shame of it all - they are 20-something years old and "running out the clock" with random diversions - something that maybe a 70-something might do.   But at age 25?   There is so much more to life than sleeping in your car or living on a sinking fiberglass boat.

And like the fellows discussing primo places to sleep in your car overnight, these young folks trade tricks and tips, often online, on how to "beat the system" by living in an abandoned house, a dilapidated boat, or in your car - as if somehow they were "winning" at life by being bums.  It is very sad.

But in addition to drug use, are mental health issues, and in that regard, some of this becomes more clear.   We lost "Stobe the Hobo" last year when he was hit by a train.   We used to enjoy watching his videos on YouTube.  From his obituaries and memorials online, it appears he was in the Coast Guard once, so he clearly was capable of making a living.  He was also a talented piano player, playing the background music in most of his videos.   For some reason, in his later years, he decided that riding the rails was what he wanted to do, in a perpetual search for cheap beer and fried chicken.   He had sort of a deadpan delivery and perhaps had Asperger's or some mental health issue - or just plain old alcoholism.  But even in his transient lifestyle, he was able to assemble some compelling videos for his YouTube channel.

But he didn't start out as a hobo, and he wasn't a bum.  He didn't sit around on sidewalks with some cardboard sign of lies about being evicted or a combat vet or whatever.   He did his own thing and didn't take away from everyone else.  RIP Stobie!

These "homeless" people in resort towns, on the other hand, aggressively attack tourists and demand money.  Or they wait for people to exit bars, drunk, knowing they will fork over some cash (and maybe drop their wallets).   And if you need a bicycle, well, there's one to be "found" in one place or another.   And if it needs a new wheel, well, you can "find" one of those, too, from someone else's padlocked bike.   Ditto for kayaks and canoes (to get to your derelict boat).   Pretty neat lifestyle for them - not so much for the rest of us.

By the way, where do you think those kids are going to the bathroom on those old derelict boats?  They ain't doing no pump-out at the marina.  It's over-the-side or poop-in-a-bucket (which goes over the side as well).   How environmentally correct!

But like I said, the real tragedy isn't the inconvenience to the rest of us (urine and fecal matter on the sidewalks, being accosted by smelly, drunk, angry bums demanding money, bums stealing our shit that isn't nailed down, people using social services instead of getting jobs - and so on and so forth).   No, the real tragedy is that these kids have chosen a "lifestyle" at age 25 that has nowhere to go but down from there.    I mean, that is just tragic that your peak in life is being a bum at age 25 and it gets worse from there.

While drug abuse and mental health issues are a large part of this problem, there are a number of these so-called homeless youth who are doing this as as social statement or as a form of "adventure".   I recounted before about a friend's daughter who ran away from home at age 14, living on the streets, sleeping under culverts or in flophouses.  To her, it seemed like a grand adventure - survival sex, drugs, and partying all day long.   What's not to like?  Beats Mrs. Beasley's 3rd period history class by a long shot!

And I think a number of these kids are playing at being homeless as a fun lark that is better - in their minds - than "selling out to the man!" and getting jobs and buying a car and having a house and all that other "bourgeois" stuff.  I say this as my own brother tried that tack - living in an unheated bar in Vermont as part of an artistic commune for a decade or more.   But even he wised up over time and now has a nice cushy job at a university - hopefully with a nice pension as well.   Hey, he might be a stinking hippie commie, but I don't want him to starve, right?  He'd then be on the government dole and we'd all have to pay for him.

And no doubt, some of these kids will pull out of the nosedive and wake up one day and realize that their friends "Sunshine" and "Ketchup" were going nowhere in a real hurry.   My friend's 14-year-old daughter did, although it took the better part of a decade for her to figure out that having is better than wanting and it is not a crime or evil to have nice things in life - or just take care of yourself.

But others, they might not get the message.   My late sister, for example, embraced all this 1960's hippie nonsense, and married someone far below her station in life, just to "prove a point" to my parents, who were grooming her to be an executive's wife.  Now, granted, one shouldn't feel obligated to follow their parents' plans for their life.  But to intentionally sabotage your own life to "get even" with Mom and Dad is just ridiculous.   And people do that, odd as it may sound.  And I wonder if that is what some of these homeless youngsters are up to.

There isn't, of course, much you or I can do about this.  Like with AA or any other 12-step program, people have to hit their own bottom before they decide they want to change - as happened with me.  One thing not to do, is to hand money to one of these folks, thinking you are "helping" them, as all you are doing is perpetuating their bum lifestyle.   When you make it easier to be a bum, well, people have no incentive not to be a bum - and others have an incentive to join.

I think also, too, we can contribute by not romanticizing the lifestyle - buying into ideas that some kid living in his car in a tourist town and begging for drug money with a cardboard sign is some sort of "folk hero" who is "sticking it to the man" or "beating the system" or whatever.   When you hear this kind of talk, quietly shout it down for the nonsense that it is.

But not much else has stayed the same in Key West over the last 30 years or so.  They used to have a feral cat problem here, so they neutered the feral cats.   Now there are a lot fewer cats around, but an awful lot of chickens and annoying roosters ("Cock-a-Doodle-Do! - how original).   The cats kept the chickens in check, and when removed from the ecosystem, the chickens (also introduced by man) took over.   Funny how that works, eh?