P.T. Barnum - How To Make Money 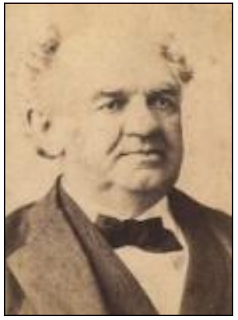 Maybe he wasn't the huckster we thought he was...

The name "P.T. Barnum" has become shorthand in modern America for hucksterism and hype and shady dealing.  He was supposedly famous for saying "There's a sucker born every minute!" - referring to the customers of his sideshows and circuses.  Or did he mean something else?

A reader send me a link to this article he wrote, about how to make money.  And surprisingly it isn't about how to fleece the "suckers" but how to spend a penny less than you make, avoid borrowing money, and to stop spending on stupid status items.  In other words, pretty basic practical advice - much of what I have had to learn the hard way in the decade or so since I started this blog.

In a way, I was disappointed in part, because I thought he would be writing about how to fleece the plebes and get them to come back to the well again and again, handing over their money with their blubbering thanks.   Instead, I get "a penny saved is a penny earned" kind of stuff.  This is not the P.T. Barnum I was raised to believe in!

So, I thought I would write something along the lines of what the myth of P.T. Barnum might say today...

It isn't hard to make a ton of money in America, provided you have no scruples or morals and don't feel uncomfortable about exploiting your fellow man.  It isn't hard to do, as your fellow man is a blithering idiot, driven by fear and greed and the insane need for status and conformity.  Target these weaknesses and you can profit wildly.

What do I mean by this?  Well it has so many applications.

For example, you want to sell a product and make money.  A fool would say, "I will sell an honest product which is an honest value, at a modest profit margin.  People will see it is a good value and it will spread by word-of-mouth and I will become successful in the marketplace!"

It is possible to sell products that way, but the margins are thin and as such, you are at the mercy of the vagaries of the marketplace and could go out of business on a moment's notice.  And it is the guy selling shiny overpriced pieces of crap who will likely bankrupt you.

On the other hand, if you appeal to the fear, greed, and vanity of people, you can sell your product for enormous profits - and sell them newer products again and again - as people desperately want to "fit in" and be known as having the latest and greatest and most popular product, even if is less useful than competing products and wildly overpriced. This is the business model of Apple, which sells Apple logos with second-rate phones attached to them.  You sell status, with a product attached.  People are afraid of being seen as "different" or worse yet, poor and they will flock to your store.

It also helps to advertise - heavily (and oddly enough, Barnum does suggest this!).  Saturate the airwaves with promotions for your product, or better yet, get trendy celebrities to endorse them or have them just casually mentioned or shown in movies and television shows.  Once you create the impression that it is "normal" to drive a 5,000-lb SUV to work by yourself, people will pay tens of thousands of dollars for the privilege of owning one - maybe even $100,000 or more!  Selling a practical sedan has razor-thin margins and the competition in that sector is fierce.

But suppose you are not in the business of making and selling things.  Well, then, you can sell people ideas as well. And today, thanks for a vibrant "retail" investment market, you can sell people ideas about investments and make out like a bandit.  You can take a ho-hum company and hype the stock price through the stratosphere using social media.  Once the price goes up, "Fear of Missing Out" or FOMO kicks in (remember what I said about Fear?) and more plebes will buy in, thus validating the price rise even further.  You can keep this going for years and years, until your perfectly legal Ponzi scheme peters out - but by then, you've cashed out.

And you don't even need a stock to do this - Bitcoin and other "crypto" have illustrated that you can get people to "invest" in nothing whatsoever other than the idea of investment.   If someone questions the premise of it all, you just mock them online as being "clueless" and "not getting it" - without saying exactly what "it" is - other than some buzzwords and happy-talk. People will be frightened to question you ever again.  Again, you can keep this going on for years before it all falls apart - but by then, you've moved on to something else.

And so on and so forth.  You make more money selling people "luxury" homes that cost a fortune to buy and a fortune to maintain - in terms of repairs, heating, cooling, taxes, and insurance.  The plebes will bankrupt themselves (literally - see the meltdown of 2008) to have fancy appliances and stone countertops, just so they can impress people they don't even know.   They are so insecure that they cannot make judgments by themselves, but nervously look around them to see what the rest of the herd is doing, and then monkey-see, monkey-do, replicate that behavior, even if it is self-destructive (See, e.g., smoking).

And don't forget greed!  Greed sells investments, to be sure, but also the idea of getting "something for nothing" by telling them if they buy one, they will get one for "free" or that somehow they can pull the wool over the eyes of a savvy car dealer.  If you carefully balance these levers of fear and greed, you can motivate a sucker from both sides of his brain - pretty soon, he won't be thinking at all, but just devolve into a jumble of emotional reactions to stimuli.

The list goes on and on.  No matter what kind of business you are in - or scam or con - the key thing is to remember that people are fundamentally idiots and idiots are easy to fleece.  You want to get elected to enact tax cuts for your wealthy friends, for example.  How do you so this in a Democratic society where such tax cuts would never benefit the majority of society?  Simple, you make them afraid of something.  Immigrants, liberals, minorities, crime, whatever.  Find a bogeyman and use fear to your advantage and they will march in your parade.  They may even usurp Democracy for you!  It has been shown, time and time again, that when you give primitive peoples the right to vote, the first thing they vote for is to abolish the right to vote.  It's like shooting fish in a barrel.

You are only limited by your own imagination - something the plebes are definitely lacking.  Take fear for example - people are afraid of the weirdest things. For example, men are afraid that they will be perceived as "sissies" - so you can sell them a plethora of crapola on the basis that "manly men" go for such things.  This includes politics!  Women are even worse and are little more than bundles of fear - they live in absolute terror about their appearance.  And oddly enough, they are not afraid as to how men perceive them, but other women (men, after all, are interested in only one thing, right?).

Of course, this does require that you check your empathy at the door. You can't exploit people and care about them at the same time.  You can't be "nice" to people when you are trying to rope them into an onerous car "lease" deal.  You have to smile and act like it's normal for a young couple to spend half their take-home pay on a mortgage on a mini-mansion that will eventually force them into foreclosure.

Sure, you can still make money and have a conscience - but you won't make nearly as much.  You'll be one of those clueless "plebes" working at a "job" for a "salary" and wondering what your next "big ticket" purchase will be - desperately monitoring your credit score so you can figure out how much the banks will lend  you this month - if you are lucky!

OK, well maybe I am being a bit sarcastic.  Or maybe not.  I noted before how I met a nice couple who owned a chain of check-cashing and payday loan stores.  They did not feel they were doing anything "wrong" and I am sure they went to church every Sunday and prayed to the same God as the rest of us, and felt they were Christian people (or fill-in-the-blank of whatever religion claims to be right).  They conveniently forget the part in the Bible where Jesus kicks the money-lenders out of the temple.

That right there is why so many on the "Right" get upset when Democrats start talking about regulation reform of the financial sector or establishing consumer protection agencies.  It sort of cuts in to what they consider "legitimate" businesses - exploiting their fellow man.  In fact, many use religion to bootstrap this - in their own minds. They devolve religion into "God likes me best, because I am faithful, ergo, anything I do which results in success has the blessing of God!"

I think, deep down, they really don't believe this, which is why they are so defensive all the time - fear of being called out as a phony.  But it is a way to salve the cognitive dissonance in their own brains.  After all, they would not want their own children - or relatives - to be victimized by con artists.  But it's OK for them to victimize others - particularly if you can view the "others" as somehow less than human (and yes, race plays into this, as well as economic status).

P.T. Barnum was, I think, misunderstood.  After all, he never actually stole money from anyone, but provided entertainment services for people in exchange for money.  If he promised "The Greatest Show on Earth!" he delivered it.  If he promised a freak show - he delivered it.   Maybe he used hucksterism and promotion to get the plebes in the door, but he never failed to deliver value for the dollar - hence the people coming back year after year, whenever the circus was in town.

Today, traditional circuses are on the decline - a victim of animal-rights concerns as well as the rising costs of running a circus.  Sure, we have "Cirque du Soliel" but it isn't the same as a line of marching elephants and whip-bearing lion tamers.  It's just a stage show with acrobats and music.  The real circus today is in the world of commerce - where anything goes and it's a thrill-a-minute.

And definitely a freak show!