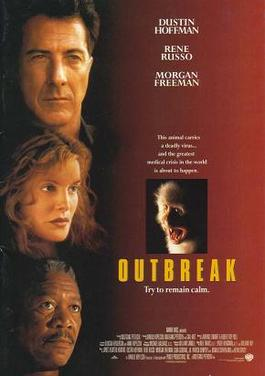 International air travel has allowed diseases to spread like wildfire.

Long before there was Covid - and now the monkey pox - and before even ebola and swine flu and bird flu and Asian flu or whatever, we had a pandemic of sorts with the spread of the HIV virus.  No one is really sure who "patient zero" was, although there was speculation it was spread from animals to humans when someone contracted it from monkeys.  How, I do not know.

But it is also speculated that that person - or a person who had sexual contact with that person and so on - had sex with a flight attendant, who then traveled the world inadvertently spreading the virus with hookups in various cities.

In the 1970's, promiscuous sex was quite common, and mostly unprotected.  No one thought that an STD would turn deadly.  So in short order, the HIV virus spread like wildfire across the world, exposing to the general public for the first time the extent of homosexual behavior on the planet (as well as intervenous drug use).

It was a wake-up call, but most people hit the "snooze" button because they thought that only "other people" would get HIV as it was pretty hard to get compared to say, Covid.   So we ignored a pandemic because it was contained - or so we thought.  And life went on as before.

About that time a movie came out called "Outbreak" and I recall watching it on a plane.  There was a scene in the movie in which an infected man is on an airplane and they are handing out cookies and milk, which United used to back when airlines were airlines and seats were more than 12" apart.  The infected man takes a bite of the cookie and sets it down.  A curious child tries to snatch the cookie, and we are all on the edge of our seats until the kid's Mom grabs him and pulls him back.

Just then, on the real airplane I was on, the flight attendant comes up behind me and says, "Would you like a milk and cookie?"  I think she did that on purpose.

The movie illustrated what we had already known - that international air travel, which spread dramatically from the 1970s onward, was capable of spreading diseases worldwide in a matter of days, if not hours.

Prior to that time, air travel was largely limited to the very wealthy, business travelers, and the like.  Today, well, they let just anyone on board, and low, low fares attracted a lot of new customers to air travel over the years.  Jumbo jets could fly you across the Atlantic for $99 or so.

The jet airplane put the ocean liner out of business.  Travel by ocean liner took days to reach a destination.  Oftentimes, if someone contracted a disease, it would manifest itself before the ship reached shore.  Medical professionals would board the ship before it docked to see if anyone needed to be quarantined, or indeed, whether the entire ship was a "plague ship."

With airplanes, no such restrictions are required.

Of course, the other half of the problem is population growth.   When you concentrate a huge number of people into small areas, diseases break out.  Indeed, this is why the norovirus spreads in prisons and - ironically - cruise ships.    It is inevitable that as the population of any living creature increases, the odds of an epidemic increase.  This often kills off a huge part of that population, at which point the epidemic peters out as the remaining population is either immune, or has decreased in density to the point where the disease cannot be easily spread.

I am not sure what the point of this is, only that as Covid is declared "over" (before it is really over) and people go back on cruise ships and airplanes as if everything was back to normal, we are quite likely to end up back where we started - if not with Covid than with some new disease, or an old disease rearing its ugly head.  The latest gag is Monkey Pox - apparently an incurable illness that has been found in London and New York.  It is thought that having the smallpox vaccine may make you immune.  We'll see.

People act like a pandemic or an epidemic is some sort of unusual event, an "act of God" that is totally unforeseen.  Yet we should have seen this coming - with world population increasing and international travel increasing at the same time.  The only real "cure" is the same one that stopped pandemics in the past - enough people die off to the point there population density doesn't support the spread of disease.

But as we are seeing today in China and in North Korea, isolation only works so far.  You can lock people up in their houses and wear masks and social distance and so on and so forth, but the end result is that as soon as these restrictions are lifted, the virus spreads like wildfire.  In fact, the analogy is apt.  You can try to suppress forest fires by dumping flame retardant chemicals and water from airplanes.  You can put out those spot fires, but so long as the dry underbrush continues to accumulate, a huge fire is inevitable - one that you cannot put out.  What we have learned is that sometimes letting fires burn in a controlled manner removed the fuel from the forest and oddly enough improves the health of the ecosystem  It's a great idea, unless you happen to be the tree that is burned down.

The advent of nuclear arms has meant that mankind has no way of culling its herd anymore.  World wars, as ugly as they were, reduced the world population - both in terms of casualties and in terms of reduced birth rates.  If population was not reduced, at least growth rates were checked.  It seems we are doomed to suffer, until we can figure out a way to control our population growth and create an economy that is not dependent on continual growth for survival.

Perhaps that was the point of war in the past - the intelligent elites planned and profited from wars, while the least educated and least intelligent were the cannon fodder, much as they are today, as Russian pours more and more conscripts into the meatgrinder that is Ukraine.  But that is an isolated case - we have these small regional proxy wars that do little to attenuate population growth.  Unless we launch the Marching Morons into space, the "go forth and multiply" set will take over the planet.

But not before they die off from a pandemic.  Maybe I am jaded, but maybe the powers-that-be are the ones pushing anti-vaxxer and anti-masker theories, so as to weed out the stupidest segment of the population.  And so far, it seems to be working, too.  How's that for a conspiracy theory?

And again, I am not sure what the point is, other than pandemic might become the "new normal" and we will wedge ever more people onto the surface of this planet (and below it, most likely) by working from home and learning to live like ants in a colony.  The crowded cities of Asia illustrate exactly how much more dense our population can get.  We've got a long way to go.

But of course, this means that for every successive generation, life will be one of lesser and lesser expectations.  My parents dreamed of their "dream home" on a half-acre of land.  Their parents had acres - and the parents before them, hundreds of acres.  Today, the "dream home" is on a tiny lot, with the house built out to the lot setbacks.  But most cannot hope to afford even that - instead settling for a compact apartment or town home, wedged in-between identical apartments and town homes.

I noted before our condo is being torn down to make way for higher-density housing.  It is inevitable as the population grows.  The condo today has a nice greensward outside the door, with plantings and trees.  The block-style condominiums going up all around us have only a few ornamental shrubs by the entrance, and a small patch of grass between the sidewalk and foundation, that is mowed with a weed-wacker.

My expectations for living in that area were much different than those of people today.  Today, people in Northern Virginia are used to a much higher-density form of living - one that I would find unappealing, which is one reason I left when I did.

Yes, this is a long way from pandemics - or is it? Crowded living conditions and worldwide jet travel can spell only one thing - more epidemics and pandemics to come, no matter how fast we create cures or vaccines.

Pretty sad, but there you have it.